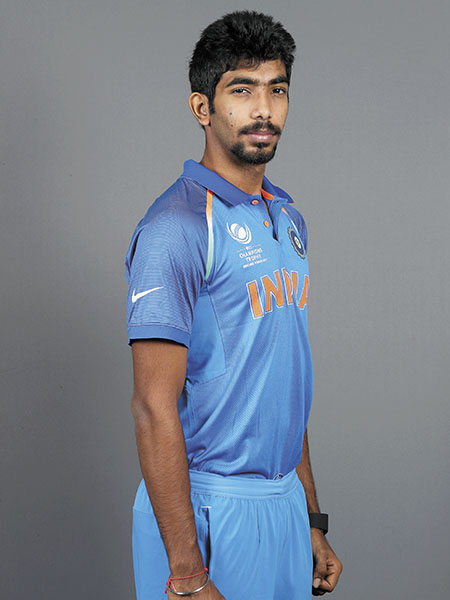 Jasprit Bumrah | 24
Cricketer
During the 2013 Indian Premier League, a deadly bouncer from Jasprit Bumrah hit his Mumbai Indians teammate Mitchell Johnson (of Australia) on the helmet. Recalling that net session, the India cricketer says he was aware that he had express pace, but as a 19-year-old then, he could experiment with a delivery like that only with a bowler since batsmen didn’t like such stuff dished out to them.

The Ahmedabad-born Bumrah’s meteoric rise over the past couple of years has seen him make his Test debut against South Africa this January. And on the back of a stellar 2017—he took 39 wickets in 23 one-day internationals (ODIs)—he was named in the International Cricket Council’s ODI Team of the Year. He’s especially proved to be effective in T20s, using his unorthodox action to bowl toe-crushing yorkers at will in the death overs.

“Bumrah is a deceptive bowler who is confident about his craft. His unusual action makes it difficult for the batsmen to pick him, as the angle from which he bowls is different,” says former India speedster and 1983 World Cup-winning member Balwinder Singh Sandhu.

The emergence of Bumrah as a fast bowler is a refreshing change in a country like India, which is known for its docile pitches. Given his skills, he’s likely to have an ever improving tally in the wickets column.
Click here to view the full Forbes India 30 Under 30 list