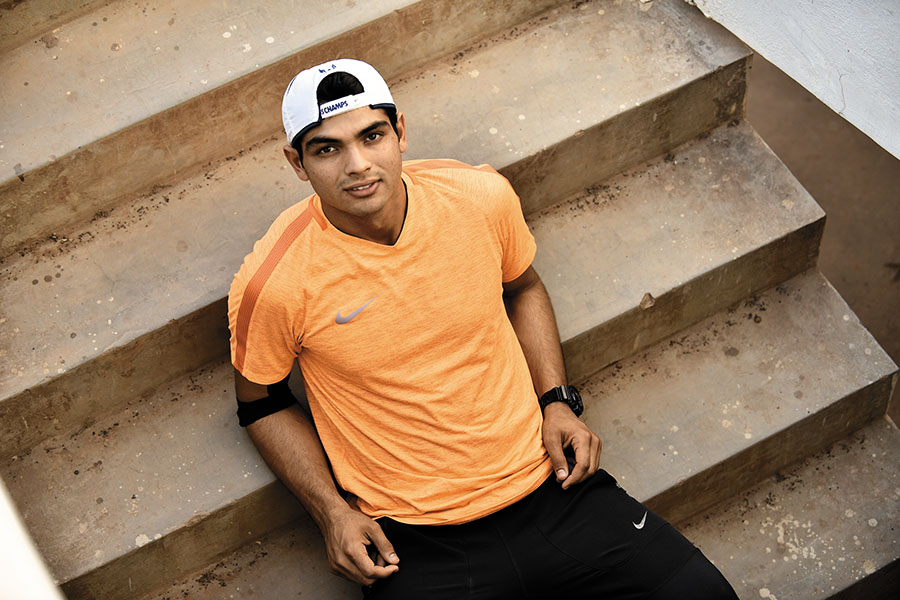 Neeraj Chopra is only the second Indian athelete after Milkha Singh to win both the Commonwealth and Asiad golds
Image: JSW Sports

Weighing around 80 kg at 12 years of age, Neeraj Chopra had to be coaxed by his family, especially uncle Surender, to visit the Shivaji stadium in Panipat to run and get into shape. Running didn’t interest Chopra much, but a few days later, the sight of some of his seniors throwing a javelin caught his eye. Says the boy from Haryana’s Khandra village, “I gave it a shot and did well initially; that developed my interest and I joined training. Since then, there has been no looking back.” And how.

In 2016, Chopra became the first Indian athlete to have a world record against his name when he won gold at the under-20 world championships in Poland.

Last year, he joined the league of legends by winning both the Commonwealth and Asiad golds, only the second Indian athlete to do so after Milkha Singh in 1958. He ended the year on a high by finishing fourth at the prestigious Diamond League, pushed out of the podium position at the last minute by reigning Olympic champion Thomas Rohler of Germany.

“I think I always knew it is part of sport, but that Diamond League final really drilled into me that one must always be in the competition till the very end, and be able to throw your best even on the last throw,” says Chopra. It’s a lesson he will do well to carry into 2019, the year that builds up to the 2020 Tokyo Olympics.

Chopra, who is now training in South Africa, seems well aware of the occasion. And if Mustafa Ghouse, CEO of JSW Sports that has supported the athlete since 2014, is to be believed, Chopra is a big-stage player. “When we saw Neeraj as a 17-year old, he came across as a naturally gifted athlete. He ticked all the boxes for us to think that he would be able to succeed at the highest level. Additionally, what sets him apart is how mentally strong he is. He is completely unfazed by pressure situations,” says Ghouse.