Bhuvan Bam: Making of a star

The first Indian YouTuber to hit 2 million subscribers, Bhuvan Bam now has 16 million, and was recently invited to the World Economic Forum 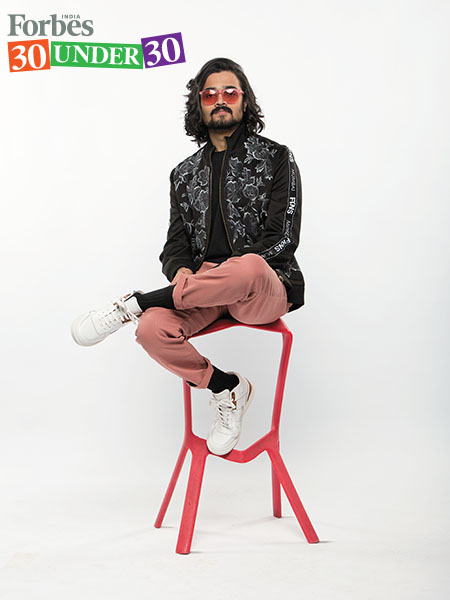 When Bhuvan Bam shot a video mocking a reporter who was asking a woman pointless questions during the coverage of the 2015 Kashmir floods, little did he know that it would be a turning point in his career.

The video went viral on social media and following a friend’s advice, he started uploading videos on YouTube by starting a channel called BB Ki Vines. Within a year, he had hit 2 million subscribers, becoming the first Indian YouTuber to do so. “My initial audience was from our neighbouring countries. My videos went viral in Bangladesh and Pakistan. My fans thought I’m from Karachi. After 7-8 months, I started getting viewers from India,” says Bam, who was awarded at the WebTVAsia Awards 2016 in Seoul, South Korea, for running the most popular channel in India.

Born in Vadodara and raised in Delhi, Bam ultimately followed his passion for music and released a music video ‘Sang Hoon Tere’ in January 2018. This was followed by ‘Teri Meri Kahani’, ‘Safar’ and ‘Rahguzaar’.

Bam, who is well-known for his characters like ‘Bancho’, ‘Titu Mama’, and ‘Hola’ has more than 16 million subscribers on his channel. His popularity meant that when he started a new digital series on YouTube called ‘Titu Talks’ in December 2018, his first guest was Shah Rukh Khan, followed by adult entertainment star Johnny Sins. Bhuvan also performed a live set of ‘Titu Talks’ with filmmaker Karan Johar at the YouTube FanFest in Mumbai.

Bam has also worked in a short film Plus Minus. “I first met Bhuvan during the promotions of Haraamkhor. We hit it off and became friends. One day over lunch we pitched him the story of Plus Minus. It was magic to see his eyes light up. We decided to produce it together,” says Guneet Monga, founder of Sikhya Entertainment. The film went on to become the fastest growing video on the internet in 2018 and won the 2019 Filmfare Award for Best Short Film.

“With the kind of creators emerging in India, the future of content creation is bright. At times I feel there are more creators than viewers. The digital medium has provided a platform to budding artists to voice their opinion, for free,” says Bam, who was among the several YouTubers invited to the recent World Economic Forum.

Tweets by @forbesindia
BharatAgri: Farming with data
Worried about high BP? Mind your stress and weight