At just 17, Chaudhary has won two golds at the Asian Games, the Youth Olympics and the ISSF Junior World Cup (where he shot a world record score), and now has a ticket to the 2020 Tokyo Olympics 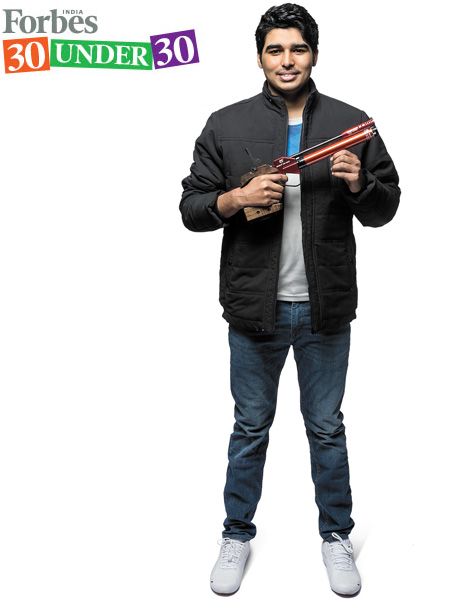 Like any other shy adolescent of his age, Saurabh Chaudhary is a teen of few words. But with two world records to his name at 17, it’s only fair he lets his CV do all the talking.

That he was a man among the boys was evident in 2018, when Chaudhary won gold medals at the Asian Games, the Youth Olympics and the ISSF junior World Cup, where he shot to a world record score. But what’s more telling is that last February, at the Dr Karni Singh Shooting Range in Delhi, Chaudhary made his debut in a senior ISSF final and earned a world record in 10 m air pistol that not only fetched him a gold, but also a ticket to the Tokyo Olympics. “It was one of my proudest moments,” says Chaudhary, a resident of Kalina village in Uttar Pradesh’s Meerut district. “It’s my first Olympics and I wish I can bring home the gold like Abhinav Bindra, my inspiration in shooting.”

Like his hero Sachin Tendulkar was introduced to cricket by his brother, so was Chaudhary to shooting by his sibling Nitin, when he took him to coach Amit Sheoran in 2014. He was always a fan of the toy gun, but at the range too, he impressed Sheoran with his focus and composure. “Initially, he stuck to what was told but, as time progressed, Saurabh always strived to do more,” says Sheoran. His quest for excellence was visible in 2019 when he followed up his world record feat with another gold in individual and four in mixed team events (with Manu Bhaker).

“Most athletes tend to go downhill after reaching a certain level. But Saurabh is disciplined. If he continues like this, he will have at least another 20 years ahead of him and will win many more medals,” says Sheoran.