The youngest sales leader at the beer company, Bakrewala helped Bira and Boom expand to five geographical clusters in a year. 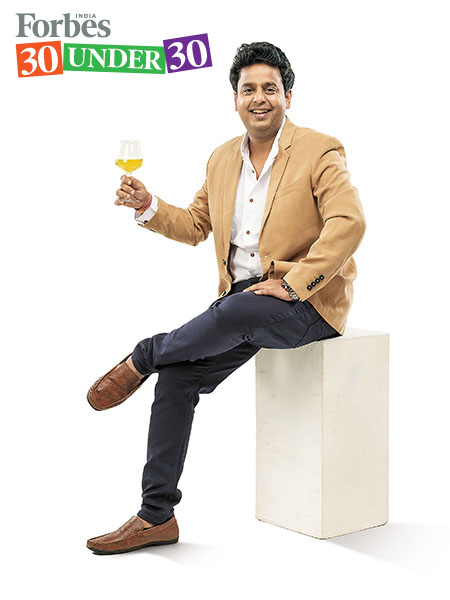 Vikash Bakrewala’s cricket coach at his Jamshedpur school would always emphasise that a captain is only as good as his team. The teenaged captain couldn’t understand the message though. His engineering and management courses at Manipal Institute of Technology and IIM Kozhikode, too, couldn’t drill the message into him. Where education failed, work experience succeeded.

“Leadership is not only about leading the team down below,” says Bakrewala, division director, sales and marketing (South India), at B9 Beverages, the maker of Bira 91 and Boom beers. Leadership, says the youngest sales leader in his company, is about being a team player across the board, among peers and across functions. “These are lessons learnt outside the walls of B-schools,” he adds. Success in sales and marketing, Bakrewala says, hinges on how passionate and motivated the team is, in addition to having a lineup of great products. “B9 Beverages has a right mix of both,” he claims.

After finishing his internship at Britannia Industries in 2015, Bakrewala, 29, joined Vodafone as area sales manager in 2017. “The stint at Vodafone taught me why a team matters and how to lead a team,” he says. After a brief employment at the telecom service provider, he joined B9 Beverages and worked with his team to expand the brand’s presence from Bengaluru to five geographical clusters—North Karnataka, coastal Karnataka, South Karnataka, Puducherry and Kerala—in a year.

What gives Bakrewala a kick is connecting with people, and the right pitch. “If you’re not meeting a new person, whether retail customer or consumer, you’re not doing sales right,” he says. And what would be his success mantra? The answer is an unambiguous ‘team’. After all, a captain, Bakrewala recalls the quote of his school coach, is only as good as his team.

Tweets by @forbesindia
30 Under 30: The young, relentless achievers of 2020
Triton Foodworks: The urban farmers