Housing.Com: Born Out of its Founders House Hunt

Rahul Yadav, Advitiya Sharma and 10 other co-founders of Housing.com needed a simple tool to find housing after they graduated. So they built one 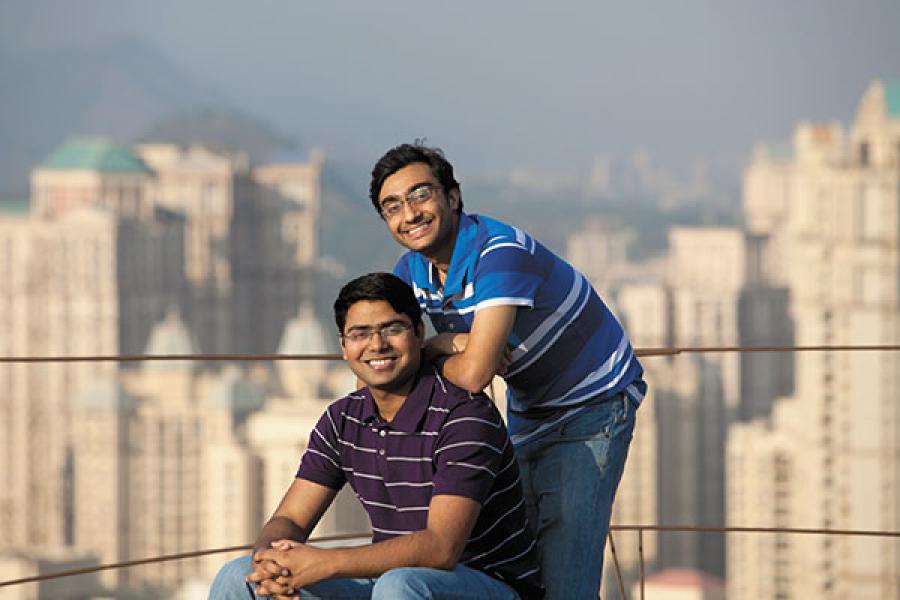 Every time Suvir Sajan, co-founder of Nexus Venture Partners, leaves the Mumbai office of Housing.com, he has a smile. “I get emails from them at 5 am in the morning,” says Sajan about one of his investee start-ups. Not that he is complaining. “They know what they’re doing and that’s refreshing to see.” This is high praise from someone who has invested in startups like Snapdeal.com and Olx.in. “I know I’m biased, but I’d go so far as saying they are a poster child for the new India.”

Speak to Rahul Yadav, Housing.com’s CEO and you realise why. The 24-year-old from Alwar, Rajasthan, wasn’t the finest, academically: He ranked 20th in a class of 30 in his Class 10 exams. Then a sarcastic comment from his uncle about his grades changed his life. In his Class 12 board exams, Yadav topped Rajasthan in physics-chemistry-maths, based on which he got a 75 percent scholarship for preparing for IIT-JEE. He became class representative in his second year at IIT Bombay and, later, secretary of its student association. As part of his election manifesto, he had to create a question bank from old exam papers. This sparked his technopreneurial bug and he built the popular Exambaba.com.

But Yadav wasn’t a techie, so he started coding from scratch. “If you’re sincere at IIT, you can get good grades. You don’t need to be really smart,” he says. “It was my first coding project; that’s where I became interested in the online space.”
The institute even made Exambaba the official IIT-B archive before eventually shutting it. But Yadav had learnt his lesson: If something doesn’t exist, build it yourself, and if it doesn’t work, move on.

After a brief internship in Israel, he returned to build apps for Google Chrome. And then, in his final year, he dropped out of IIT. “If things aren’t working, I can write them off,” he says disparagingly. “The problem with Indian start-ups is that people spend years on the same ideas that just don’t work!” He says his parents still don’t know he has dropped out. (And “thank god they don’t read Forbes!”)

Co-founder Advitiya Sharma, 24, another self-professed small-town boy (from Jammu) and Housing’s chief marketing officer, had been warned about the difficulty of finding a house after graduating. When he and Yadav started contacting brokers they realised how limited the information on online listed properties was; they also realised how good the money in Mumbai’s real estate brokerage business was.

They eventually took a house in Powai, close to the IIT-B campus. “Many people from IIT-B were taking houses there,” says Yadav. That’s also when they figured out that since they had a good network of prospective clients among their IIT friends and batchmates, they might as well become brokers. “The money was good. We were making Rs 1-2 lakh a month,” he says.

But to go national as brokers for residential properties would require extensive local knowledge, which they did not have. So they shifted business models: From broking to classifieds, and Housing.co.in was born in 2012.

Renamed Housing.com in 2013, it is one of the hottest tech start-ups in India, with over 750 employees across 10 cities. It has attracted three rounds of funding—including $2.5 million from Nexus Venture Partners—in 18 months, and is closing in on the 1 lakh per day unique user mark; established competitors like 99Acres (owned by Info Edge) and MagicBricks (of the Times Group) took a decade to get there. With 75 percent month-on-month growth in individual landlord listings and 100 percent increase in brokers’ listings, their scale can be attributed to their USP: Giving clients a near-perfect sense of properties and delivering realistic leads to brokers.

Housing.com sends out teams to take photographs of properties and survey nearby amenities. “At the age of 23-24, they have built operational capabilities we usually see in 28- and 29-year-olds,” says Zishaan Hayaath, an IIT-B alumnus and an angel investor who put in around Rs 50 lakh.

“While everyone else is trying to target prime, revenue generating consumers, they seemed like the only guys who had identified a consumer pain point and solved it,” says Sujan. The pain point is obvious to anyone who has gone house-hunting in India. Why was the actual apartment so different from the one in the photograph? Why was it 20 minutes from the train station, rather than the quoted 10? Why was the property listed even though the apartment wasn’t available?

“When we said we would take photos of every apartment, people called us crazy,” says Yadav. It’s been hard work. “We don’t have social lives,” he says. But it’s been worth it.

Walk through their Powai office to see how far they have come. Sharma, the gregarious, media-face of the company, plays guide. A state-level footballer for Jammu, Sharma, in crumpled jeans and sandals, looks every bit the new-age technopreneur. Overlooking Hiranandani Gardens, and the Powai Lake beyond it, the premises include the Zen room (for quiet and meditation) and the Data Science Lab (DSL), where the magic happens.

After all, marrying data and analytics is what Housing.com is betting on to disrupt the market: The DSL crunches information (like offline transactions) from brokers to create innovative features such as a heat-map of the city based on per sq ft prices, a topographic representation of amenities near property locations and time-decay algorithms to check by when a listing should have materialised into a deal. The team is busy preparing for the launch of a one-stop portal for large developers, fresh after a product for paying guests.

It is apparent that their alma mater is in Housing.com’s DNA. The website is a prospective recruiter on the first day of campus placements at IIT-B. “Bright guys hiring brighter guys,” as Sujan puts it. There are 70 people in their Mumbai HQ—60 are under 24.

Now for the rider: This has just been the first step: Shobhit Agarwal of real estate consultants, Jones Lang LaSalle, says Housing.com is adding to awareness, transparencies and institutionalisation of the market, especially for NRI customers and remotely placed people.

However, actual deals still take place offline and the consumer still has to interact with the broker and other stakeholders. “I want to reach a stage where we have a little ‘add to cart’ button next to each listing,” says Yadav. Till then, Housing.com is taking it one click at a time.