Kidambi Srikanth: The third Indian man to break into the top 5 in world badminton 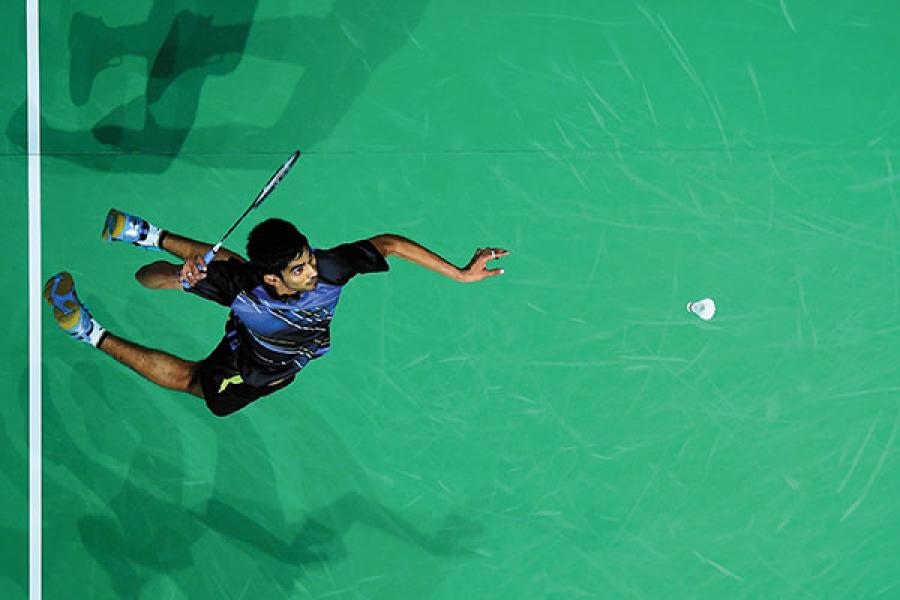 Beating China’s Lin Dan at the China Open is some achievement. To put it in perspective, Lin Dan is a five-time China Open champion, a five-time world champion and a two-time (and defending) Olympic gold medallist. Beating Lin Dan in front of his own audience is similar to defeating Rafael Nadal on clay in Madrid or winning a Test series in Australia. It doesn’t happen often. But in November 2014, 21-year-old Kidambi Srikanth pulled it off, capping a stellar rise in his career. Consider that in 2012, the boy from Guntur district in Andhra Pradesh was ranked 240th in the world. By the end of 2013, he was No. 47. He finished 2014 ranked 4th. He also earned around $50,000 for winning the China Open and got Chinese sports brand Li Ning as equipment and apparel sponsor.

He may be the toast of Indian badminton today, but his first coach, Sudhakar Reddy, remembers a very different player. Reddy first met Srikanth in 2001 at an Andhra Pradesh state under-13 championship. He and his elder brother Nandagopal (already a state champion) were selected to the Andhra Pradesh government academy. At just 8, Srikanth was by far the youngest in the academy’s boys’ hostel. “Srikanth was a very lazy fellow. He never worked hard and was a poor eater,” says Reddy. “His brother was hardworking. Srikanth is technically very sound on strokes but physically he was very poor and had a lot of room for improvement.” There’s nothing like a childhood coach to tell it like it is. After a disappointing loss at the 2011 junior nationals in Jaipur, Reddy gave Srikanth a major telling off. “What nonsense are you doing,” he told him. “Next year, you’ll be playing with the men. What will you do then?”

Something had to give. Srikanth joined All England champion Pullela Gopichand’s badminton academy in Hyderabad in December 2009. Around the same time, he was selected to be part of the GoSports Foundation’s PACE Scholarship. (GoSports is a non-profit, donor-funded organisation that nurtures Indian athletes; PACE is a programme aimed at developing young athletes as they make the jump to senior-level competitions.)

“His biggest quality is that he isn’t afraid to play big matches despite going through some early exits in his career,” says Gopichand. “He has an unorthodox game in terms of strokes. That keeps his opponents on their toes all the time.”

Under Gopichand’s tutelage, Srikanth has changed his approach. “During my under-15 and under-17 days, I used to play a lot of doubles,” says Srikanth. “It was Gopi sir’s decision that I should switch from being a doubles player and concentrate only on singles.”

Apart from playing with senior Indian players at Gopichand’s academy, he’s also benefited from rubbing shoulders with the world’s best during the Indian Badminton League (IBL). “IBL also gave us an opportunity to be a part of the same team as some of the world’s most promising talent,” says Srikanth. He was bought by the Awadhe Warriors for $34,000 in 2013 and, along with PV Sindhu and Olympic gold medalist Markis Kido (from Indonesia), helped the team finish runners-up in the tournament.

Former coach Reddy says this process has made him “mentally strong”. “He can use doubles strokes in singles matches; not every player can do this. Because of his doubles experience, he’s fast and good on the net. He has improved his smash power too,” he points out.

Gopichand, too, is satisfied. “2014 has been an exceptional year for him as he’s grown stronger physically. He has also started to believe in himself,” he says. “That gives him an edge and helps him in his game.”

Appreciation from his idol is perhaps the icing on his already rich cake. “For me, the love of badminton started after watching Gopi sir win the All England Open Championships in 2001,” he says. “He has been the cornerstone of my success over the past few years.” He’s always had natural talent, but a new work ethic and a shift from doubles to singles have led him to become one of India’s brightest medal hopes at the 2016 Rio Olympics.

And even the no-holds-barred Reddy has little doubt Srikanth will deliver. “He’ll be 22 at the 2016 Rio Olympics. Hundred percent, he will win a medal. He has lots of time. If not, hundred percent in Tokyo 2020.”

The qualification rounds for the Olympics will go on till the end of 2015, so Srikanth has to perform throughout the year.
“This is a crucial year in that sense. My advice for him would be to put his head down and work hard,” says Gopichand. “There might be a few hitches on the way, but that’s a minor thing. Hard work overcomes everything.” 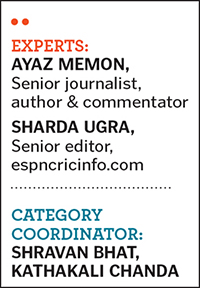 And Srikanth will do well to heed this advice. After all, he is dreaming big. “Winning an Olympic medal is every athlete’s dream, mine too,” he says. “But my biggest goal as a player is to be the best player in the world—World No 1. Winning the Olympic gold medal in Rio, ranked No 1 in the world would be great.”

For that, he just needs to keep up his work ethic and mental strength. Or else, another stern telling-off is not far away.
Here is the full list of 30 Under 30 for 2015 and its methodology