Steps that helped Urban Ladder climb to the top 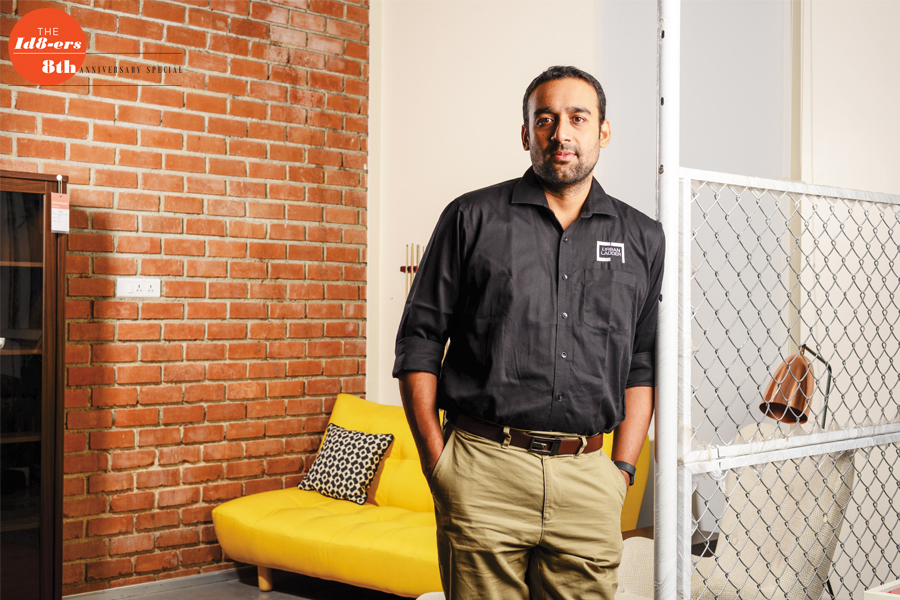 Rajiv Srivatsa, co-founder and COO, Urban Ladder, focuses on quality and customer service
Image: Bmaximage
When IIM batchmates Ashish Goel and Rajiv Srivatsa moved to Bengaluru in 2007, both found it difficult to do up their homes. The furniture and the decor were either of poor quality or tacky. “It was an experience best forgotten,” recalls Srivatsa, who had earlier worked with Yahoo, Cognizant and Infosys, and was shifting base from Chennai. (Goel was a former COO of Amar Chitra Katha and had moved to the city from Delhi.)

But the hard-nosed entrepreneurs (both 38 years old) sniffed a business opportunity in this personal pain point: Why don’t they themselves deliver distinctive products and allow customers to set up their homes without having to step out? The duo spent close to six months studying the market and in July 2012, launched Urban Ladder, an online furniture store.

In just under five years, the company has built up over 4,000 products across 35 furniture categories and has operations in 18 cities. The startup’s growth has been fuelled by venture capital funding to the tune of $77 million. Its investors include Sequoia Capital, Steadview Capital, SAIF Partners and Kalaari Capital. Industrialist Ratan Tata—who holds a degree in architecture from Cornell University—is also an investor in Urban Ladder.

“ We truly believe in the value of ‘customer obsession’. It is one of our core values and defines most of what we do.

“As an organisation, we truly believe in the value of ‘customer obsession’. It is one of our core values and defines most of what we do,” says Srivatsa, co-founder and COO. “Whenever we are stuck at a crossroad, we ask ourselves, ‘What is the right thing for the customer?’ It's easy to get distracted and try and do a lot of things, but then you will end up biting more than you can chew.”

It’s this philosophy that has steered Urban Ladder through difficult situations, one of which came pretty early on in its journey. When it started, it had launched pan-India operations by working with third-party logistics teams to deliver furniture across the country; for Bengaluru, its headquarters, it had set up its own delivery team. Soon, they were flooded with complaints of product damages from all over India, except Bengaluru.

“We realised that a category like furniture needs special care during transit and post-delivery services like assembly and installation,” says Srivatsa. “That’s when we decided to take the tough call of rolling back from all other cities (except Bengaluru) and re-launching only with our trained delivery and logistics teams.” While a rollback usually makes bad press, it was a decision that, in hindsight, helped Urban Ladder establish itself as a brand that stands for quality and customer service: Over 45 percent of Urban Ladder’s buyers are repeat customers.

Srikanth Iyer, venture partner at Unitus Seed Fund, tells Forbes India: “They (the founders) have made Urban Ladder a good consumer brand and have built a decent customer experience, better than most in India.” Iyer, who is also the co-founder and CEO of HomeLane, a startup furniture etalier backed by Sequoia Capital, adds, “They have managed to get the right mix of products for their target segment of the middle- and upper middle class. However, they still need to do some work before their products are relevant to a broader base of tier 2 towns and below.”

Tweets by @forbesindia
Chumbak's Shubhra Chadda cashed in on India's love for the quirky
Welspun India: Out of the woods