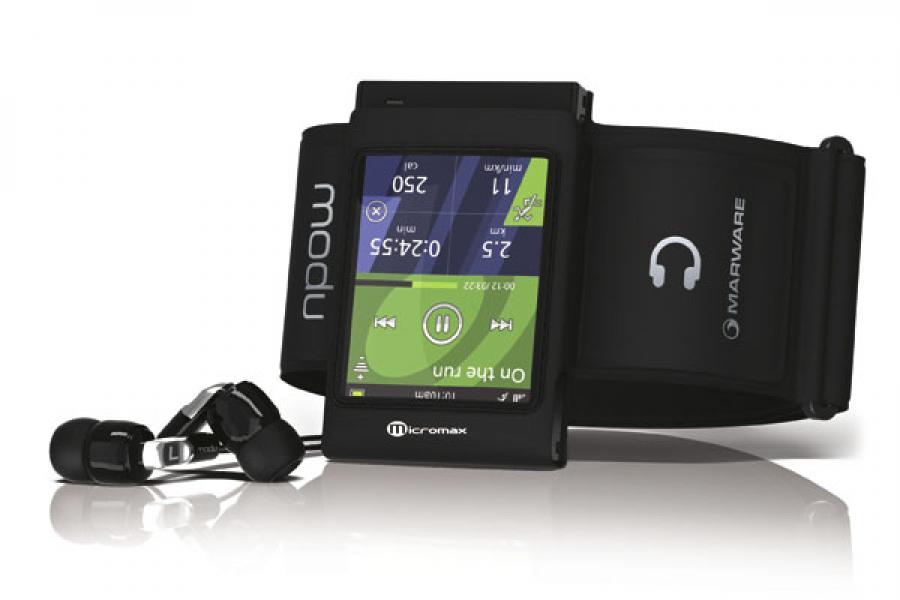 When placed on the office desk, most people who passed by did not believe this was a phone. It is the smallest touch screen available in the Indian market.

It takes a little time to get used to, especially since the user manual is all of one card, albeit with instructions on both sides. The basics are figured out, phone charged, you are set to go.

It is a charming device, and it’s not just the small size. The big deal is the ability to attach hardware; a camera, for instance (which comes in the box; also provided, a sports band). In theory, you can attach other hardware to the phone. What this other hardware could be is a mystery: The Micromax Web site does not offer clues, and the Modu T site isn’t up yet, as of this writing.

The camera is decent. The other plus: The audio volume. For a music lover, and an exercise freak, Sportify makes it easier to drown out the pain with music as you walk.

But the touch screen is a huge let-down. Unlike a regular touch-screen, where you can just slide your finger up or down anywhere on the screen, here only the left of the screen responds. It makes navigation from the apps menu difficult, and it takes a while to get used to scrolling messages, for instance, since graphic user interfaces have trained us to find scrollbars on the right.

The battery life is bad; you get three hours of talk time, and it takes that long to charge fully. Additional irritations: It locks once you are in a conversation, so if you have to send off an SMS while you’re talking, be prepared to swear softly.

But hey, it is cute.