How Ameera Shah powered the rise of Metropolis Healthcare 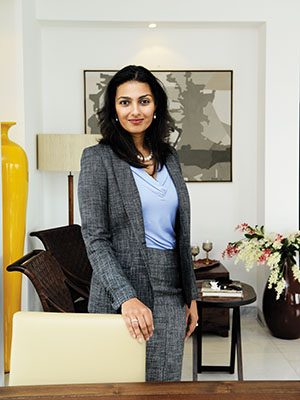 Ameera Shah’s earliest memory of work is summer internships at ages 9 and 10 at her father’s pathology lab in Mumbai. She’d welcome clients, answer calls and write out receipts. Shah even recalls striding into Dad’s office one day and asking him to let her call him “sir” so that people wouldn’t treat her like the boss’ daughter.

From that humble start Shah, 35, is now CEO, promoter and managing director of the $350 million (valuation based on P/E multiples for diagnostics companies) Metropolis Healthcare. Since joining her doctor dad’s pathology lab in 2001 she has expanded it from one lab with revenue of $1.5 million and about 40 employees into a multinational chain of 125 with $90 million in revenue and 4,500 employees. (Dad took a back seat a few years ago.)

In 14 years Metropolis has grown to span India and seven other countries, including Sri Lanka, the UAE and Ghana. The diagnostics company offers 4,500 tests–everything from basic blood screening to specialist genetics tests–and processes more than 15 million tests annually.

Metropolis isn’t without domestic competition–from the likes of Dr. Lal Path Labs with 150 labs and SRL Diagnostics with 275 labs, both based in Gurgaon, near New Delhi. But Shah envisioned a pan-India chain way back in 2001, when she returned from the U.S. with a bachelor’s degree in business administration from the University of Texas at Austin and a short work stint at an Austin start-up.

She began by forging partnerships with pathology practices run by individual doctors across the country. Shah–along with her dad–bought out majority stakes in the practices and every year a few partners would join and Metropolis would grow.

Shah says she had to deal with a fair amount of prejudice in the male-dominated diagnostics profession. Often when she walked in with a junior male employee to visit a potential partner she was mistaken for the secretary.

“It was terrible at first,” laughs Shah. “People see a woman and they automatically assume that she has to be the secretary and not the boss.” But now she’s used to it. Over the years she’s signed 25 partners and expanded Metropolis’ presence into southern, eastern and northern India.

In 2005 she made her first international foray, tying up with Nawaloka Hospital in Sri Lanka. She zeroed in on the island nation when she realized doctors were sending test samples to Singapore for analysis. The next logical market was the Middle East, where samples were being sent to Europe. So, in 2006 she entered the United Arab Emirates, starting in Dubai, then Sharjah, Ras Al Khaimah and Abu Dhabi. After that she moved to South Africa, Kenya, Mauritius and Ghana.

Metropolis’ 25 global labs now contribute about 25% of its revenue, but Shah wants that to be 50% in the next five years. She’s betting big on Africa, where she has worked for nearly seven years to set up a base.

“Africa is seen as a risky market, but today we are strategically expanding to more locations there,” says father Sushil Shah, 65. While he’s involved in the business at a macro level, his daughter calls the shots. “She approaches me only if there’s an issue or if she needs another viewpoint,” he says, adding, “These meetings are increasingly decreasing.”

Shah stresses the importance of her work but she’s also very focused on having a balanced life, playing tennis twice a week, training at the gym and enjoying outdoor activities from trekking to sailing. “I love the sun, not the AC,” she says

Meanwhile, back at work, ownership change may be in the offing. Warburg Pincus is looking to exit in the next 12 months (in line with the usual P/E investment time frame of five years). This has sparked reports about possible new investors.

“Many P/E firms have shown interest in backing me,” says Shah, adding, “There’s no possibility of me selling out, as people have put money behind me. My goals are to grow this much bigger.”

(This post has been updated to include an additional reference.)