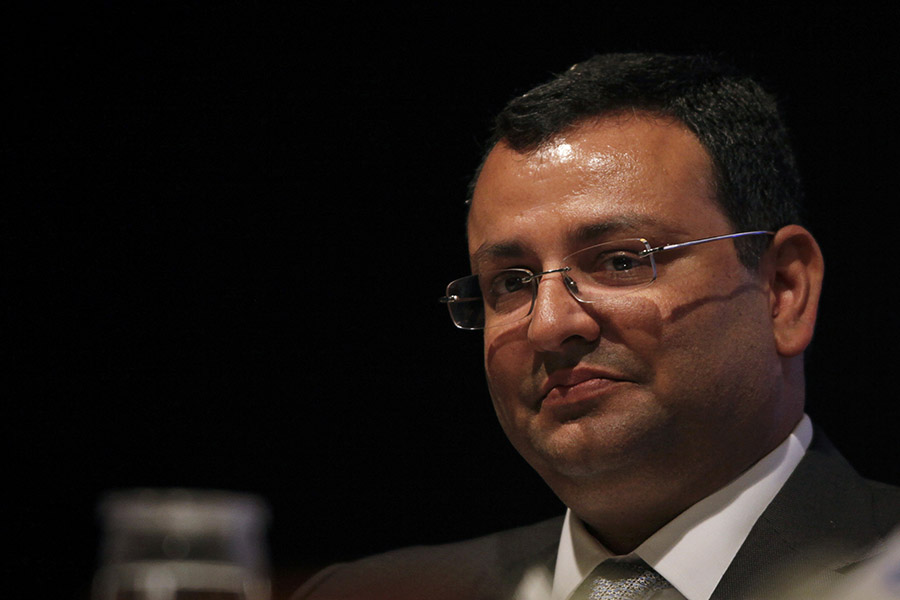 The National Company Law Tribunal (NCLT) has fixed dates of January 31 and February 1, 2017 to conduct final hearings in the case filed by Cyrus Investments and Sterling Investments, two Shapoorji Pallonji Group firms against Tata Sons, of which the former collectively own 18.4 percent; its directors; the Tata Trusts, which own 66 percent of Tata Sons; and their trustees, including Ratan Tata.

On December 20, Cyrus Mistry, who was unceremoniously sacked as Tata Sons chairman on October 24, moved NCLT – through the two aforementioned firms – alleging mismanagement of Tata Sons, and oppression of the company’s minority shareholders such as his family. The suit filed by Mistry also alleged abuse of Tata Sons’ Articles of Association (AoA) by outsiders, breakdown of governance and loss of ethical value.

While Mistry’s family firms are the petitioners in this case, he himself has been listed as a respondent, along with Ratan Tata, Tata Sons directors and the other trustees of Tata Trusts.

The judicial member of NCLT’s Mumbai bench, BSV Prakash Kumar, who heard the matter for the first time on Thursday, also refrained from providing any interim relief to the petitioners, as sought by them. Arguing the petitioners’ case before the NCLT, senior advocate Aryama Sundaram had asked the tribunal to ask Tata Sons to refrain from issuing any fresh equity that would dilute the Mistry family’s holding in the company, effecting any changes to the AoA of the company, and direct Tata Sons not to remove Mistry as a director on its board.

Instead, the tribunal, with the consent of both sides, asked Mistry (as a respondent) to respond to the petition over the next one week. All the other respondents have been given 15 days (from Thursday) to file their response to the petition. Over the next 15 days thereof, the petitioners and Mistry can file affidavits or rejoinders to the information placed on record before that. Pursuant to all submissions, the NCLT will hear the petitioners’ final arguments on January 31 and the respondents’ final arguments on February 1. Though Kumar didn’t specify when he would pass a final order in the matter, he indicated that it won’t be too long after the closing arguments are recorded. It was also agreed upon by both parties that they won’t file any other interim application at any other forum as long as the case is pending before the NCLT.

Sundaram, who spoke for 90 minutes at the hearing on Thursday, stated the Mistry was suddenly removed as chairman during Tata Sons’ board meeting on October 24 – despite the proposal for his removal not explicitly featuring on the agenda – since the former chairman was trying to highlight “malpractices” within the group over the last three to four months before his dismissal. These issues included discussion over a forensic report prepared by consulting firm Deloitte on the alleged Rs22 crore-fraud at AirAsia India, the proposal to move legally against Siva Group chairman, C Sivasankaran, who is a shareholder of Tata Teleservices (TTSL) and considers himself close to Ratan Tata. Sivasankaran had refused to pay his portion of the compensation due to TTSL’s Japanese partner DoCoMo, pursuant to an international arbitration award in the Japanese company’s favour. At a Tata Sons board meeting on September 15, Mistry sought the board’s approval to move legally against Sivasankaran, but, according to the petitioner, that information got leaked to Sivasankaran, who pre-empted Tata Sons’ move and filed a legal notice of his own claiming mismanagement of TTSL and oppression of shareholders like himself.

Sundaram also accused Ratan Tata of influencing the commitment of additional support and resources to keep loss-making concerns like Tata Steel Europe and the Tata Nano project afloat, at the cost of the shareholders of these companies.

During the course of the deliberations, Kumar asked Sundaram to furnish material evidence to support the petitioners’ claims and prove any nexus between the likes of Ratan Tata and Sivasankaran, as has been alleged. At one stage when Sundaram argued that decision to persist with the Nano and Tata Steel Europe were taken to “pamper Ratan Tata’s ego,” Kumar questioned: “Are there any documents to prove this?”

Appearing on behalf of Tata Sons, Abhishek Manu Singhvi stated that the structure of the conglomerate (where Tata Trusts owns 66 percent of Tata Sons, which functions as the main promoter shareholder of different group operating companies, many of which are listed), which the petitioners have claimed has led to undue interference in the management of Tata Sons and the operating companies has been around for years – even when Mistry had been a part of the Tata Sons board as a directors since 2006.

“The National Company Law Tribunal today did not grant any interim reliefs in the company petition,” said a Tata Sons statement issued after the tribunal hearing on Thursday afternoon. “Tata Sons believes that the petition is not maintainable in law and the court will hear Tata Sons on the issue at the outset in the next hearing. Tata Sons does not wish to state any further since the matter is sub-judice.”