Even as big brother PolicyBazaar has garnered all the attention, PaisaBazaar is making a significant dent in the online market for loans without collateral. Excerpts from an interview with CEO Naveen Kukreja 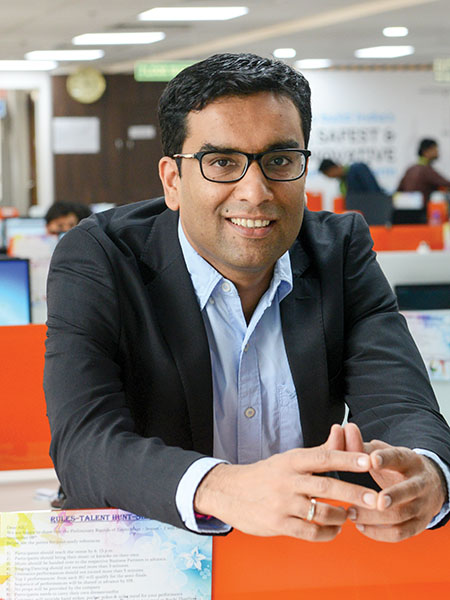 PaisaBazaar was born out of the realisation that lending is as big an opportunity as insurance, says CEO Naveen Kukreja. The unit was started in 2014 under Etechaces, based on the philosophy that financial services, including banking and lending, were both under-penetrated and opaque in India.
The business started focussing on unsecured lending products—credit cards and personal loans, which were more amenable to digital platforms and technology. These are products where the lender doesn’t need to know as much about individual borrowers as about the segment to which the borrower belongs. “The lender chooses you,” points out Kukreja, who has previously worked at Citigroup and Capital One.

PaisaBazaar, therefore, focussed on adding value at both ends—the consumer should get the best options, and the partner banks must make money by selling loans. Over the last four and a half years, PaisaBazaar has expanded into most of the borrowing products that a retail consumer would need—from car loans to education loans.
“I always charge on success. Once we’ve got a partner in, we’ve never lost them. We make it work for both sides and then look to scale it up.” In doing this, PaisaBazaar works with the largest banks, such as HDFC Bank, and the newest startups such as Oye loans.

About 18 months ago, it also decided to get into investments, with digital savings accounts and mutual funds. It has just launched a digital gold product and will soon get into fixed deposits and PPFs. “We have grown to become the largest lending marketplace in India, accounting for half the online share of loans sold via aggregators,” Kukreja says.

This year, the company is close to $1 billion in loans sold, on an annualised basis. That’s `500 crore in monthly disbursals. About two-thirds of the disbursals comprise unsecured loans. In this segment, “we probably are the third largest digital platform in the country, after HDFC Bank and SBI,” Kukreja says.

From a market share perspective that is only about 2 percent of the total sales of such loans, but from a pure digital perspective, “that’s a good milestone,” he says.

Tweets by @forbesindia
For PolicyBazaar, health care's the best policy
Madrid: A beautiful blend of all things foreign and domestic