The most Expensive Pharma Deal ever

It took four hours for Ajay Piramal to negotiate a whopping $3.7 billion valuation for his generics business with Abbott. Just how did he pull it off? 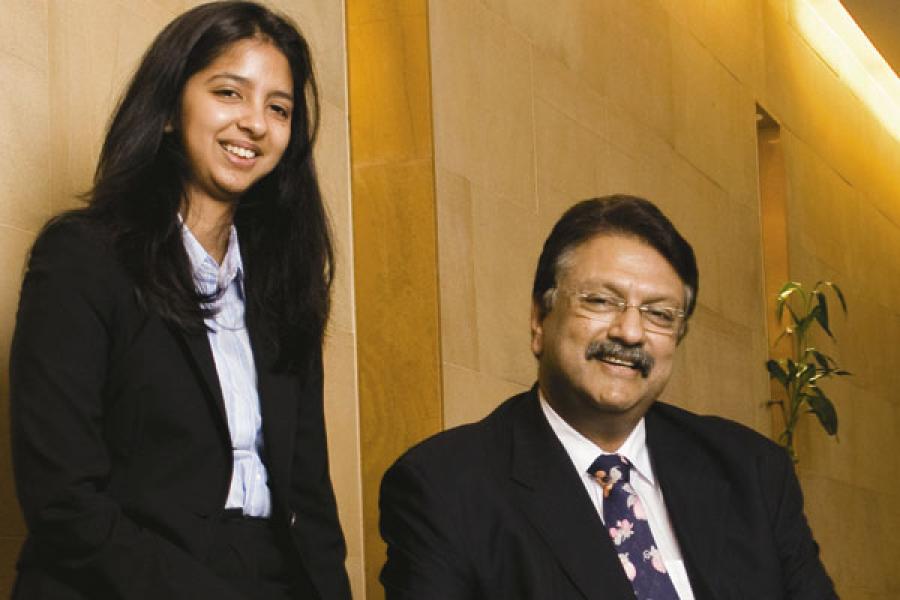 Image: Dinesh Krishnan
DEAL MAKERS Ajay and Nandini Piramal carried out the deal all by themselves

The secret rendezvous was set at a hotel in Dubai early this year. Ajay Piramal, the chairman of Piramal Healthcare, India’s fifth largest pharmaceutical company, and his daughter Nandini had a two-hour meeting lined up at this carefully chosen neutral location. They met up with Miles White, chairman of $30 billion Abbott Laboratories, the world’s seventh largest drug maker. A couple of weeks later, the Piramals met another senior Abbott executive Olivier Bohuon, executive vice president pharmaceutical business for a couple of hours. During his meeting with White, Piramal handed over a succinct three page note detailing his basis for the valuation. White would have to revert within a week, if the deal was to be consummated. Eventually, White did get back, and offered nearly as much as Piramal had asked for.

Today, most pharma industry watchers would die to get hold of a copy of that note. After all, it formed the basis for the Rs. 17,500 crore deal that Piramal clinched for a business that he had started 22 years ago with a capital of just Rs. 16.5 crore. This isn’t quite the biggest deal in the Indian pharmaceutical industry. In 2008, Japanese firm Dai Ichi paid $4.6 billion for a 50 percent stake in Delhi-based Ranbaxy Laboratories, India’s largest pharmaceutical company. Yet the valuations would make it one of the most expensive, especially for a firm like Piramal which sells inexpensive, off patent drugs (also called generics). Abbott will eventually pay Piramal nine times the current sales, 60 percent more than what the Delhi-based Singh brothers — Malvinder and Shivinder — got for selling their stake in Ranbaxy.

Piramal did not rely on any advisors or investment bankers. He says that he arrived at the deal valuation after a few discussions with his daughter Nandini, who is now an executive director in the company. “It took about four hours of my time to negotiate the deal,” says Piramal. Only two executives from Piramal’s side assisted Abbott’s team in conducting their due diligence over a couple of weeks.

Despite the huge premium it is paying, there are, of course, quite a few advantages for Abbott. It will get total control of Piramal’s domestic drug sales business, plus a factory in Baddi, Himachal Pradesh, that manufactures these products. Unlike Ranbaxy, Abbott won’t need to go through any stock market related regulatory issues since it is just buying a business division and not a listed company. And the icing on the cake: Abbott will become India’s No.1 domestic company beating rivals like GlaxoSmithkline and Cipla. There’s little doubt that the deal will now force global pharma companies like Sanofi-Aventis, Glaxosmithkline and Pfizer, who are looking to expand their Indian foot print, to pay a lot more for local assets.

Even a year ago, Piramal says he had no intention to sell off the business. Pressure from the multinationals was gradually mounting. He had met up CEOs of global drug majors, including Abbott’s White, who had shown interest in striking a deal with Piramal earlier too. It was only late last year that Piramal started having a second thoughts about running his domestic pharmaceutical business.

Last year was also when MNC pharma firms like Pfizer inked the most number of deals with Indian firms for partnerships in manufacturing and research. Says an executive who works closely with Piramal, who did not wish to be named: “Piramal felt that just like it made sound sense to get into the business when MNCs were winding down their presence in India in the 1980s, it will be a good idea to quit the business when they are coming back.”

To recap, when Piramal inherited the family textile business in the eighties, labour trouble and increasing costs had already scuppered any chances of growth. As Piramal searched for new business opportunities, he zeroed in on pharma, convinced that there would be a shortage in primary healthcare services in India. Incidentally, Piramal’s wife, Swati, is a medical practitioner who sits on the board of Piramal Healthcare.

Since there was no patent protection in India, which allowed local companies to copy and sell their drugs cheaply in the country, MNCs increasingly found the going tough. In the late 1980s, instead of creating a business from scratch, Piramal starting buying multinational companies that were exiting the country at that time. His peers didn’t see it quite the same way: They felt MNC talent was far too expensive. Piramal landed some plum deals, capitalising on the desperation of the MNCs to exit the country. In the initial deals, Piramal made sure that he kept his promise that he would retain the people he inherited through the acquisition. So as word got around, more MNCs decided to sell their businesses and brands to him.


Piramal also stayed away from copying and selling the drugs sold by multinationals. He also consciously kept away from selling generic drugs in regulated markets, as it meant litigating with MNCs against their patents. Says a former CEO of a Piramal group company: “Piramal always laid a great emphasis on amicability. He kept away from confrontations.”

This time around, when Abbott again proposed a deal, Piramal picked up the gauntlet. Says Piramal: “I thought I would see where the discussion led us to.” If things didn’t go to plan, he would merely pull out of the discussions.

From his vantage point observatory, Piramal could sense the growing buzz about emerging economies. Every major MNC was looking to increase their presence in these markets. Companies like AstraZeneca and Roche have been investing in China in the last five years but none of them had made big moves for India yet. There was a lot riding on the potential of emerging markets, perhaps with reason too. Drug demand was expected to rise on an average 15 percent a year in emerging markets through 2014.

He had a clear logic in justifying a higher valuation than Ranbaxy. Says Piramal: “Since we had a pure domestic play on offer, we knew that our valuations should be substantially more than Ranbaxy.” This wasn’t entirely unfounded. The domestic branded generic business is by far the most profitable segment for Indian firms and it is natural that will command a higher valuation, says Manoj Garg, pharma analyst at broking firm Emkay Global Financial Services. Piramal and his daughter Nandini, 28, also did a few simple extrapolations of where their domestic business would be headed in the next three to five years. Nandini, an Oxford and Stanford business graduate, was inducted into Piramal Healthcare’s board as executive director in April 2009.

Piramal’s business was already growing at close to 25 percent in the past couple of years and it had steadily climbed to the No. 5 spot in the Indian market. Piramal erred on the side of caution and pegged the growth at 20 percent. But he factored in a substantial premium for the scale of the domestic operations. “There are few businesses of our size available in the domestic market and that too organised in clear business division like MNCs,” says Piramal. So far, Cipla, Sun Pharmaceuticals and Zydus Cadila, who were in the same league as Piramal, had publicly declared that they weren’t interested in selling their business. “At least during my lifetime I won’t sell Cipla as I wouldn’t know how to use up all that money,” says Dr Y.K. Hamied, chairman and managing director of Cipla.

Piramal also knew that Abbott quickly needed a presence in India. Says analyst Nimish Mehta of Mehta Partners: “The trick was perhaps in choosing a buyer who was desperate to have a bigger say in the domestic Indian market.” Way back in 2001, Abbott had built its strategy around established products. In 2007, it formed a new international unit to focus on the BRIC markets, where competitors like Pfizer and AstraZeneca were striking deals with local players.

What helped the deal go through was Piramal’s flexibility in accepting a staggered payment. In February this year, Abbott had bought Solvay Pharmaceuticals for $6.2 billion. Analysts say that the company had already raised debt for the deal and an easier payment option on the Piramal deal would have given them more breathing space. Abbott will pay Piramal Healthcare Rs. 10,000 crore when the deal is sealed off in the next 60 days and the balance will be paid in four annual instalments of Rs. 1,800 crore each. Piramal will retain other business apart from the domestic formulations business like contract manufacturing, critical care, etc. with an annual sales of Rs. 1,700 crore. Since Piramal is not selling his stake to Abbott and will receive the sale proceeds in his listed firm, all shareholders of Piramal Healthcare will be on equal footing. Piramal can only receive a dividend as any other shareholder in his company.

Piramal hopes to use the money for three broad purposes. He will invest more money in his existing healthcare businesses as he feels that they have great potential for growth. He has also identified two new business areas, which he will announce in due course. He also plans to reward his shareholders with a special one-time dividend. “I have a few ideas for new business initiatives, but I don’t want to do any kite flying now,” says he.