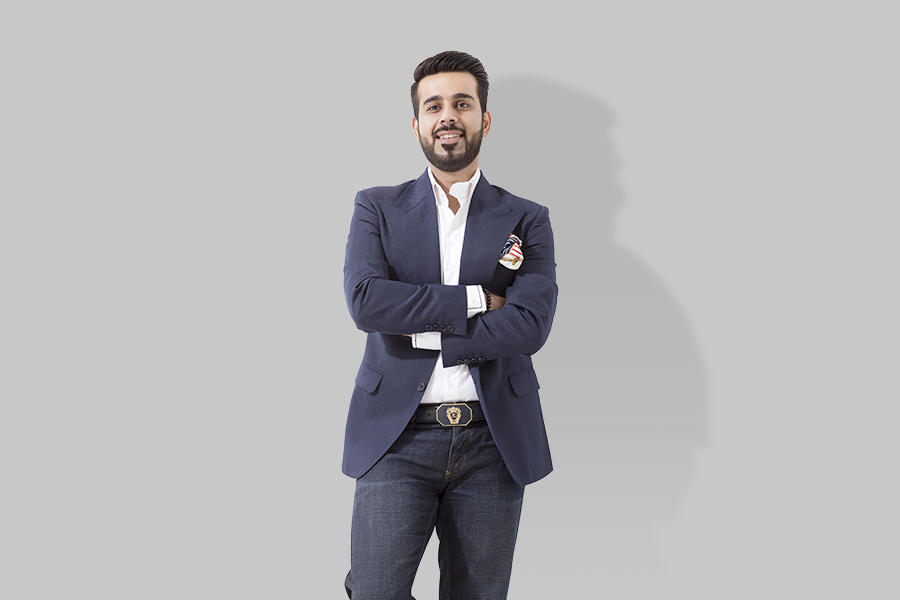 The revered realty giant Migsun Group is a well-known name in the affordable housing sector in the Industry. Migsun Group ventured into the Real Estate under the leadership of the current CMD of the group Mr. Sunil Miglani in the year 1999. He has led the group towards success through all the risks and turbulence of the property world and successfully emerged on the top. Mr. Yash Miglani, Managing Director and the third generation flag bearer of the group under whose leadership, Migsun has successfully delivered more than eighteen residential and commercial projects while multiple residential projects are under construction. He has delved into the affordable housing sector under the PMAY scheme and is exploring new avenues with Migsun Kaushalam which is the skill development vertical of the group.

The Migsun group started off as a promising name in the affordable housing sector and has successfully delivered residential projects like Migsun Homes, Migsun Tower & Migsun Green Mansion (MGM). They have upcoming projects in Delhi, Lucknow and Greater Noida which is a testament to their strong foothold in the affordable housing segment. The Migsun Group plans on launching 2556 residential units and 3,56,000 sq ft of commercial space in Raj Nagar Extension, 886 units of residential units and 3,79,000 units of commercial space in Lucknow and 1440 residential units in  Greater Noida. The sheer volume of projects launched and announced in the past couple years further illustrates their formidable hold over this segment.

The affordable housing segment has gained great popularity; the group is focusing on this segment as it can provide homes to people belonging in the middle and low-income group. The group envisages every member of the society to own aesthetically designed homes for themselves within the affordable price range with top-notch facilities that make for a splendid living experience. The group has a pioneering effect in the affordable housing sector and has invested a mammoth sum of INR 3400 cr investment in 10,000 under construction apartments. The group has always held on to their core values when it comes to business which is the three T’s- Teamwork, Transparency, and Tenacity. The Group strives to deliver projects while adhering to best ethical practice and ensuring overall satisfaction of customers.

Migsun Kaushalam which is the skill development arm of The Migsun Group is an attempt to serve businesses and societies alike by enabling the massive workforce of this country to acquire skills and contribute to the economy. The program has the vision to train 49000 students. This skill development training domain seeks to contribute to the vision of our Hon'ble Prime Minister Shri Narendra Modi to make India the “Skill Capital” of the world with the moto of “skilled hands, superior minds”. Migsun Kaushalam has so far associated itself with various programs and projects of Government of India like the Pradhan Mantri Kaushal Vikas Yojana (PMKVY), Deen Dayal Upadhaya Grameen Kaushalaya Yojna (DDU-GKY). Migsun Kaushalam has also planned for the Recognition of Prior Learning (RPL) which is a project of the ministry of skill development and entrepreneurship. They have also planned to become a training partner of Sector Skill Councils for execution of Non-PMKVY projects, Training Partner of National Skill Development Corporation (NSDC) and also execute tie-ups with various other Ministries and departments of Central and State Government respectively in Skill Development domain.

Migsun Kaushalam is formally running its skill development & training program in the Karnataka, Uttar Pradesh, Jharkhand, Gujarat, Delhi-NCR, Madhya Pradesh & Chhattisgarh and has established their presence in the skill, India Market. After dominating the affordable housing segment in the real estate arena, Migsun Group is eyeing to do the same by capturing the skill India market as well. Women play an important role in the development of the country and India cannot prosper without their contribution. Realizing the same Migsun Kaushalam had pledged to provide placement linked skill development training to 12000 women from rural areas. Migsun Kaushalam seeks to target the most downtrodden sectors in the society, by targeting women mainly from vulnerable and disaster-hit communities. The Program will enable women to acquire skills and make a living off of those skills, the program also seeks to uplift their self-respect and make them self-sufficient in the process. The DDU-GKY initiative in Chhattisgarh is focused entirely on women with two residential training centers in the Bilaspur and Raigarh district. The training center infrastructure provided is well equipped and in line with the concerned Sector Skill Council and industry. The comprehensive training module at the Migsun Kaushalam skill development institute is very detailed and creates an ideal learning environment for the trainees which are very similar to the environment in which they’ll work.

Migsun Kaushalam skill development institute has hired industry professionals to impart knowledge and help people become skillful in their craft. They are some of the best trainers/professionals with a rich experience in their respective fields. The set standards are also validated by the concerned department of the state and central government appointed by Training Support Agencies. The training personnel at the institute are TOT certified by the respective industries and possess the relevant qualification to impart hands-on training and knowledge to enrolled candidates. At present, the domain areas in which the training is provided is hospitality, retail, apparel, IT/ITES, healthcare, power and life sciences. The institute focuses on overall development of candidates; they provide counseling to both candidates and their parents at the time of enrollment and also conduct periodic interaction with them as well. The institute apart from skill development training is dedicated to the overall development of the candidates and provides training like personality development, English speaking skills, soft skills, Interview Facing skills and more. The curriculum of the institute also focuses on a periodic visit to the industry and also arranges for on job training of the candidates before they join the industry. The candidates are also subject to industry-specific assessment, through sector skill council. The candidates are also provided with uniforms and training materials required to perform the job efficiently.

Migsun has also delved into the field of education after considering the necessity of high-quality professional education in the year 2005 through HLM Group of institutions which is spread over 35 acres. The Institute at present is imparting professional education to about 3000 students through various bachelors and post graduation courses.