An engineer, entrepreneur, philosopher, photographer, predictor, and the Founder and CEO of Nelsonin Research 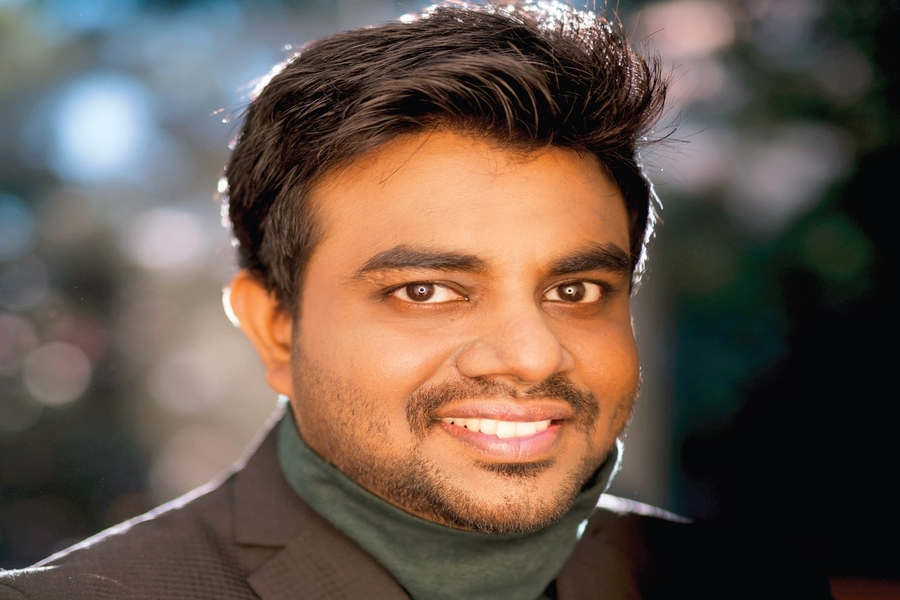 Nelsonin Research Private Limited, a tech R&D garage start-up is dedicated to conducting research in the field of science and technology through creativity and innovation. Nelson is recognised for his research on Maritime Border Indicator–an electronic gadget that scientifically finds a solution to the long-standing international boundary-crossing problem of the Indian fishermen. In due time the research shifted shape and gained a business perspective.

A meeting with the missile man and Bharat Ratna Dr. A. P. J. Abdul Kalam to discuss about the research on Maritime Border Indicator, at Raj Bhavan, Chennai in 2012, gave him an altogether different perspective.

The inspiration for working in this field came while he was living at Washington DC, USA in 2015. The idea to work on the fourth-dimension technology struck him after analysing the difficulties people faced in using technology appropriately. The beta model of the research progressed and the technical feasibility analysis was completed with mission and milestones in mind–it marked the inception of Nelsonin Research.

The firm is now ventured into research and development of Augmented Reality (AR) and Virtual Reality (VR); developing AR/VR software that are truly indigenous and at the same time capable of competing with its global contemporaries like Google.

Widely appreciated for his work, he has been the recipient of the Merit Achiever Award from St. Joseph’s, four consecutive times in a row. Some other feathers in his hat are Indian Coast Guards Honorary Award and Indian National Academy of Engineering Award, Indian National Science Academy, New Delhi.

From being a Campus Photographer to the Forex Student Ambassador, Nelson has pitched and won several business plan contests at National & International Summits at AIMA (IIM) – Kozhikode, IIM – Ahmedabad, IIM – Bangalore, IIT – Bombay, IMI – New Delhi, IndiAfrica – Ghana, SSN, MOP, CBS, LIBA, and so on. Nelson encourages & strongly empower women in STEM, while administering in his own ventures. He is an alumnus of The Washington Center, Washington DC, USA, awardee of International Scholarship Award from Prudential Foundation Global Citizen Programme. He holds his MBA from LIBA - Chennai. He also holds another prestigious degree in Bachelor of Engineering in Electronics and Instrumentation (First Class with Distinction) from St. Joseph's College of Engineering, Anna University.

In the Years Gone By  Expanding the Venture Ahead  Nelsonin Research Highlights Disclaimer: The views, suggestions and opinions expressed here are the sole responsibility of the experts. No Forbes India journalist was involved in the writing and production of this article.