The value of cutting-edge cellular technology 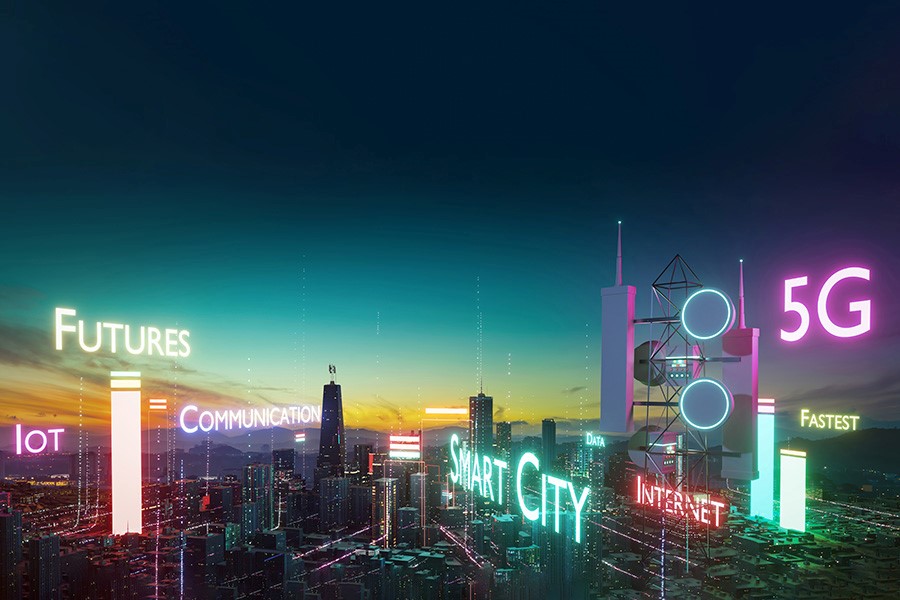 What a few years ago appeared to be a science fiction movie has become reality. People can enjoy ‘smart’ health solutions, ‘smart’ homes and even ‘smart’ cities thanks to the connectivity provided by cutting-edge cellular standards (4G and 5G). These standards are a key driver of economic growth. According to Boston Consulting Group, in 2014 mobile technologies generated almost USD 3.3 trillion in revenue globally and directly provided 11 million jobs, contributing more than USD 1.2 trillion in GDP in six countries, including India.
The impressive technological development driven by cellular standards is the result of joint efforts of companies, research institutions and governments from around the world and relies on intensive R&D investments often protected by patents. Technology contributors typically commit to make patents essential to the practice of the standard (SEPs) accessible to users on fair, reasonable and non-discriminatory (FRAND) terms. FRAND allows for both a wide dissemination of standards and a fair compensation for inventors through SEP licensing on reasonable terms. This in turn fosters continued innovation towards future standard generations. For example, with over 57,000 granted patents worldwide, Ericsson is one of the major contributors to cellular technology development. In 2020, Ericsson invested around 17% of its global net revenue back to R&D.
Increasingly industries from all kind of sectors (health, agriculture, security, transportation, etc) are integrating standardised cutting-edge connectivity to enhance their products and/or services. For instance, connected cars feature route optimisation, real-time traffic information, ‘over-the-air’ vehicle diagnostics and management as well as life-saving applications, like eCall that enables cars to directly notify and guide emergency responders in case of an accident. Consequently, McKinsey estimates that by 2030 connectivity will generate income of around USD 2 trillion for the automotive sector (approx. 30% of total revenues).
One focus point, when it comes to the licensing of wireless standards in the automotive field, is the value of cutting-edge standardised technology for connected vehicles. Given the typical multi-level supply chains within the car industry, particularly the following question is often debated: Should royalties be calculated based on the value which the standardised patented technology creates for the connected car, or should components that enable connectivity serve as the basis for a royalty calculation?
Courts have recently delivered very clear answers to this and other questions.
In Nokia v Daimler, the District Court (Landgericht) of Mannheim explained that the SEP holder must, in principle, receive a share of ‘the economic value of the technology for the saleable end-product at the final stage of the value chain’ (August 18, 2020 – Docket No. 2 O 34/19). Consequently, SEP royalties cannot be calculated on the basis of component costs, particularly the so-called ‘Smallest Saleable Patent Practising Unit’ (SSPPU), that some argue is the smallest connectivity related technical unit built into a car. The Mannheim Court highlighted as well that carmakers who insist that royalties for connectivity SEPs should be based on component costs, such as Telematic Control Units (TCUs), fail to negotiate in good faith and may well face court injunctions. The same is true, when automakers refuse to negotiate with SEP holders but direct them to their suppliers, instead.
The District Court of Munich took the same stance in Conversant v Daimler (October 30, 2020 – Docket No. 21 O 11384/19). It reiterated that the cost of TCUs is no adequate base for the calculation of royalties for wireless SEPs. The value of connectivity mirrors the economic value created by offering standard-enabled features in the vehicle and the use of such functionalities by the customers of the car manufacturer.
The above decisions reflect long-standing industry practice in SEP licensing. Since the early days of wireless standardisation, licensing predominantly takes place at the end-device level. Industries, such as automotive, which only recently started making use of cutting-edge connectivity standards, are expected to adapt to this industry practice. This was underlined by the District Court of Munich in Sharp v Daimler (September 10, 2020 – Docket No. 7 O 8818/19): Carmakers must accept the practice of end-device level licensing, irrespective of whether it was common for their suppliers to license other types of patents in the past.
For facilitating the licensing of SEPs for connected cars, industry-led initiatives emerged in recent years. The most prominent example is Avanci, a platform that provides a ‘one-stop’ solution, offering licences that cover the portfolios of more than 40 SEP holders at a uniform fixed royalty per vehicle that Avanci publishes on its website (e.g. USD 15 for 2G, 3G and 4G-essential patents).
SEP licensing based on the value of patented connectivity technology for the automotive sector leads to win-win outcomes. It continues to incentivize the massive R&D investments needed to develop the next evolution of standardised technology, which will, in turn, generate further opportunities for value creation in the automotive field.

Dr Spyros Makris is IPR Policy Manager and Dr Sheetal Chopra is Director IPR Policy, both at Ericsson. The views expressed in the present article are theirs alone and do not necessarily reflect the views of Ericsson, any of its affiliates, or any employee thereof.
The pages slugged ‘Brand Connect’ are equivalent to advertisements and are not written and produced by Forbes India journalists.