India is warming up to fair trade. But the concept remains a niche market as companies are hesitant about taking it to the masses 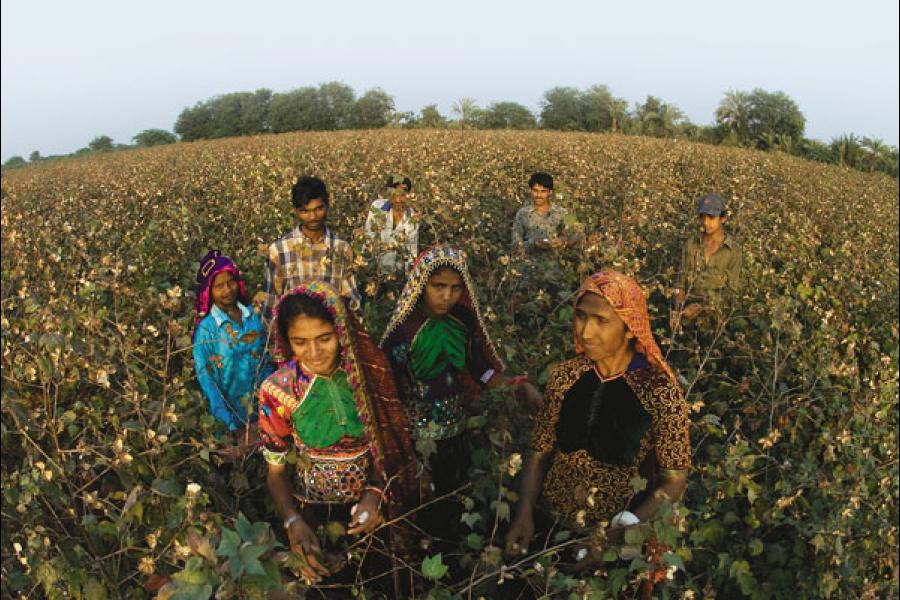 First, let’s understand what fair trade is. Fair trade is an organised movement that helps producers in developing countries get a premium for their products if they follow better social, labour and environmental standards.
More than $4 billion worth of fair trade products were sold internationally in 2008, up 22 percent since the previous year. While sales of products like fair trade tea, coffee, flowers, wine and beer have grown in double digits for the last several years, cultivation has outpaced demand, according to reports.
If the fair trade movement is implemented in India, it could open up a huge new market for fair trade farmers, giving them stability against foreign exchange fluctuation.
For the movement to be successful, however, it requires the customers to be sensitive about this. “The size of the market is very small because Indians are not really concerned about this,” says Arvind Singhal, chief executive of retail consulting company KSA Technopak. “Companies are trying to create fair trade brands for their own reasons but if the customer is not sensitive then this will have only a limited impact.”
The Indian market and other domestic markets in producing countries are increasingly important for the fair trade movement because they could each be larger than the European market, which is the largest market for fair trade products. For instance, take Chetna Organic Farmers Association, which works with 9,000 cotton farmers in the Vidarbha region of Maharashtra, Telangana in Andhra Pradesh, and Koraput, Bolangir and Kalahandi region of Orissa. It sells most of its cotton in Europe at a premium of Rs. 320 a quintal. But even now it is able to sell only half the produce; the rest gets sold in India without any premium.
It is no wonder then that Seth Petchers, chief executive of Shop for Change, a marketing and labelling organisation for domestic fair trade products, is trying to launch this movement in India. Shop for Change launched a range of fair trade clothes along with designer Anita Dongre’s prêt label AND. The collection featured an ad campaign that starred fair trade cotton farmers along with former Miss India, Gul Panag.
This collection was made with fair trade cotton from Chetna’s farmers in Orissa, who were paid Rs. 35 per kilo of cotton rather than the market price of Rs. 30 per kilo. The FLO also fixes a fair trade price, which includes a minimum price for the product and a fair trade premium. Says Reykia Fick, external relations co-ordinator, FLO, “On top of stable prices (usually the fair trade minimum price), producer organisations are paid a fair trade premium — additional funds to invest in social or economic development projects.”
Farmer members of Chetna, in Andhra Pradesh’s Karimnagar district, have used this premium along with an international grant to build a storage warehouse for their cotton. During the off-season, they rent out the warehouse as a marriage hall and distribute earnings for the co-operative. Another farmer group in Maharashtra’s Akola district has used the premium to build a school. In Kerala’s Kannur district, the premium is used to create a fund for distressed farmers. It has also allowed the community to set up solar sensing technology as a benign blockade warding wild elephants off the cashew nut trees. Their cashew produce is labelled Jumbo Cashews in the European market.
All of this may or may not result in a price premium for a consumer depending on whether a retailer chooses to crunch its margins. Increasingly, retailers have started selling fair trade products without a price premium for consumers. Dongre’s fair trade collection sold at the same price as her other clothes. Cadbury’s launched a fair trade version of its Dairy Milk chocolate internationally at the same price as the rest of its Dairy Milk chocolates.
In case of fair trade products “it is the imagery which is different rather than a product differentiation,” says Shital Mehta, COO of premium menswear brand, Van Heusen. Right now fair trade numbers are small. Companies want to portray themselves as fair employers but are just experimenting with a small percentage of their products. Will they ever get all their products under the fair trade umbrella?
That change will come when it becomes a civil society movement as it has in the West, says Tomy Mathews, founder of Fair Trade Alliance of Kerala. Mathews’ alliance has been supplying through the FLO for years and he says, “Attempts to create independent labels diverting from the uniform global message on global trade justice is doing disservice to the philosophy of fair trade. I don’t look fairly on [the] Spice Board initiative or the Shop for Change initiative. The moment you confuse market with different logos you’re already losing the game before it begins.”
Retailers that have included more equitable conditions for artisans and weavers, such as Fabindia and Anokhi, have done well here already and this movement can get extended to farmers as well, says Roopa Mehta, president of the Fair Trade Forum of India.
But there may still be some distance between promise and scale in the market. Devangshu Dutta, CEO of retail consulting company, Third EyeSight, says he sees a market developing for fair trade products, albeit slowly. “Things will change. But that change will have to come from the customer side. Currently, it is a very limited market but it could be a business proposition for a few companies.”

Tweets by @forbes_india
Titan: The Golden Cage
What Vishy Anand Can Teach You