How Telecom Towers Can Get the Power Mix Right 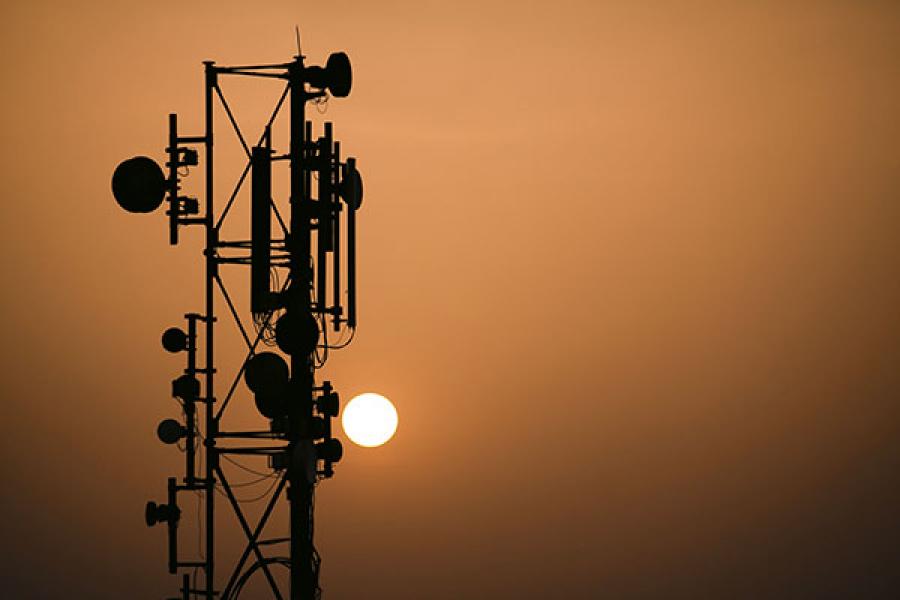 If there’s one factor that can arrest the nose-diving profitability of telecom operators, it’s the cost of powering the base transceiver stations, or cellular towers as they are called. Nearly 400,000 towers are in operation across the country and their energy costs alone account for 25 percent of the total operating costs. Grid outages are common in most tower sites, as are long running hours of diesel generators, over-sized batteries, with just a sprinkling of renewable options here and there. By no measure does this constitute the right energy mix for a tower that guzzles power 24x7.

Now, the Reliance IITM Telecom Centre of Excellence (RITCOE) at IIT Madras has developed a simulation tool that provides an optimum mix of battery back-up, diesel generator (DG) set and solar photovoltaic capacity for tower sites. Nearly 70 percent of the sites are faced with power shortages of eight hours or more; 18 percent of them are off-grid (they have their own power generation capacity and are not connected to the grid at all).

“No India-specific solution was available in this regard, which considered the high cost of financing,” says Ashok Jhunjhunwala of RITCOE. In providing a quantitative analysis of the various costs involved in powering a site, this model is as realistic as it can get.

It’s a long-due innovation in the telecom sector, says Alok Shende of Ascentius Consulting. “Constraint optimisation issue has never been addressed and hence there was no clear solution to this problem,” he says. If one takes diesel alone, it costs Rs 2.9 lakh per annum for one tower. Add to that a loss of 10-15 percent because of pilferage in remote locations. 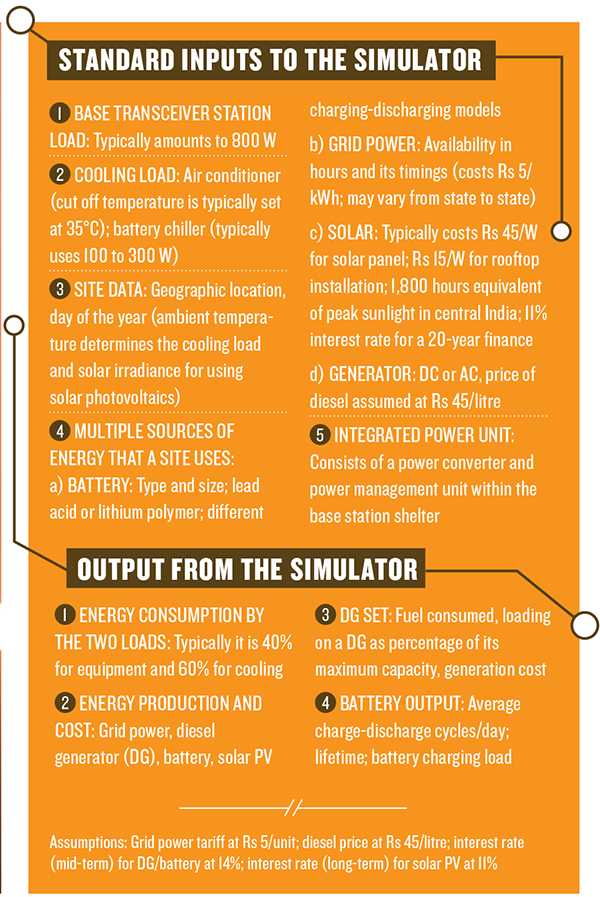 The way the simulator works is simple: Input all the parameters and obtain the right energy mix, all in a matter of minutes. The tool gives a location-specific solution to optimise capital and operational expenditure.

As a result, operators can ‘dynamically’ track whether their new mix is optimal, in a location-specific manner. For instance, if grid availability improves at a location, one can change the backup arrangements. Even old sites can be retrofitted to reduce power requirements. Using such an approach, Jhunjhunwala estimates a tower operator can save up to 50 percent on its average energy cost.

In the hundreds of simulations that the RITCOE team ran, the biggest surprise came from the solar side. Even at current prices, using solar power is economical and is at par with grid cost. Moreover, there’s a natural match between site load and solar insolation. That is, the demand for energy is highest during daytime working hours when the sun is also at its peak.

Jhunjhunwala says his team will license the tool for a nominal fee. He’s working with various manufacturers for designing better power conditioning equipment and other related electronics.