Indian economists try to raise the level of awareness on policymaking through a novel online initiative, Ideas For India 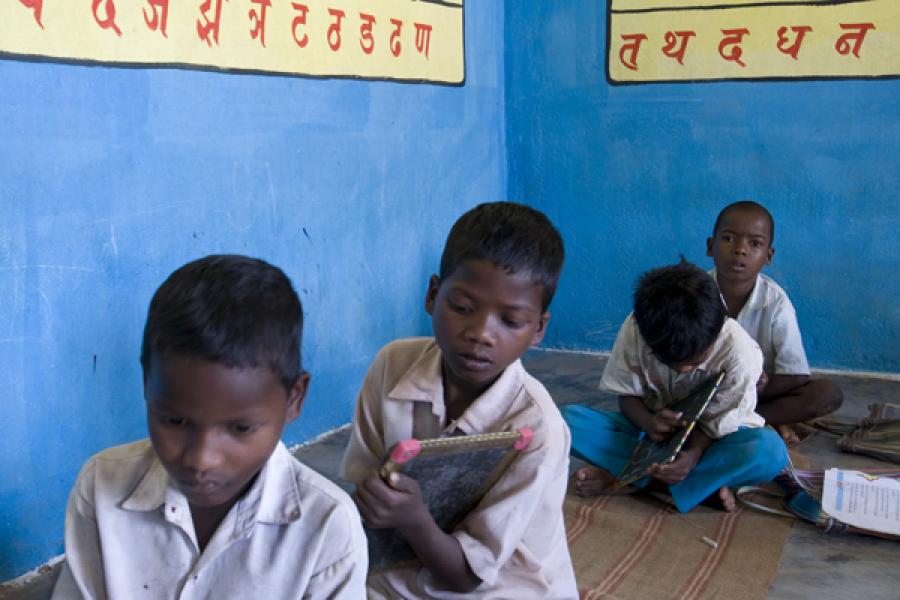 Image: Amit Verma
In her paper, Anjini Kochar of Stanford University points out how faulty policy design may be responsible for the stark inequality in the performance of India's schools, especially in the rural areas

India’s Central government has been pilloried over the past couple of years for failing to curb corruption, improve governance and devise policies to create jobs to lift millions out of grinding poverty. While the Congress, which leads the ruling coalition, blames it on the absence of political consensus in framing policies, a more fundamental reason, perhaps, is the lack of incisive ideas based on extensive data collection and research.

A group of Indian-origin economists is now attempting to plug this loophole by addressing policy issues on an online platform. Modelled on Europe’s VoxEU, a website that provides a gist of the latest economic research, it has created Ideas For India (ideasforindia.in), a portal that will regularly publish articles and papers authored by scholars like Abhijit Banerjee (MIT), Bhaskar Dutta (Warwick University) and Pranab Bardhan (University of California, Berkeley). In the first fortnight since its inception, the website received about a thousand unique hits per day.

“It is difficult to say who came up with the idea. It was pieced together after several conversations,” said Ashok Kotwal, editor of the portal and professor at the University of British Columbia. The editorial board comprises seven globally-renowned economists, including Dileep Mookherjee (Boston University), Eswar Prasad (Cornell) and Nirvikar Singh (University of California), along with independent media consultant Romesh Vaitilingam.

“A lot of the material on the portal is on how a policymaker should think about instead of what he should do,” said Aparna Bijapurkar, the in-country economist for International Growth Centre, which is funding the IFI.  As the body of work grows, IFI plans to compile e-books with articles on a single theme. So, looking for the latest studies on, say, land acquisition? Log on to read about the alternative takes that Maitreesh Ghatak (London School of Economics) and Parikshit Ghosh (Delhi School of Economics) have on the subject. According to the duo, instead of buying land at some prefixed price, the government could call for bids from landowners in and around a project site. For those who aren’t willing to sell their land, the government could consider giving them equal-sized plots outside the project area. Ghatak and Ghosh feel the method will be less coercive, giving farmers the incentive to bid truthfully or be compensated in land itself.

While some may doubt the feasibility of the proposal, it is based on intensive research, unlike policies that result from either bureaucratic straitjackets or political whims. At the end of each article, the authors provide links to additional reading resources.  Does IFI have a policy agenda? “No,” says Kotwal. “We will be ideologically neutral. We just want to make sure everyone knows the facts as they are.”

Tweets by @forbesindia
Book Review: Sons of Thunder
$100,000 in Google of 1998 Equals a Billionaire Professor Today