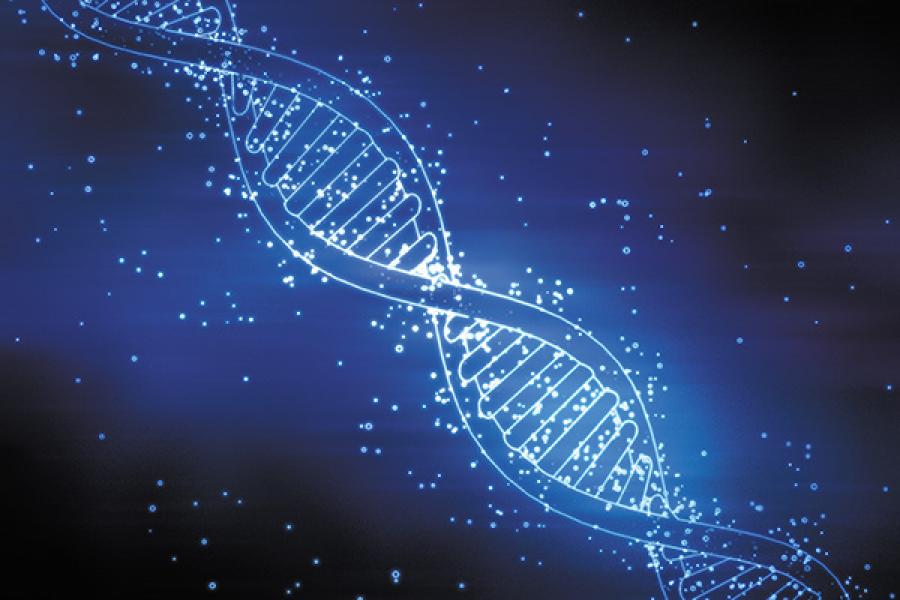 Image: Getty Images
Strand wants to capitalise on two industry trends: The rising amount of data from genomics, and the plummeting cost of DNA sequencing

We’ve all heard tragic stories about someone dying of cardiac arrest on the football field or during a board meeting. What we’ve heard next are related stories about what a stressful, over-leveraged lifestyle brings along with it. The fact is there are certain genetic mutations, highly prevalent in the Indian subcontinent, that increase the risk of chronic heart failures in individuals. But, what if there was a genetic test that people in the region could take that would help them prevent such catastrophes?

This is just one of the several precision DNA tests that Strand Life Sciences plans to offer, as it completes its Series B round of $10-million financing from Burrill & Co, a global financial services firm focused on the life science industry.

One of the earliest bioinformatics companies to get off the ground in 2000, Strand spent the first decade building tools in computational biology and data analysis platforms that 2,000 research labs worldwide use today. After raising growth capital, it now intends to go where it hasn’t ventured before, but where both risks and rewards are higher—the clinics. To begin with, it has inked a strategic collaboration with Max Healthcare, which will offer a suite of personalised genetic tests to patients as well as healthy people.

“In our first phase, we went global and then served the local market. But now we’ll first go local and then move to the global market,” says Vijay Chandru, chairman and chief executive of Strand. He believes the Indian healthcare market is ready for it. So does Ajay Bakshi, chief executive of Max. “I have followed this space for a while and I can say it is ready for consumption, both for patients and healthy people,” says Bakshi. “The beauty of this technology is that the benefits keep accruing as science advances, and your genetic counselors keep updating your profile.”

David Wetherell, president and chief operating officer of Burrill, thinks Strand can work faster in the clinics by starting out of India, rather than the US where it plans to enter later this year. Though a few companies are further ahead with this service in the US, Wetherell believes Strand with its “superior” technology can leapfrog the competition. “They have a unique vertical search engine for the genomics literature and the most robust software client in the world,” he says.

In effect, Strand wants to capitalise on two industry trends: The rising amount of data from genomics, and the plummeting cost of DNA sequencing, which has fallen nearly a million fold in the past six to seven years. The pile of genomics data—they tell us which disease is linked to which mutation, and how—is getting higher every day. Using this information, the company is designing ‘panels’ for a few diseases. A panel looks for signatures around the relevant genes in a patient’s test sample. For instance, in the case of cancer, there are nearly 300 mutations that are actionable (meaning, mutations that existing drugs can act upon). In short, Strand is looking at standard cancer diagnostics for global use.

“By this approach, any cancer specialist will have a list of mutations for a patient and, depending upon the actionability, can decide the strategy [of treatment],” says Kalyanasundaram Subramanian, chief scientific officer of Strand. A lot of repurposing—using a drug known to treat one disorder for treating other disorders—can be done, he says. The humble aspirin is one example. It is now being used in ovarian and some other cancers where a certain gene is over-expressed (a gene that goes into overdrive while translating genetic information).

Since some of the personalised therapies in the market are pretty expensive—a few lakh rupees for overall wellness tests—Chandru emphasises there will be mid-range tests at $200 to $300 that will be attractive to a wider population.

Besides building panels for cancer, diabetes and cardiac disorders, Strand is partnering with Bangalore’s municipal authority (Bruhat Bengaluru Mahanagara Palike) to run pilots for cervical cancer screening. Cervical swabs used today are invasive and lead to poor compliance. Strand will use DNA detection technology that works on urine samples. Once the technology is validated, it can be offered to nationwide programmes.

Until two or three years ago, it was believed that the global investment in deciphering the code of life wasn’t paying off well. Not any more. As sequencing gets commoditised, which it will in two to three years, an individual can sequence his genome for less than $1,000.

The challenge though lies in making sense of genomics data. In Strand’s case, it would also mean making physicians and cancer specialists look at the disease differently. “There’s a lot to do… It’s an ambitious task, but Strand has already done the hard work,” says Wetherell.

Globally, the genomics-based diagnostics market is projected to be worth $30 billion by 2015. In India, there are no estimates. But there’s potential. “I am excited because India can show the way… We have no privacy or insurance issues like the developed markets… Why should we always follow the West,” says Bakshi.