Niki Lauda and other sporting comebacks that made history

As three-time Formula 1 champion, Lauda, died at 70 today, Forbes India takes a look through his epic comeback after a major accident, and others like him 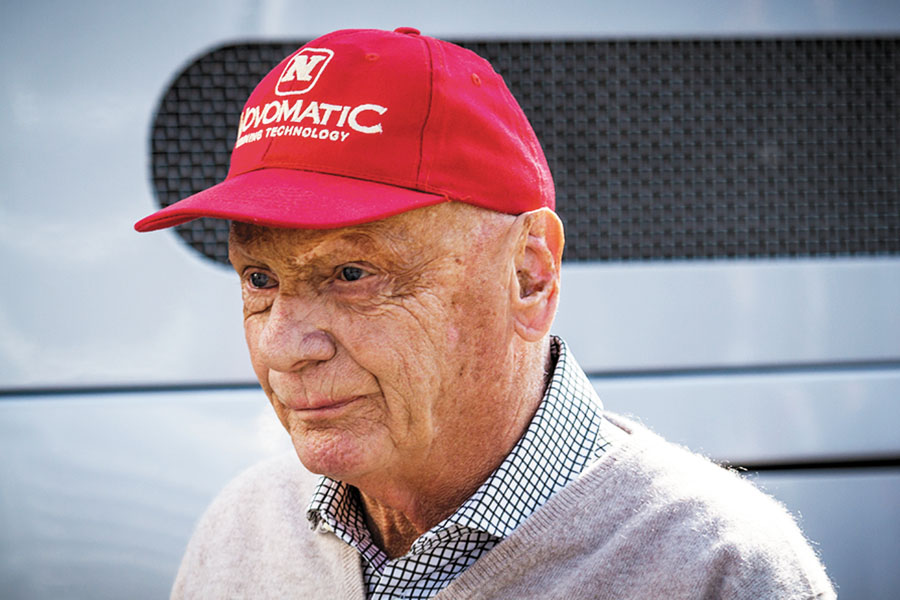 Niki Lauda had an unfortunate mishap in 1976
Image: Shutterstock

What is sports, if not for some remarkable comebacks? In the first leg of the UEFA Champions League this May, when Liverpool FC scored four goals against Barcelona’s three to win the match, it staged a stunning turnaround in its fortunes. That is the beauty of sports: It’s often when you least expect it that fortunes swing. It’s like when, in 2008, a 22-year-old Lewis Hamilton almost lost his Formula 1 championship, till he took the last corner of the last lap of the last race of the year, thus winning it and stunning the world 1. Niki Lauda One of the greatest Formula 1 drivers ever, Niki Lauda was looking to win the 1976 Formula One World Championship title when disaster struck at the German Grand Prix in Nuerburgring. His car swerved off the track, before hitting an embankment and exploding into flames. The impact threw off his helmet and trapped him in the burning cockpit before he was pulled to safety. A series of surgeries later, and despite permanent damage to his face, Lauda was back at the Italian Grand Prix within 43 days. He would eventually win two more championships before retiring.

2. Tiger Woods For nearly a decade now, Tiger Woods had been a fallen hero. Before that, for nearly two decades, he was at the top of his game, becoming the first sportsman to make over $1 billion in career earnings. He fell from grace in 2009-2010, when his many alleged extramarital affairs came to light, followed by a divorce and subsequent health scares (including a spinal surgery that made it difficult for him to get out of bed). Woods, ranked World No 1 from August 1999 to September 2004 and again from June 2005 to October 2010, fell to 1,199th place. He hadn’t won a major championship in 11 years, and a Masters tournament in 14. This April, Woods made one of the biggest comebacks in sporting history by winning his fifth Masters tournament and 15th major, three short of the record. 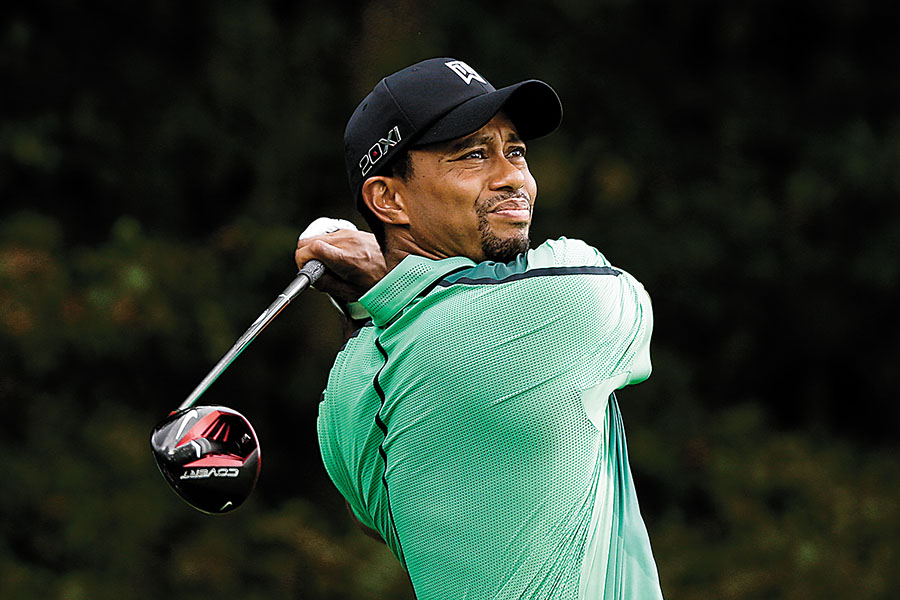 Tiger Woods won his fifth Masters tournament and 15th major in April this year
Image: Shutterstock
3. Roger Federer
By 2016, the magic wand that was Roger Federer’s tennis racquet had lost its touch, with his last Grand Slam win in 2012 at Wimbledon. Many believed that his time at the top was over. When he started 2017, ranked World No 17, not many gave Federer a chance at the top slot as he arrived at the Australian Open after missing the second half of 2016 with a knee injury. From then on, it was a fairy tale. Going into a five-setter final, Federer beat his arch nemesis, Rafael Nadal, in one of the most scintillating tennis matches to become the second oldest man to win a single’s Grand Slam. He then went on to win two more, taking his haul to 20. Federer, aged 37, now ranks World No 3. 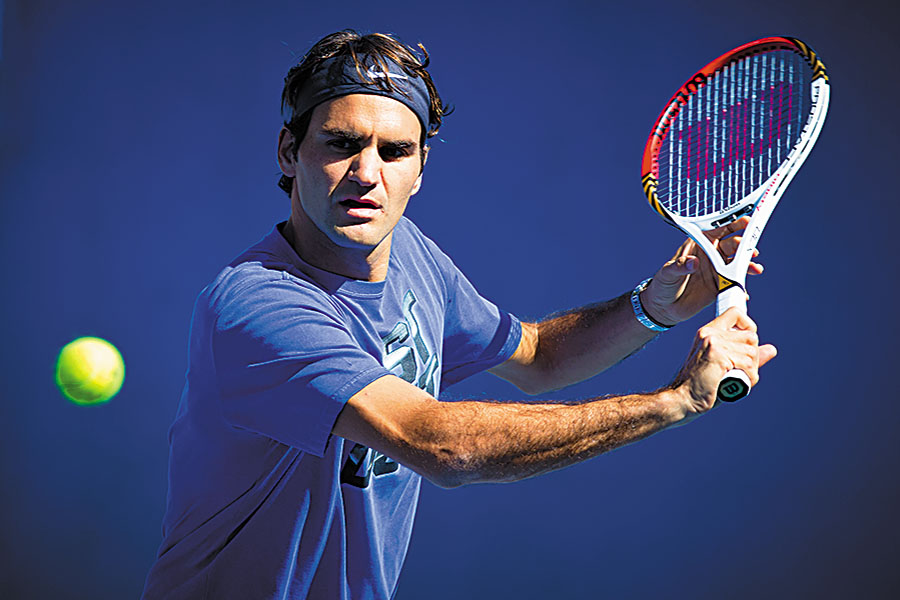 Roger Federer has won 20 Grand Slams and is currently ranked third in the world
Image: Shutterstock

4. India vs Australia In 2001, the Australian cricket team was on a dream run. They had won 16 matches in a row and was leading the Test series in India 1-0. It was beginning to look like a repeat of the previous match when, at Eden Gardens in Kolkata, Australia piled up 445 and India were knocked out for 171, and forced to follow on. With Sachin Tendulkar and Sourav Ganguly back in the dressing room, things looked bleak. However, a remarkable 281 by VVS Laxman and 180 by Rahul Dravid resulted in India winning the match by 171 runs and levelling the series. They eventually won the series 2-1. Many reckon it to be a turning point in Indian cricket’s history. 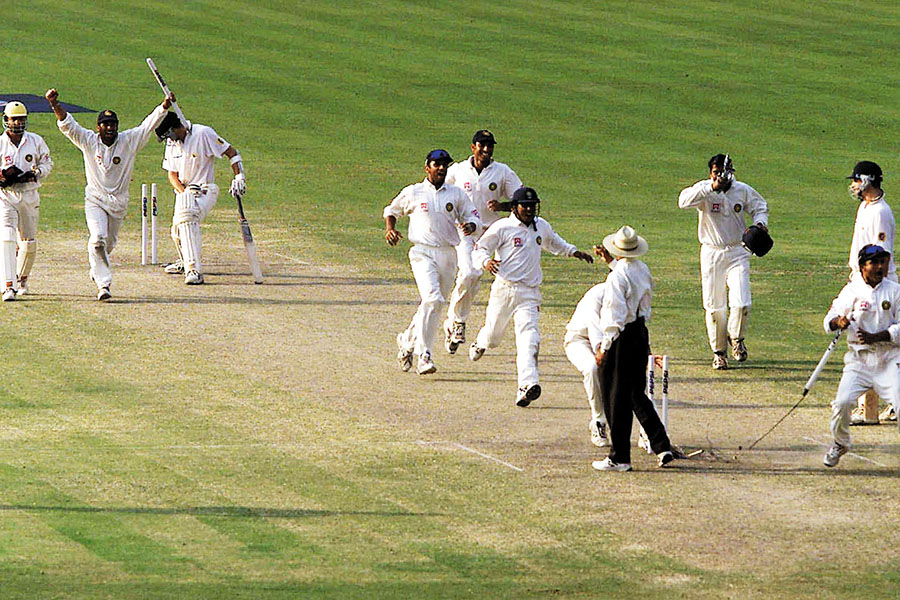 India’s remarkable victory against Australia in the second Test at Eden Gardens, Kolkata, in 2001 is believed to be a turning point in its cricket history. They eventually won the series 2-1
Image: Getty Images

5. George Foreman George Foreman had lost his world boxing title to Muhammad Ali in 1974. By 1977, Foreman quit boxing to become an ordained minister. A decade later, Foreman returned to the ring to become the world’s oldest heavyweight champion in 1994 at 45 after defeating Michael Moorer. 6. Kim Clijsters In 2007, a series of injuries had forced Kim Clijsters to retire from tennis, just 18 months after winning the US Open and becoming World No 1. However, two years later, Clijsters announced her comeback, winning the US Open in 2009 and 2010, and the Australian Open in 2011, thus regaining her World No 1 ranking in 2011. Clijsters retired for the second time in 2012. 7. Monica Seles As a 16-year-old, Yugoslavia-born Monica Seles became a global sensation when she won the French Open in 1990, kicking off a rivalry with Germany’s Steffi Graf. Seles won eight Grand Slams before turning 20 and was World No 1 in 1991 and 1992. However, in 1993, Seles was stabbed in the back by a die-hard Graf fan. Seles returned to tennis two years later and won her 10th and final Grand Slam at the Australian Open in 1996. 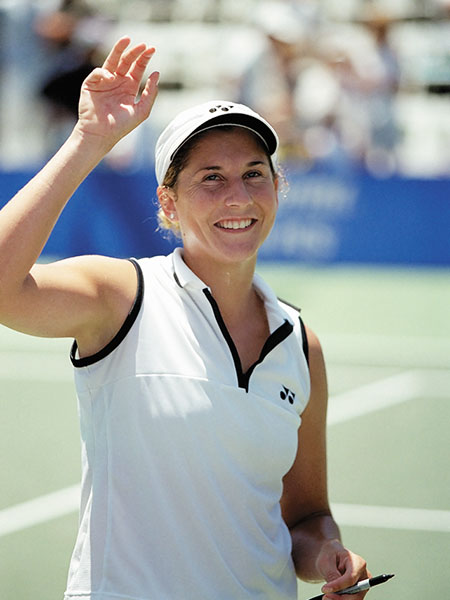 Monica Seles was stabbed in the back by a Steffi Graf fan in 1993
Image: Shutterstock

Tweets by @forbesindia
How technology helps India stay fit
Google-Huawei fallout: What you need to know