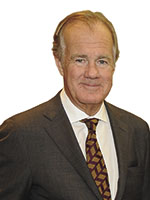 Sweden
-$9.9 bln
Stefan Persson
The H&M clothing mogul’s fortune is down so much not because business is bad but because of newly unearthed details on his children’s holdings.


Hong Kong
-$8.5 bln
Lui Che Woo
China’s corruption crackdown continues to hurt Macau casino stocks, including his Galaxy Entertainment Group. He is hoping to recoup some of his losses, though, and will open three new hotels, 50 restaurants and a venue for Broadway-style shows and concerts in May, doubling the size of his Cotai resort. 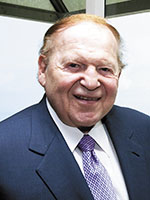 US
-$6.6 bln
Sheldon Adelson
Yet another Macau loser. Adelson’s business might be struggling, but there is no sign that it will diminish his political largesse. The gambling tycoon reported spending $100 million trying to put a Republican in the White House in 2012. He is said to have given away another $100 million trying to put Republicans in the Congress and will likely be a factor in 2016.

Ukraine
-$5.8 bln
Rinat Akhmetov
His coal carrier Lemtrans is threatened, assets in Russian-annexed Crimea have been nationalised and his $400 million Donbass Arena, which held the UEFA Euro 2012 soccer tournament, has been hit by multiple artillery.

Italy
-$7 bln
Miuccia Prada
After Forbes revised her stake in the family business, the handbag and fashion empire co-chief executive is down billions that were determined to actually belong to siblings Alberto and Marina.

Russia
-$6.2 bln
Vladimir Yevtushenkov
The tycoon doesn’t have to fret about falling oil prices: His stake in Bashneft was seized by Vladimir Putin in October 2014 amid money-laundering allegations. He was released from house arrest in December 2014, but shares of Sistema are still down 56 percent.