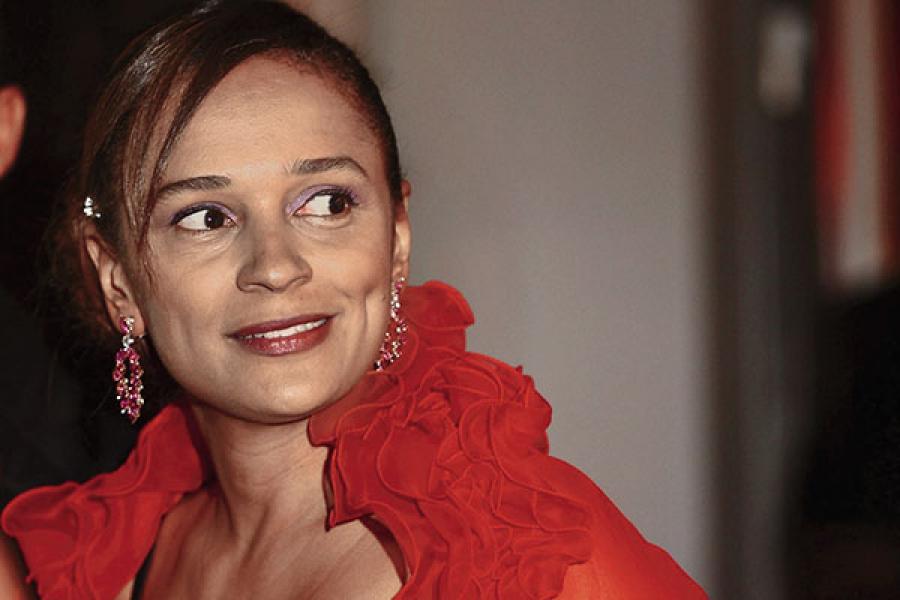 Back in august forbes detailed how the richest woman in Africa, by the tender age of 40, had increased her net worth from zero to $3 billion: You have your father, the president of Angola, direct those who want to do business in the country to cut you in on their action. Forbes has learned, however, that Isabel dos Santos has added a more legitimate jewel to her crown: Swiss jeweller de Grisogono.

Newly uncovered documents show that a shell company called Victoria Holding acquired 75 percent of de Grisogono in 2012 for more than $100 million through a subsidiary. The documents show that ownership of Victoria Holding is evenly split between the Angolan state-owned diamond company, Sodiam, and a Dutch-registered company, Melbourne Investments. Dos Santos’s husband Sindika Dokolo, is listed as the sole beneficial owner of Melbourne Investments.

It is not clear whether Dokolo made any financial investment in Melbourne Investments or whether Melbourne contributed any cash to the purchase. Sodiam, as a state-owned company, is required to publicly disclose all its relevant ventures, but until now its partnership with Dokolo had remained a secret.

Sodiam did not return calls to provide its side of the story. The chairman of de Grisogono said “no public funds or resources, namely from the Angolan State or Angolan State-owned companies, have been involved, directly or indirectly.”

It’s hard to figure out what the president’s daughter doesn’t have a stake in in Angola; even the publishing company that owns the right to license Forbes in Portuguese-speaking Africa, it turns out, is owned 70 percent by Isabel dos Santos. She had no comment for us.

Tweets by @forbesindia
Podcast: Can SBI's First Lady make the elephant dance?
How To Trick The Hackers