Marriott International CEO Arne Sorenson is confident about the India success story, but says the government must improve ease of doing business 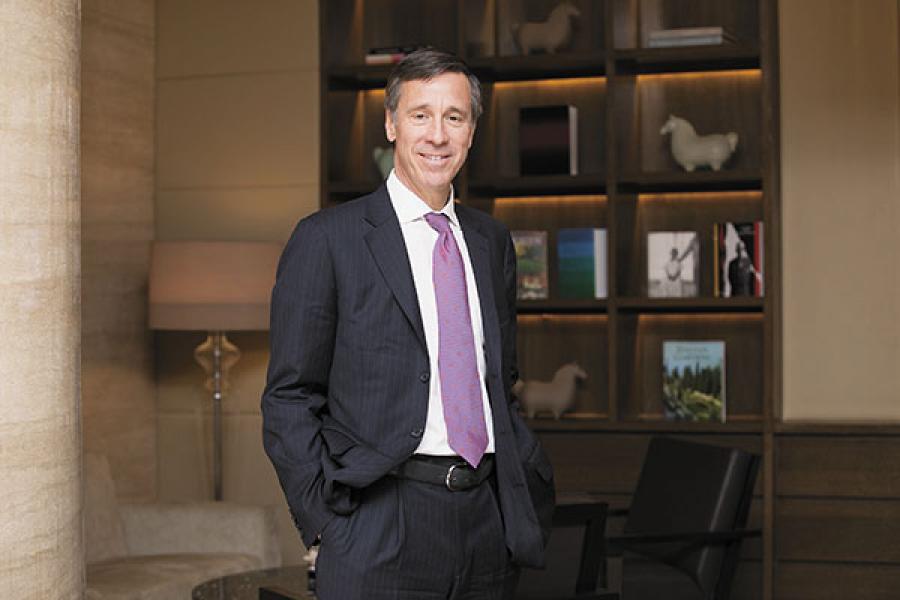 Arne Sorenson, president and CEO of Marriott International, was in Mumbai in April to open the second JW Marriott Hotel, near the international airport. Despite India being Marriott’s fastest-expanding market, Sorenson believes there’s ample scope for improvement when it comes to the ease of doing business in the country.

“There is a real sense of optimism and an anticipation of change which is coming,” Sorenson tells Forbes India. “But there is real impatience; it is important that the government does specific things.”

It would take a hotel chain at least five years to set up a hotel in India, from idea to construction. That is one-and-a-half-years longer than in other countries. Also, one needs between 70 and 100 permits and licences to open a hotel in India, compared to just six in Singapore.

In the travel space, the Modi-led government has extended its visa-on-arrival programme to 43 countries and there are plans to increase the figure to 180 in the coming years. “But on permits and licences, we have not seen a change,” says Sorenson, adding that more permits and inordinate delays adversely impact the cost and development of hotels.

Business from India constituted just one percent of Marriott’s overall revenues of $13.79 billion in 2014. But Sorenson expects the revenues to double in 3-5 years, making India one of Marriott’s top five markets by then. Marriott has 28 hotels in India and another 52 under development. “Its occupancy rate in India—70 percent in 2014—was well above the industry average of 60 percent,” Sorenson says.

Seven of Marriott’s 19 global brands are found in India. Of the 52 hotels coming up, around 14 are Fairfield, 16 are Courtyard and the rest, JW Marriott. “We will continue to roll out our portfolio in the coming years as India grows,” he says.

However, Marriott is unlikely to bring some of its luxury brands—like Edition or Bulgari—to India soon, saying that the luxury segment is still “under pressure” for occupancy rates, and this could be the case for some more time. Thus, the hotel chain is likely to see more deals for its Courtyard and Fairfield brands rather than Ritz-Carlton.

“In India, Marriott has seen its RevPAR (revenues per available room) rise by around 8 percent in 2014 compared to a year earlier,” Rajeev Menon, CEO, Southeast Asia and Pacific of Marriott International, says.

Sorenson is confident about India’s growth potential. “There are 1,00,000 hotel rooms of international standard in India compared to 5.5 million in the US and around one million in China,” he said. “With India’s middle class expected to grow rapidly, Marriott’s 80 hotels could expand to a few hundred in the next decade.”

Marriott’s new 585-key Mumbai hotel was built by developer K Raheja Corporation with an investment of around Rs 600 crore.

In 2014, Marriott signed agreements for more than 650 hotels, the most in the company’s history. A quarter of them were in the Asia-Pacific region.