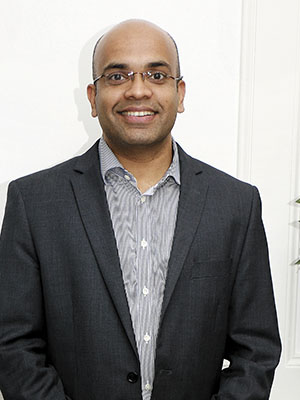 “The greater New York metropolitan area has more hotel rooms than all of India,” claims Suchit Punnose. Meaning, there is room for a lot more hotels in India. But for Punnose (40), founder and CEO of UK-based Red Ribbon Asset Management PLC, the response to this opportunity wasn’t as simple as setting up just another hotel chain in India; there was a set of principles he couldn’t stray from. He had founded Red Ribbon in 2008 as an impact investing platform that would raise and direct funds towards projects that are not just financially sound, but also have social and environmental impact. He believed enterprises that have a measurable social and environmental impact often struggle to raise funds, and require a certain period of hand-holding before investors find them attractive.

This led to Red Ribbon starting Eco Hotels India, a carbon-neutral hotel chain that opened its first property in Kochi in 2012. “For most hotels, not changing bed sheets every day is their way of being environmentally conscious. But at Eco Hotels, we wanted to go a lot further,” says Jay Krishnan, CEO of Eco Hotels. Punnose realised that an ecologically conscious hotel would work best in the budget segment, as the capital expenditure for 4- and 5-star hotels is too high. “We wanted to replicate a cookie-cutter budget hotel format across India,” he says. Ian Graham, who designed Holiday Inn Express Hotels & Resorts, was brought in as a consultant along with a market research firm. A 3D mock-up room was set up in the banquet hall of a hotel in Kochi to understand the market for a carbon-neutral brand.

Krishnan explains that being green is not only good for the environment, but also for their bottomline. For instance, Eco Hotels’ property in Kochi has solar tubing that reflects light across the hotel, including at night, while also halving electricity bills. The property also has a single kitchen, which further reduces its carbon footprint.
Red Ribbon prefers to rope in CEOs with an entrepreneurial character, and who run the businesses for a 10 percent stake in the company. “The way I explain it to people is that if you spend 10 years with me, this is an opportunity for you to build substantial wealth,” says Punnose who, prior to Red Ribbon, ran a UK-based property fund that invested in residential properties.

In early 2014, Punnose had told the media that they plan to increase their operating inventory level to 300 rooms (from the 16 rooms at their Kochi property) by 2014-15. This target, however, is yet to be met. We ask why, and Punnose responds: “We are very particular about the assets we take on, as our model is leasing and not management contract. The properties we have looked at have not passed our due diligence process.” It also plans to list the company either in India or in the UK in five to six years.

So far, Red Ribbon has raised 22 million pounds (Rs 200 crore) in the UK that have been invested in the holding company. Separately, it has raised Rs 14 crore to be invested in Eco Hotels, and its second venture Modulex India, which is setting up a factory to build fully fitted-out steel modular buildings with low carbon footprints.

William Prescott, a UK-based investor in Modulex India, says he is happy with the progress his investment is making. He’s also comforted by the fact that the chief executive and employees have a stake in the company.