Social VCs tighten their purse in 2015

IT & ITeS and education companies received the highest investments in 2015, but early-stage enterprises were hit by an experience hurdle 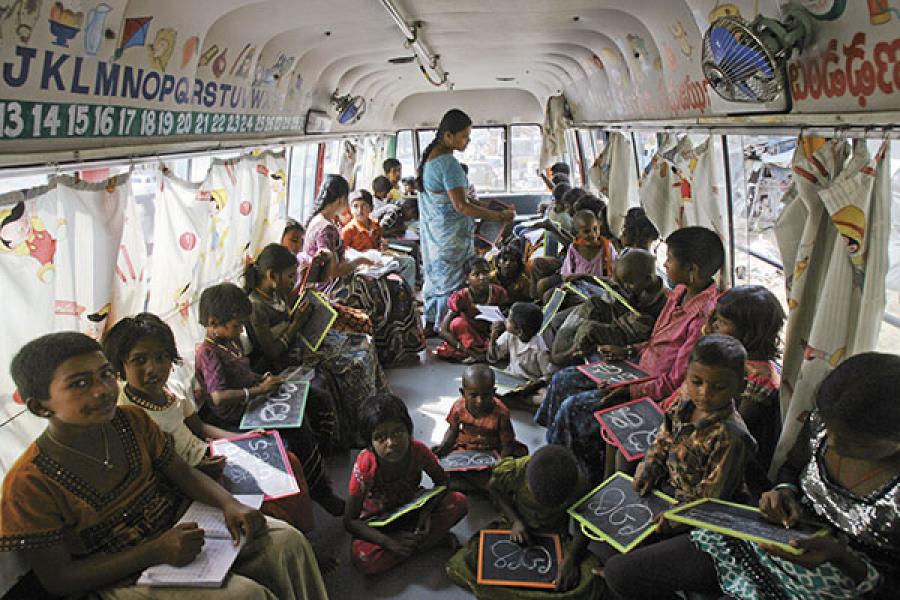 The amount of capital going into social impact investments in the country shrank in 2015, reflecting the challenges that this sector faces in terms of both resources and scalable ideas. Social impact businesses aim to serve the country’s under-served population—the rural poor or those below the poverty line—and investors in these ventures hope to create a positive social and environmental impact, looking beyond financial returns.

Social impact venture capitalists invested about $95 million (Rs 651 crore) over 53 deals in India during the 12 months ended December 2015, registering a 10.4 percent year-on-year decrease in total deal value. In 2014, $106 million was invested across 49 investments, according to a report by Venture Intelligence.

“In the impact space, there are very few early-stage investors who are ready to write cheques of $1 million to $3 million for an early-stage enterprise or a startup to get going,” says Sandeep Farias, founder & managing director, Elevar Equity, a social impact investment firm. “Scalability of companies delivering services to low-income communities is not easy. There are a lot of obvious ideas and Elevar can back them provided the entrepreneur is great and has a track record of execution in any sector or customer base. We don’t see many such entrepreneurs with years of real execution experience,” says Farias. 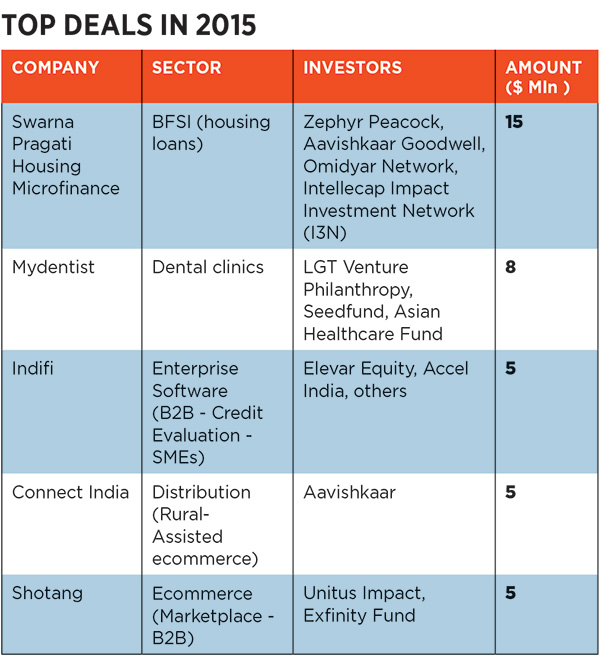 With 14 investments worth about $25 million, the Information Technology and IT Enabled Services (IT & ITeS) industry emerged as the favourite sector for investments among social venture capital investors, accounting for 26 percent of investments (27 percent by value).

Among the largest investments in the IT & ITeS sector were the $5 million from Unitus Impact and Exfinity Fund raised by Shotang, a B2B ecommerce marketplace, and a similar amount invested in SME funding platform Indifi by Elevar Equity, Accel India and angel investors.

Education was the second favourite industry among social VCs in 2015 attracting 11 investments worth $8 million (against 10 deals in 2014). Among educational ventures, vocational-focussed companies attracted the most interest—Karadi Path Education, which provides training in English, raised $2.3 million from Aavishkaar and Pearson Affordable Learning Fund; iStar, a vocational training company, raised $1.5 million from Unitus Seed Fund and Dell Foundation; and Avanti Learning, a test preparation firm, got $1.5 million from Dell Foundation and Pearson Affordable Learning Fund.

Health care and life sciences companies were also among the favoured investment destinations, attracting eight investments worth $15 million. Besides the $8 million for Mydentist, Be Well Hospitals, a multi-speciality health care network with a focus on non-metros, received promises of $3.1 million from Aspada. These apart, investors chose to fund verticals like telemedicine (MeraDoctor) and medical devices (breast cancer-focussed UE Life Sciences and Nayam Innovations, which specialises in eye care). 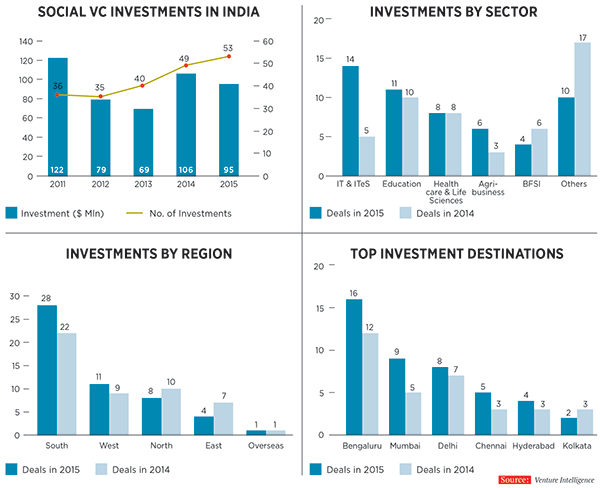 Investors say that while the magnitude of social impact investment is small compared to other alternative asset classes, like private equity and venture capital, more capital will come into this sector.

“It’s still a very promising sector. We do not believe that bearish sentiments (that impact public market or private investments) can impact it,” says Ravi Venkatesan, venture partner, Unitus Seed Fund, which is raising its next fund of $50 million.