The top 10 combined earned $1.4 billion pre-tax last year—nearly half of which went into Dr Dre's pocket 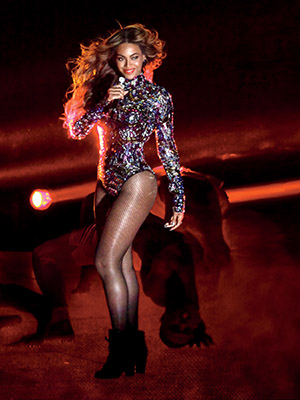 1. DR DRE, $620 MILLION
The super producer’s payout from Apple’s $3 billion purchase of Beats gave Dre the
biggest annual haul of any musician ever evaluated by Forbes

4. BON JOVI, $82 MILLION
The tail end of their Because We Can Tour, which grossed a quarter of a billion dollars, pushed the New Jersey rockers into the top five

5. BRUCE SPRINGSTEEN, $81 MILLION
That other Garden State notable grossed more than $3 million per night during his 34-date High Hopes Tour with the E Street Band

7. ONE DIRECTION, $75 MILLION
The British boy band’s earnings went in one direction—up—thanks to lucrative live dates, Pepsi ads and a No 1 album, Midnight Memories

8. PAUL McCARTNEY, $71 MILLION
The oldest artist on this list, the 72-year-old cute Beatle is still rocking his way around
the world—and grossing more than $3.5 million per city

10. TOBY KEITH, $65 MILLION
The country’s top earner is a diversified money machine whose commercial interests include his own record label, a mescal line and a restaurant chain