Here's what all the blood, sweat and sneers earn the WWE's top 10 - and a rundown of their signature moves

Wrestlemania 32 was one for the record books.

The April 3 pay-per-view event at AT&T stadium in Arlington, Texas, smashed a 29-year attendance mark (101,763 fans) and gave the WWE network its largest subscriber base to date (1.82 million). All of which means WWE superstars - who share revenue with billionaire chairman Vince McMahon - will be ringing up more money.

Which wrestler has the most financial muscle? Based on SEC filings, contracts and sources, 15-time champion John Cena (pictured below) has the highest base salary among weekly performers and moves the most merchandise. The 39-year-old pulled in $9.5 million last year, nearly 60 percent more than Brock Lesnar, who is at rank 2.

Here's what all the blood, sweat and sneers earn the WWE's top 10 - and a rundown of their signature moves. 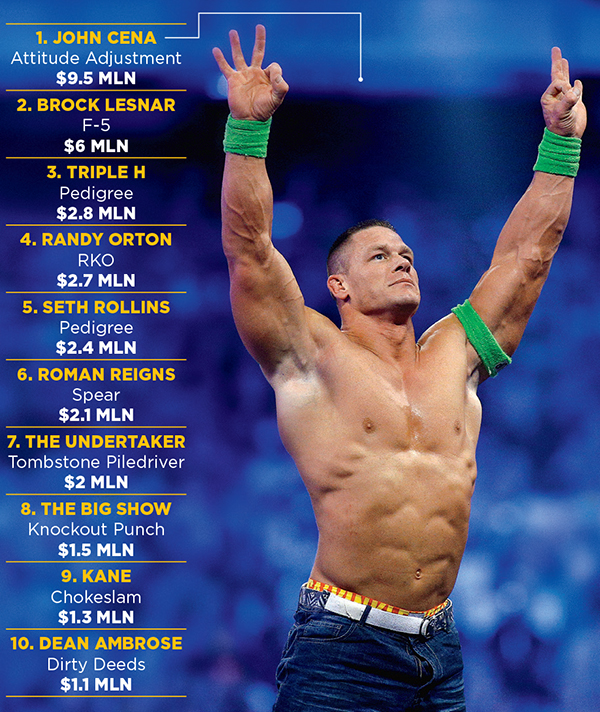