Build your career and build your personal brand

In today's busy workplaces, it is hard to get noticed. How do you build your career to develop your capabilities and make sure that decision-makers appreciate your talents? 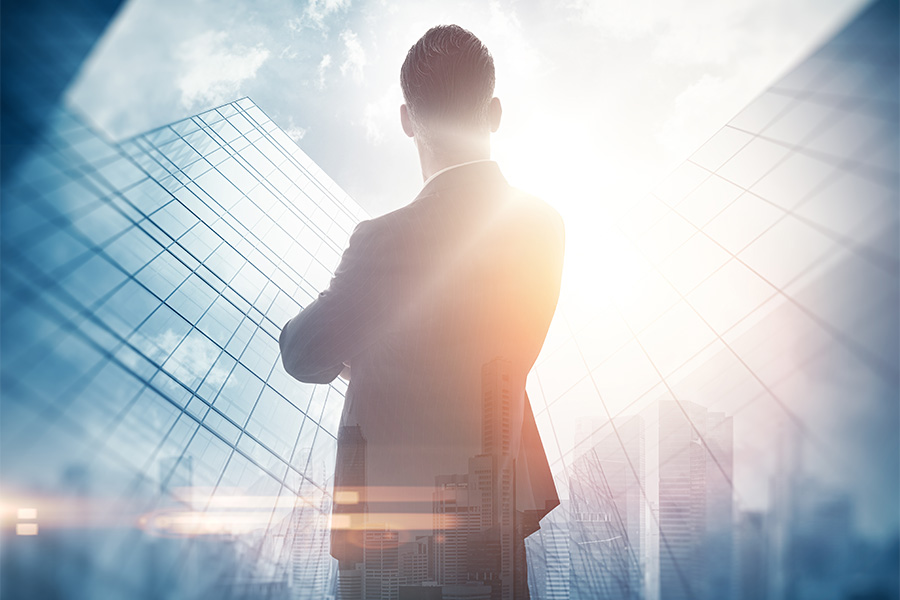 If you want to get ahead, you need to invest more time both developing your own capabilities and making sure decision-makers appreciate your talents and see your potential
Image: Shutterstock

This is the fourth article in our five-part Shine and Rise series. Written by Bennett Voyles, Shine and Rise explores how today’s companies can stand out in a competitive marketplace, differentiate their products and build a high-value company. He offers insights about different industries, provides real-life examples and offers practical suggestions.

For better and worse, business careers used to be less uncertain than they are today. The rungs up the corporate ladder were clearer, the outcomes less extreme.

Today, people change jobs much more often. A recent study by LinkedIn found that while the average Gen X college graduate (1986-1990) had two jobs in the first 10 years out of college, Young Millennials (2006-2010 graduates) are on track to change jobs up to four times by the time they hit age 32. At the same time, the average manager now has roughly 11 direct reports, according to a recent Deloitte study, up from about five in the 1980s—which arguably translates into fewer mentors and less opportunity for upward mobility.

Bigger departments, more turnover, and more internal flux means that your boss probably has a lot less time to get to know you than he once did. If you want to get ahead, coaches and other talent management experts say, you can’t wait for your boss to nurture you. Instead, you need to invest more time both developing your own capabilities and making sure decision-makers appreciate your talents and see your potential.

How do you ensure you get the chances you deserve?
For Edward Hess, Professor of Business Administration and Batten Executive-in-Residence at the University of Virginia’s Darden School of Business, the key to a successful career is to become an expert in one specialty and, once you have learned that, to broaden it. “As you grow, you can develop expertise in different areas,” he says. “The result can be multiple areas of expertise.”

Hess’s own career is a good illustration of this approach: a 30-plus year veteran of the corporate world, he studied law at the University of Virginia and New York University, held a series of executive positions in the energy business and private equity, and, finally, segued into a successful academic career.

Peter Drucker, the influential management thinker, also believed that active effort made the individual shine, according to a specialist in his thinking. “Based on my 30 years of study into Drucker’s work, I believe that individual knowledge workers can avoid the ‘commodity trap’ by steadily and consciously differentiating themselves not only from colleagues and co-workers, but also from people elsewhere who do similar work,” says Bruce Rosenstein, author of Create Your Future the Peter Drucker Way.

Look for opportunities outside your current role. If a new skill is being taught at your firm, sign up to learn it, advises Carol Kivler, a New Jersey-based executive coach. Volunteer, she says—outside committees and projects can “provide opportunities to network and meet others around the organization.”

Make yourself useful to your superiors, advises Prasad Kaipa, an executive coach and author who divides his time between India and the US. “If you want to break out, see what you can do to make the life easier for your boss. If that does not get you noticed, see what needs to be done by your department or division and take the lead in getting it done and share the credit with your manager,” he says.

Your demeanor also matters, particularly if the department is in flux—as many corporate departments often are these days. When organizational changes are being made, stay positive, suggests Kivler. “[D]on’t fall into the ‘complaining pit’ like others do,” she advises.

Thinking through your ambition ahead of time can also be a helpful way to focus on which skills you would like to develop in order to stand out from the pack. “Prepare yourself for the next job by imagining yourself to be in the next job,” Kaipa suggests. “If you were to be promoted, if you were to get the job you wanted, how would you add value to it—once you imagine the details of what you need to do to become successful in the next job, start acting on them and bridging the gaps between who you can be and who you are.”

Sometimes, what helps you shine may not even be directly related to the job. One way that Drucker won notice was through deep and extensive reading outside management. Every three years, he would pick a new specialty to study—becoming, for instance, such an expert in Japanese art that he even co-wrote a book on the subject in 1980. Not only did this avid pursuit of hobbies keep his mind active well into his 90s, but in the case of Japanese art, the avocation also helped make him a beloved figure to generations of Japanese managers.

Another way to stand out, coaches say, is to better understand how others see you—to clarify your “personal brand”.

This can be challenging for several reasons. Perhaps the biggest is that people often don’t understand their own value. Rosenstein says that Drucker believed few people really understand their own talents. “Most people think they know what they are good at,” Drucker once wrote. “They are usually wrong.” Typically, Drucker said, they tend to be either too critical or not critical enough.

To gain more perspective on your strengths, Dorie Clark, a consultant and author of Reinventing You: Define Your Brand, Imagine Your Future, suggests asking the opinion of people who know you well, even getting friends and co-workers to hold focus groups about you. One technique she likes: ask your friends and associates to come up with three adjectives they would use to describe you.

Many people also face special challenges in being seen for who they really are. Women and ethnic minorities in particular are frequently pigeonholed into particular roles. Kaipa, who was born in India and had to overcome some discrimination in his American career, says that you shouldn’t try to fight a stereotype directly but instead, demonstrate that you are capable of more. “Fighting only increases the perception people hold about you,” he advises. “But if they are surprised by you in a positive way, then they unconsciously see you beyond the stereotype.”

Of course, thinking too much about how you measure up against others can be limiting too. Often, we hold ourselves back by imagining personal deficiencies before anybody else has gotten around to thinking about us at all—the self-imposed mental boundaries the poet William Blake called “mind-forg’d manacles”.

“Focus on learning and being the best you can be without focusing too much on how you compare to others,” Hess says. “Your biggest competition is yourself—overcoming complacency… ego, defensiveness, insecurities, fear of failing or looking bad.”