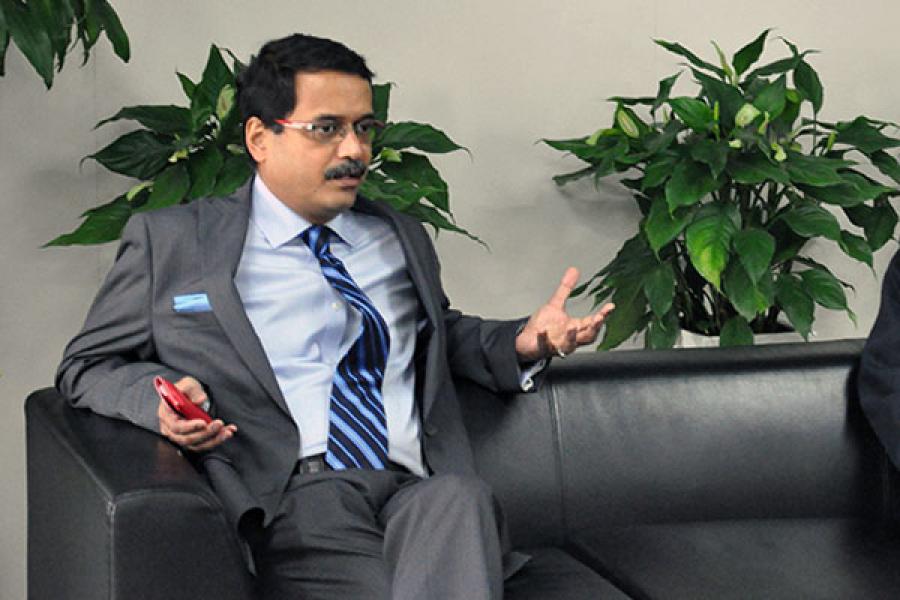 If you thought that China is all about big cities like Beijing, Shanghai and Guangzhou, think again. The next big areas of growth are lower-cities in China’s interiors. With 200 million households, rising incomes and growing opportunities, China’s lower-tier cities offer companies a huge, compelling and relatively untapped growth avenue. According to AC Nielsen research, tier-one cities had a disposable income value of RMB 1 trillion, while second to fourth-tier cities had a combined disposable income value of roughly RMB 8 trillion. Kunal Sinha, Chief Knowledge Officer and Cultural Insights Director at Ogilvy & Mather Asia, has been researching this for a while now, and recently released a study titled ‘China Beyond–Change & Continuity’, the third such study in seven years. In this interview, Sinha elaborates on the findings of this study and the implications for marketers.

Q. How big is this opportunity in China’s lower-tier cities?
A. The consumer classes in the second, third and fourth-tier cities consist of 200 million households. And 200 million households translate into approximately 650 million people. That’s a massive opportunity. This is a segment that’s going to hold up not just China’s economy if they start consuming more, (but) literally the world’s economy. And just to give you a sense of comparison with the tier-one consumer, which has been traditionally the focus of many marketers, especially multinational companies, this number of consumers is seven times what it is in tier-one cities. So there’s an order of magnitude difference. What is also interesting is that even now, advertising and marketing spend on these consumers in relation to tier-one cities is about 4.5 times. So it’s not that there is no attention being paid, but clearly the potential is much greater than what most companies are thinking right now.

Q. What is the typical lower-tier consumer in China like?
A. When you are talking about 200 million households, you can’t reduce them to one kind of consumer. There are subtle nuances, and sometimes the difference between (them and) a tier-one consumer is quite big. These are people who are far more community-driven in general. There is a far greater sense of family values. They like to stay closer with their families, and they are more likely to be three-generation families within most of the households. But then obviously there are young people who are slightly different from that norm, and these are people who, thanks to their exposure, have far greater expectations and they want to lead change, not just follow what the first-tier young people, for example, are currently doing. What’s also interesting, and this increases as we go down from second-tier towards the fourth-tier city, is that there is a natural affinity towards nature, towards natural things. There is a more easy-going pace of life. Things are not as rushed as they are in the first-tier cities, which allows them to explore a whole lot of interests and allows them to spend more time with the family.

Q. You touched upon a very interesting point about the lower-tier youth and how they don’t really aspire to do the same thing as the first-tier city youth. I think maybe 10 years back that might not have been the case. So what has changed?
A. These people (have) suddenly (realized) thanks to technology, thanks to greater exposure to other cultures and lifestyles, that they are not anymore the left-behind youth. The left-behind youth is a term that has been used in China to describe those young people, especially from small towns, who can’t get through the competitive gaokao system, and can’t go to the best of the universities, and therefore somehow feel that burden of not being very good.

But now because there are greater opportunities for e-commerce and there are greater opportunities for people to get involved with creativity, these young people think that they can really make a difference. That’s been a significant change, and one of the ways it manifests itself is when we ask people about their desirable occupation, young people in fourth-tier cities are saying that they want to be entrepreneurs. It’s because they are seeing that opportunity. They’re seeing other people who’ve been successful at being entrepreneurs, who may not have had a privileged education but they still made it in the new China, and that’s creating these opportunities, and they know of these simply through technology.

Q. And is that significantly different from first-tier city youth, and their aspirations?
A. Yeah, when you look at first-tier city youth, certainly there is some desire to strike out in the creative fields for example, but you find that in general first-tier youth are much more inclined towards working in multinational corporations and the fields of, say, technology or financial services, because these are seen as sectors where there will perhaps get more opportunities, not just within China, but perhaps even overseas. That’s an interesting dynamic that we’ve been seeing.

Q. People in lower-tier cities pay a huge emphasis on traditional values in the face of encroaching modernity, via things
like urbanization and the internet. How are these forces reshaping the landscape in lower-tier cities?
A. Whenever there’s tumultuous change, there are always interesting things that happen to a society. There is both a challenge to establish norms and relationships, but also new opportunities that get created. (To) look at the way traditions are being challenged, in a good way, (look at) corporations or the workplace, where in the old way it was impossible for a 25-year-old to challenge or question the authority of a 40-year-old or 45-year-old. But now the 45-year-old has no qualms in admitting that he or she is not as technologically savvy as the 25-year-old, and is willing to learn from a younger person. It’s the same thing within the family where a 35-year-old or 40-year-old mother is willing to listen to her 16-year-old daughter, who perhaps is more aware of what’s going on in the world when it comes to making a choice about which field she should get education in. That’s an interesting dynamic.

On the other side, young people now realize that they have an opportunity to challenge certain expected norms. We are seeing a lot of young public opinion through Sina Weibo for example, whenever there are issues around corruption, pollution for which they are able to identify people or corrupt officials who they believe should be stopped from getting away with those behaviors. Now earlier these channels didn’t exist, but now people are doing that, and that’s something that’s very significant.

Q. What are some of the big changes you have seen over the seven years that you have conducted this study?
A. The youth mindset has changed from almost a defeatist mindset to one that is far more optimistic. There are other significant changes, driven purely by the physical changes that have happened in these cities because they now have far more options for entertainment, education and employment. Seven years back everyone wanted to get out of the smaller towns. For the first time, people are interested in coming back from the big cities into smaller towns.

In retail formats, 6-7 years back the mainstay for consumer goods retail in small towns was the local mom and pop store. They had a personal relationship that went back 20-30 years. But now the shoppers want a better shopping environment. They are upgrading to modern format stores, like supermarkets or hypermarkets. That has significant impact on how you communicate with consumers and how you put your brand out there. Another area is the rise of e-commerce. That has suddenly put all those products that were not previously available to consumers in the lower-tier cities, available at literally the click of the mouse or their mobile phones. They are beginning to exercise that option.

Q. Five years back, China’s urbanization drive and urban migration was the big thing. Now we are starting to see reverse migration. How big is this trend currently?
A. All those young people who went to the big city 10 years ago were thinking of making a career, buying an apartment and a car, sending their kids to school in the big city, etc. They have realized that after slogging from 6 AM to 8 PM, they still cannot achieve those dreams simply because the cost of housing, education and healthcare has gone through the roof. The cost of buying a car and the registration plate for the car is astronomical. It means that they can’t achieve all those dreams.

But what makes it possible for them to return to the second-tier city is the fact that they have developed thanks to the government’s modernization drive. There are more employment opportunities, good quality housing, and more entertainment and education options. This big city experience that they have gained in the last 10 years makes them valuable employees when they go back home. If they choose to become entrepreneurs, even that is valuable because they can bring their experience and put it with their traditional networks of relatives and friends.

Tweets by @forbesindia
Should You Be a Specialist?
Is Not the Price, Is the Value: Revisiting Copyright Economics