As the war for talent intensifies, Chinese companies seem to be outdoing MNCs for the first time ever

By Chris Hawke and Sam Waldo 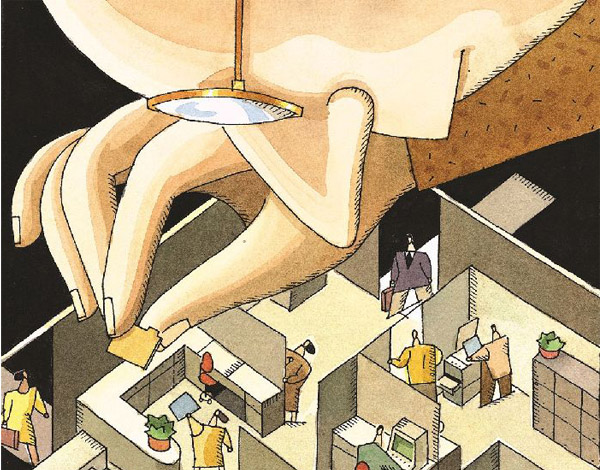 In the intervening years, Halma has experienced increasing difficulty in attracting and retaining qualified talent. “From 2006 to 2008, it was much easier to recruit entry-level employees or finance, marketing, and sales staff. From 2009 up to now, our HR team has spent more time on internet recruiting and got fewer CVs”, says Jiang.

Halma is not alone in its struggle to build a strong team in China. Hiring and retention have become difficult for multinational corporations (MNCs) in recent years.

Last year, only a quarter of graduating students listed MNCs as desirable employers. That figure was 50% in 2007 and 66% in 2004, according to surveys by recruiting firm ChinaHR, a company owned by Monster Worldwide.

Hiring is only half the battle – retention is another struggle. “It is not uncommon for MNCs to face 20% turnover or higher in China, a number that would raise major warning flags in most other markets,” says Ben Cavender, Senior Analyst with China Market Research.

MNCs are not the only firms with high turnover, but they are the ones who are struggling more to attract potential employees. Alexandra Hendrickson, Executive Vice President of executive search firm DHR International, has both Chinese and international clients. Hendrickson uses 30% as a base turnover rate.

“If your turnover rate is at 30% or above, it’s a total disaster,” whereas “If you can get it below 10%, that is considered really good,” Hendrickson says, though she knows rare companies that have achieved rates of 4 or 5%.

A Turning Tide
China’s brightest, whether fresh graduates from top universities or seasoned managers, used to flock to MNCs in droves, drawn by high salaries, opportunities to learn global best practices, and the possibility of overseas assignment.

But China’s enterprises have been learning, adapting and growing at rates that make most MNCs look anemic. For example, according to the Ministry of Finance, SOE profits grew by 37.9% in 2010 and another 12.8% in 2011.

Successful Chinese firms are now competitive for top talent too. “(This means) increased demand for skilled talent, while the local supply remains stable,” explains Michael Maeder, Account Manager with China-based recruiting firm Direct HR. MNCs no longer get the pick of the litter. The number of MNCs in China has increased as well, further exacerbating the supply shortage.

Though foreign workers used to be the hottest commodity, experienced locals, especially those with overseas working experience, are now the most sought after.

“More and more companies are coming to China to set up shop,” says Paul Loo, China Managing Director of executive search firm Profile Search and Selection. Selling in the local market requires local expertise, and even experienced foreigners lack the knowhow of a PRC national.

These coveted few are in such demand that they are getting job offers every week, even daily, and routinely decline even lucrative offers, says Loo.

A dominant short-term gain mentality has led many in China to hop from one job to the next following higher and higher offers, explains Cavender, leading to China’s astronomical turnover rate.

Second Fiddle No More
Chinese enterprises, both state-owned and private, are giving employees offers that MNCs have trouble matching.

A 2011 report, Rise of the Chinese Enterprise as Employer of Choice by executive search firm Korn/Ferry International, describes the unique appeal of Chinese firms.

For one, cash-rich Chinese firms can now offer salaries which are competitive with MNCs. Private Chinese firms also have the financial allure of a potential IPO, an enticing prospect that has made many millionaires overnight, says Korn/Ferry.

There is also the “sense of achievement in helping the Chinese enterprise go global”, Korn/Ferry reports, something MNCs generally cannot offer.

Managers in China also feel that Chinese firms promote quickly. “(Local enterprises) are willing to pay for (outside) talent. So they offer senior, flexible titles to encourage executives to come on board since most MNCs cannot offer these,” says a senior HR manager from an international beverage company surveyed by Korn/Ferry.

And even with the chance of failure at a small Chinese firm, executives surveyed by Korn/Ferry expressed that “Chinese enterprises are perceived to offer greater security and loyalty to their employees (compared with MNCs).”

Chinese firms are seen as giving employees more decision-making freedom, and this empowerment can be attractive. One manager at a global fashion retail company surveyed by Korn/Ferry described joining a small Chinese firm as “(akin to) starting your own company and satisfying a dream or ambition, but without having to sink in your own capital”.

For Self and Country
These reasons and more led Xiao Ming (name changed), an Ivy League-educated lawyer with humble roots in one of China’s poorer provinces, to leave his dream job at a prestigious Wall Street firm after five years, return to China, and join an SOE in Beijing.

One motivating factor for Xiao Ming is the scale, novelty and complexity of the deals he now works on in China. Xiao Ming’s Wall Street clients may have been large, but China’s SOEs tend to be the leviathans – unsurpassed the world over in both size or growth.

Working at an SOE has thrust Xiao Ming to the highest reaches of his industry, giving him a chance to impact the entire country. “(SOEs) give us a lot of power and influence over what we do,” he says.

But many who make the jump from MNC back to SOE struggle to fit in with the people-oriented culture of China’s behemoth enterprises, notorious for Byzantine office politics.

“Are there successes? Sure. Are there failures? Yes as well,” says Loo. “After three years, (many local Chinese) go back to multinational corporations.”

Xiao Ming says that pay at SOEs still lags behind that of MNCs at the highest levels, though this gap is narrowing. But that is offset by the special opportunities, sense of security and intangible benefits associated with SOE positions.

One such benefit is the sense that China’s time is now. Fueling the Chinese economic miracle by helping a homegrown firm become a worldwide success can be appealing to locals. “China needs us – people like me – to implement its globalization strategy,” says Xiao Ming, demonstrating a sense of pride and nationalism that MNCs would be hard-pressed to replicate in their employees.

A Porous Glass Ceiling
Some MNCs have become their own worst enemies in employee retention by setting up unseen barriers beyond which Chinese employees fear they will not be promoted.

Alexandra Hendrickson gives an example of Fang, who worked at a large industrial employer for 11 years.

Fang’s expatriate boss’ tenure would last several more years, but the company had already told Fang that his supervisor’s position would be filled by another expat. Without the prospect of career advancement, the company lost an employee who had been with them for over a decade.

The mere idea of a glass ceiling is toxic for employee retention. This is one reason why MNCs have been taking visible steps to localize management.

The American Chamber of Commerce in Shanghai’s 2011-2012 China Business Report found that 56% of the American companies polled have over 75% of senior management positions filled by Chinese nationals – a clear demonstration of just how thoroughly many foreign firms have localized their staff in China. Though it has not vanished, the glass ceiling for Chinese employees is certainly higher and more porous than it used to be.

The concept of the glass ceiling nonetheless persists in the minds of many Chinese employees. Situations like Fang’s reinforce these perceptions and hinder any efforts by MNCs to foster company loyalty.

Flies with Vinegar?
MNCs do a lot to push talent away. In 2011 Community Business, a Hong-Kong based NGO, published Bringing out the Best in Asian Talent, a survey which found some MNC traits that high-value Chinese employees find unappealing.

Sure enough, one turn off is the glass ceiling. Another is the complexity of English, the subtleties and idioms of which make it intimidating for even fluent non-native speakers.

Some Chinese employees feel that this cultural barrier keeps them from networking successfully. “Only those who truly understand ‘Western’ culture are able to move up the corporate ladder,” says the report.

A third negative trait is the “constant need to educate corporate headquarters staff about China, the values and the culture” – an onerous and unwanted responsibility for some Chinese employees.

Try Honey
Competitive Chinese firms are here to stay, and MNCs have no means of returning to their monolithic dominance of the Chinese high-value labor market.

But there are a number of factors that MNCs can and must tinker with in order to improve their image as employers.

For one, MNCs should demonstrate a clear commitment to prioritizing work/life balance. Also, MNCs should face poaching with salary flexibility.

Alexandra Hendrickson recalls advice she has given to clients in her Shanghai office for improving retention.

“At higher levels, (institute) training programs. Make Chinese employees feel they are being invested in, that the company cares about them. Training in the home country is a very, very powerful way to convey to an employee that they are valuable.”

Most important of all is making career advancement opportunities clear. Hendrickson says “The reason I see candidates in my office most often is that their employers do not articulate possibilities for employment in the company.”

Korn/Ferry’s advice to foreign firms is to “stretch your high-potential talent”, taking a page from Chinese firms and giving challenging assignments to even employees who lack adequate experience.

Keep talent satisfied by “creating additional titles for use in China that are outside of the global ranking scale.” An employee might leave for a competitor if offered a more prestigious title.

Another strategy that could boost loyalty, according to Community Business, is providing more exposure to international best practices, an advantage that most MNCs have over Chinese firms.

MNCs can and must adapt if they are to regain their footing in the fight for China’s top talent, integrating Chinese employees into their corporate families and replacing the pervasive glass ceiling mentality with clear, merit-based trajectories for advancement.