Off his own bat 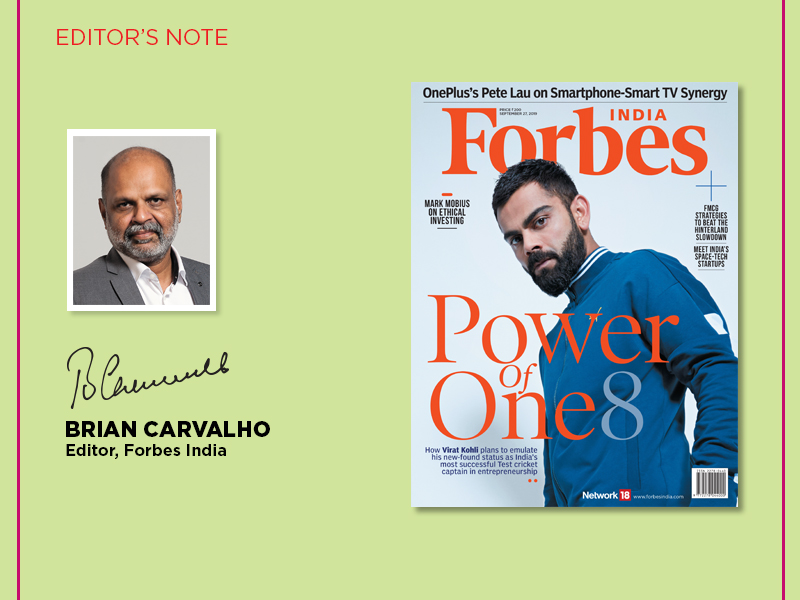 In July, Zion Williamson, who Bloomberg described as “the most heralded NBA rookie since LeBron James”, signed up with a Nike brand. Nothing unusual about that—except that the label was Jordan, created back in 1984 for former NBA superstar Michael Jordan.

Now ardent NBA buffs may see nothing unusual in that, too. After all, the Jordan brand sponsored at least 20 active NBA players, at last count. Back home, though, the thought of a brand developed around a sportsperson pulling in another of his or her ilk is unheard of. That may be because there are just a handful of brands that sportspersons have created. The ones that come first to mind are: Seven, the fitness and lifestyle label launched by an MS Dhoni-backed company; and True Blue, Sachin Tendulkar’s joint venture with clothing company Arvind.

It’s a small pool of sportspersons that plays the brand-building game; most others tread that more familiar route of endorsing and being ambassadors.

If there’s one sports superstar who is determined to break away from the pack, it is Virat Kohli—in as similar a manner, his fans would say, as he stands apart from the rest of the bunch of the world’s best batsmen. This fortnight’s cover story is on the Indian cricket captain’s efforts to emulate his record-breaking cricketing feats—last fortnight Kohli became India’s most successful Test captain after a 2-0 sweep in the West Indies—as an entrepreneur.

In November 2017, Kohli teamed up with Puma to launch athleisure brand One8. The partnership was unusual not just because few Indian sportspersons have tied up with a sportswear firm to launch a label. More significantly, this is perhaps the first time a sportsperson was going the whole hog in entrepreneurship when at the peak of his career.

Kohli knows exactly what he was doing. As the 30-year-old batsman tells Rajiv Singh in an exclusive interview: “Around 2016… I would have easily had 10 to 12 years of cricket left in me. So I thought that’s a great time to grow the brand. I didn’t want to do it at the fag end of my career.” For more on Kohli’s plans to grow One8, and for parallels between his cricketing career and building a brand, read cover story.

After the economic growth’s slump to 5 percent in the April-June quarter, the distress in manufacturing and consumption is out in the open. And just one sector that’s hurting is fast-moving consumer goods (FMCG), in which rural sales growth was 1.5 times urban sales till 2014. However, lack of income growth in the past five years has resulted in rural and urban sales growth now being virtually at par.

In our ‘Beyond Suburbia’ package, Samar Srivastava—who also steered the package—takes a look at what went wrong in rural India in the past half a decade.

FMCG companies are pulling out all stops to spur rural demand. Divya Shekhar delves into some of their strategies, which includes creating ₹1 packs of tea and ₹3 sachets of perfume! On a more cheerful note, Naini Thaker explores how solar power is helping run everything from primary health centres to blacksmiths’ hammer machines in Karnataka’s hinterland; Monica Bathija travelled to the interiors of Maharashtra to see how the government’s ‘housing for all’ scheme is making millions of dreams come true (with a few caveats) and Varsha Meghani explores how a clutch of fintech startups is using technology in its attempt to make financial inclusion a reality.