In just three years, Xiaomi has emerged as a strong contender for the top spot in India 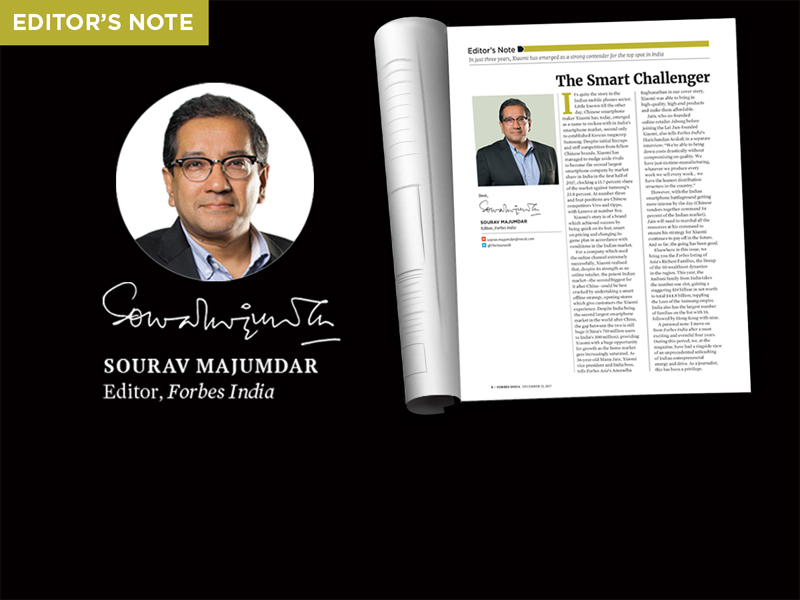 In just three years, Xiaomi has emerged as a strong contender for the top spot in India
It’s quite the story in the Indian mobile phones sector. Little known till the other day, Chinese smartphone maker Xiaomi has, today, emerged as a name to reckon with in India’s smartphone market, second only to established Korean megacorp Samsung. Despite initial hiccups and stiff competition from fellow Chinese brands, Xiaomi has managed to nudge aside rivals to become the second largest smartphone company by market share in India in the first half of 2017, clocking a 15.7 percent share of the market against Samsung’s 25.8 percent. At number three and four positions are Chinese competitors Vivo and Oppo, with Lenovo at number five. 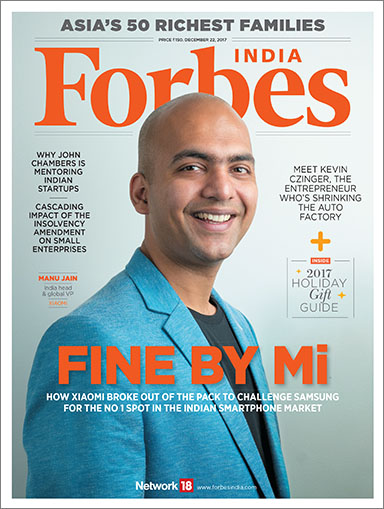 Xiaomi’s story is of a brand which achieved success by being quick on its feet, smart on pricing and changing its game plan in accordance with conditions in the Indian market.

For a company which used the online channel extremely successfully, Xiaomi realised that, despite its strength as an online retailer, the potent Indian market—the second biggest for it after China—could be best cracked by undertaking a smart offline strategy, opening stores which give customers the Xiaomi experience. Despite India being the second largest smartphone market in the world after China, the gap between the two is still huge (China’s 710 million users to India’s 300 million), providing Xiaomi with a huge opportunity for growth as the home market gets increasingly saturated. As 36-year-old Manu Jain, Xiaomi vice president and India boss, tells Forbes Asia’s Anuradha Raghunathan in our cover story, Xiaomi was able to bring in high-quality, high-end products and make them affordable.

Jain, who co-founded online retailer Jabong before joining the Lei Jun-founded Xiaomi, also tells Forbes India’s Harichandan Arakali in a separate interview: “We’re able to bring down costs drastically without compromising on quality. We have just-in-time-manufacturing, whatever we produce every week we sell every week… we have the leanest distribution structure in the country.”

However, with the Indian smartphone battleground getting more intense by the day (Chinese vendors together command 54 percent of the Indian market), Jain will need to marshal all the resources at his command to ensure his strategy for Xiaomi continues to pay off in the future. And so far, the going has been good.

Elsewhere in this issue, we bring you the Forbes listing of Asia’s Richest Families, the lineup of the 50 wealthiest dynasties in the region. This year, the Ambani family from India takes the number one slot, gaining a staggering $19 billion in net worth to total $44.8 billion, toppling the Lees of the Samsung empire. India also has the largest number of families on the list with 18, followed by Hong Kong with nine.

A personal note: I move on from Forbes India after a most exciting and eventful four years. During this period, we, at the magazine, have had a ringside view of an unprecedented unleashing of Indian entrepreneurial energy and drive. As a journalist, this has been a privilege.

Tweets by @forbes_india
IT's time to make hay
Warren Buffett: Why the media went rogue