Bentley on a roll

Amid chaos at parent company Volkswagen, could the venerable British automaker's CEO get a second shot at the top? 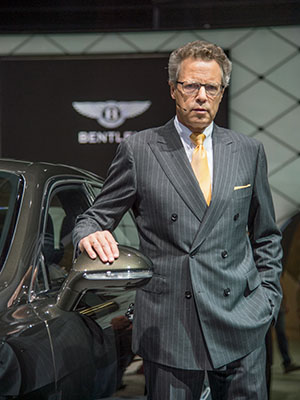 When we last met Wolfgang Dürheimer in 2012, Forbes called him the ‘next king of Volkswagen’, a rising star at the world’s second-largest automaker. Having led VW’s Porsche R&D to unimaginable heights—he developed and launched that fountain of profit, the Cayenne—he was moved to sister company Bentley in 2010 to redraw the business plan amid the Great Recession and two years of collapsing sales and over $400 million in losses.

“I joined Bentley at a time where I could make my mark,” the 56-year-old CEO says now. Confident in future growth, Dürheimer had bold plans that included development of an extravagant new flagship—the $300,000 Mulsanne—and by 2011, Bentley returned to profit, just barely.

For his efforts, Dürheimer was named head of Audi R&D—in short, ‘chief engineer’. Then his career went into a spinout. A culture clash with Audi lifers and a proposed recasting of Audi’s mission ended Dürheimer’s tenure after nine months.

Following a short time in what the Japanese call a ‘window job’— watching over VW Motorsport—Dürheimer was back at Bentley.

Such is life at VW these days. Dürheimer’s drama is just a small part in the Wagnerian Ring Cycle playing out at the automaker, where Ferdinand Piëch, the mercurial chairman of Volkswagen, was recently ousted in a showdown with his presumed successor, Martin Winterkorn. When Piëch publicly humiliated Winterkorn in March, saying he wasn’t up to the task of running the company long term, Winterkorn got the backing of the automaker’s top-level committee and beat his former boss for control of the company. By late April, Piëch was gone. 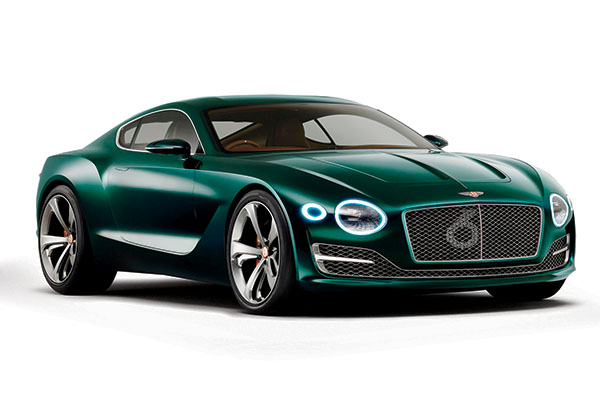 Which takes us back to Dürheimer. Despite a 17 percent jump in first-quarter operating profits, sales at the Volkswagen Group are stagnant: The number of vehicles sold was up just 1.8 percent in the first quarter over last year, with profits eked out through cost-cutting. Winterkorn’s push to grow in the hot US market (where car sales are up almost 6 percent so far this year) has been a disaster. Sales were down 1.4 percent through the first quarter, following a 2 percent decline last year.

Increasingly, VW’s stable of luxury brands has become its profit centre, especially Porsche and Audi. To stay on top, Winterkorn will need to keep it that way.

That’s good news for Dürheimer. Under his command, Bentley sold just over 11,000 vehicles in 2014, a new record, and turned a profit of $191 million. Next year, he’ll launch Bentley’s first SUV, the Bentayga, initially with a W12 engine and then with a hybrid powertrain. “By the end of the decade 90 percent of our range will offer hybrid capability,” he says.

And more new models are on the way. Among the most glamorous unveiled at the Geneva Auto Show in March was the Bentley EXP 10 Speed 6, a two-seat hybrid concept car.

Coupled with his stint at Porsche, Dürheimer’s performance now makes him the favourite to lead all four sports-luxury brands at VW: Bentley, Bugatti, Lamborghini and Porsche. It’s a powerful throne in the post-Piëch era—but for his sake let’s not call him the next king of anything just yet.