The next possible unicorns from India 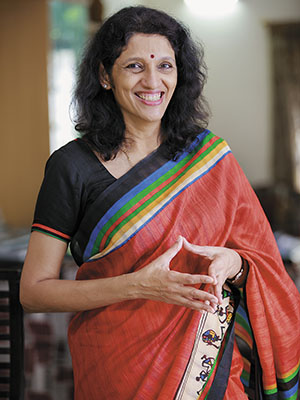 Portea Medical is present in 24 cities in India and four in Malaysia. It handles over 60,000 home visits a month and has a workforce of over 3,500 people, including doctors, nurses, nursing attendants and physiotherapists.

The startup uses technology to supplement its workforce by offering services through mobile apps and the web; it also uses technology to remotely monitor the health of clients. It has partnered with Manipal Hospitals, thus expanding its scope of business.

In November 2015, it bought specialty pharmaceutical distributor Medybiz Pharma to deliver better pharmacy care to patients with chronic conditions, and is said to be making two more acquisitions.
Over the next 18 months, Portea Medical will hire 5,000 more people and also expand to other Southeast Asian countries. 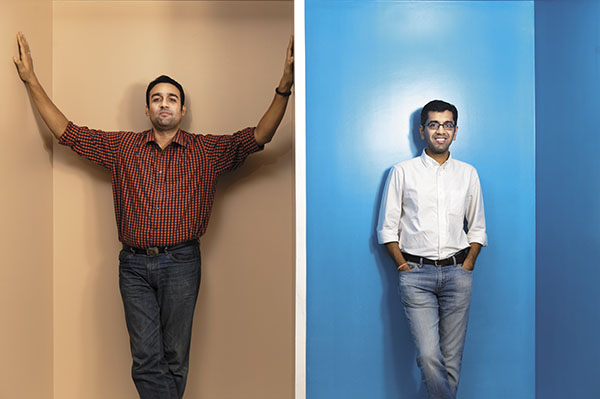 Image: Bmaximage
Urban Ladder
Founded: July 2012
Co-founders: Ashish Goel & Rajiv Srivatsa
Ashish Goel and Rajiv Srivatsa, both 37, had only one objective in mind when they started their online furniture store Urban Ladder in July 2012—to make Indian homes look beautiful. And that’s precisely what the two friends have been doing for the past three years, operating out of the country’s IT/startup capital of Bengaluru.

The furniture etailer sells over 4,000 products in more than 26 categories. It has also added décor solutions, mattresses, and modular kitchens and wardrobes as part of its offerings.

And, like many startups, the company has invested in technology to make online shopping for furniture as seamless as buying a flight ticket.

Urban Ladder’s core strength and differentiator is that the founders invest heavily in design. In fact, Goel and Srivatsa prefer to be known for having created a design house that curates tasteful furniture.

However, given that the furniture market is highly unorganised, they have had to link the dots in the supply chain, from delivery to contract-manufacturing.

At present, the startup is focusing on expanding its product range and growing its reach within the country. The long-term vision of the two founders is for Urban Ladder to be an end-to-end furniture and home furnishings supplier. 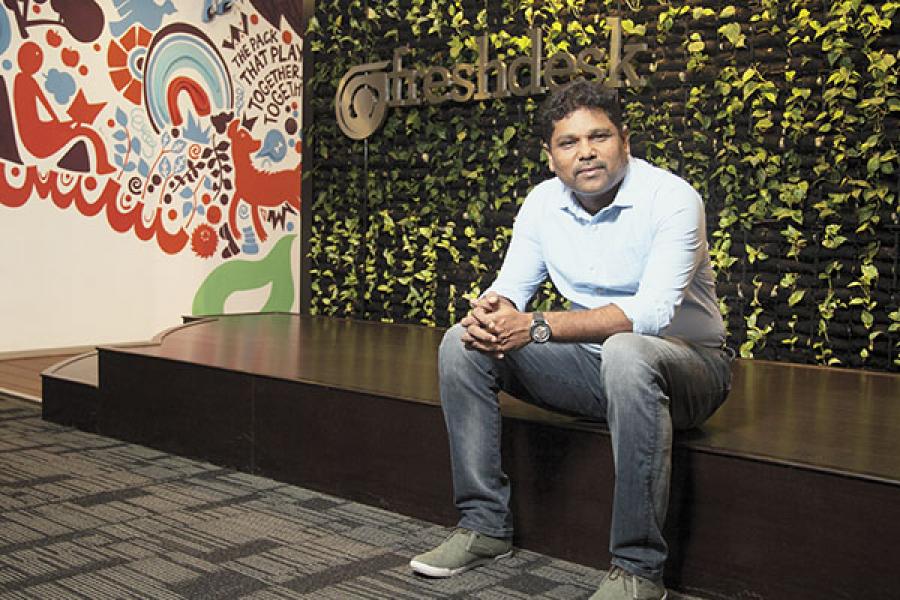 Freshdesk
Founded: October 2010
CEO: Girish Mathrubootham
It all started with a broken television set for 40-year-old Girish Mathrubootham. Two months after moving back to his hometown Chennai from the US in mid-2009, his television set arrived in pieces. The company that shipped it wasn’t paying heed to Mathrubootham’s repeated phone calls or emails. He finally registered his complaint on an online forum R2IClub (Return to India Club). Within 24 hours, he was compensated for his broken television.

His learning from the experience: While traditional channels of customer support failed, a new medium like an online social forum had more impact. And by 2010, consumers had started to communicate their feedback to companies through social media platforms such as Twitter, Facebook and YouTube.

The changing tide caught Mathrubootham’s imagination, following which he founded Freshdesk in October 2010. Freshdesk builds an eponymous cloud-based customer support software that enables companies to better connect with customers through newer channels of communication. Six months after it was founded, it won the Microsoft BizSpark Startup Challenge in 2011.

Headquartered in San Bruno, California, Freshdesk has more than 50,000 customers spread across 145 countries. Since 2013, the startup has clocked an annualised revenue growth of 500 percent, 300 percent, and 250 percent year-on-year. In the same period, it has raised $94 million in capital from Accel Partners, Tiger Global and Google Capital.

Even as Freshdesk directly competes with New York Stock Exchange-listed entities Zendesk and Salesforce.com, investors are betting big on the company’s feature-rich software products that are available at affordable prices. The five-year-old company recently launched its second software product Freshservice, an internal IT help desk for employees. 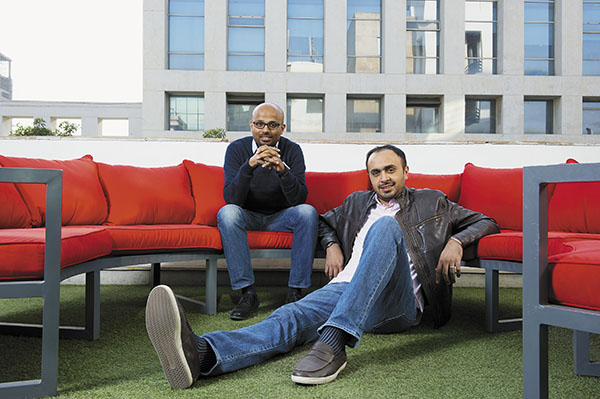 Today Grofers—that works on an app-only model—delivers across categories, from groceries to baby care products and sports equipment. While its business model may be the same as rivals PepperTap and ZopNow, the founders believe quality of service will be its key differentiator.They are trying to improve customer experience, including cutting down delivery time.

This single-minded belief has been bought into by investors such as Japan’s SoftBank, Sequoia Capital and Tiger Global.

During its latest round of Series C funding in November 2015, the hyperlocal delivery startup is said to have been valued at a little below $400 million, according to a report by business daily Mint.

So far, Grofers has attracted investments of $166.5 million over three rounds of funding. With over 1.6 million app downloads and a presence in 26 cities, with another 24 on the radar, Grofers seems bent on delivering hyper-paced success, along with your daily groceries. 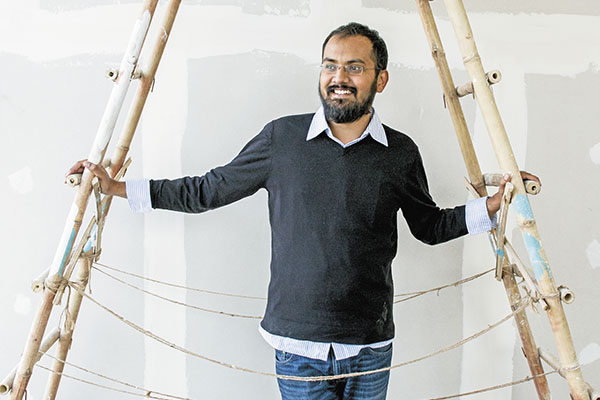 
Delhivery
Founded: March 2011
Co-founder and  CEO: Sahil Barua
It might have started off as a hyperlocal food delivery company headquartered in Gurgaon, Haryana in March 2011, but today, last-mile logistics startup Delhivery counts ecommerce giants Flipkart, Amazon and eBay as clients.

Sahil Barua, CEO, along with four others founded Delhivery as there was no third-party delivery platform for local retailers and restaurants. Much has changed since the company’s inception four years ago and now Delhivery services 1.5 lakh to 2 lakh ecommerce orders a day. It also services 11,000 restaurant orders per day, which includes the business of Opinio—a last-mile delivery platform in which Delhivery invested in October 2015.

Its business model, which is skewed heavily towards engineering and operational design, sets it apart from its competitors including pure-play ecommerce firms that have an in-house logistics arm. Currently, Delhivery enjoys a 21 percent share of the delivery market in the ecommerce space.

Till date, Delhivery has raised $127.5 million from four investors, namely Times Internet, Nexus Venture Partners, Multiples Private Equity and Tiger Global. The startup has also made strategic investments in other logistics platforms such as Opinio and Parcelled, an on-demand shipping startup. Barua, 31, along with the other co-founders are striving to create a large open platform—both from a technology and infrastructure standpoint—to enable all forms of digital commerce.

Besides the ecommerce sector and hyperlocal deliveries, the company is also upping the ante on ancillary verticals like auto components and spare parts and larger sectors like pharmaceuticals. It is also entering the food and beverages and FMCG segments, both of which rely heavily on last-mile connectivity. 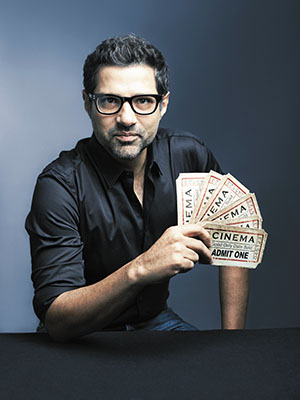 BookMyShow is India’s biggest retailer of e-tickets for movies and events and accounts for 85-90 percent of that market. Sixty percent of BookMyShow’s sales are from movie tickets. Sports, which currently accounts for almost 20 percent of its revenues, is seen as a huge area of future growth. The remaining revenue comes from plays and live events, among other things.

BookMyShow facilitates movie bookings in about 2,500-3,000 screens across 300 cities and towns. About 70 percent of bookings are done on the BookMyShow mobile app which, say experts, is the most successful mobile ecommerce app in the country. So far, the company has been doubling its user base annually.

One of the key realisations for BookMyShow is the importance of content for its future growth. It will go deeper into content around movies and events. It has increased engagement with its customers by offering film reviews and ratings, receiving immense approval from users. It has partly launched a filmography section and plans to add to the content in the coming months. It will also soon launch videos, of 6-10 minute duration, focussed on entertainment.

This year, it expects to generate brand advertising revenues of up to $4 million. For the year ended March 2015, BookMyShow reported revenues of about Rs 128 crore, an increase of 52 percent from the previous fiscal. 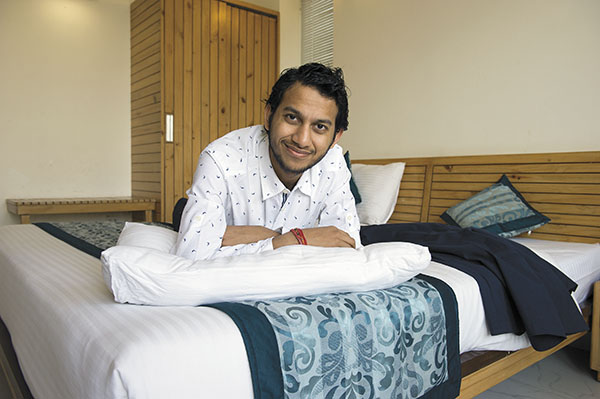 Image: Amit Verma
OYO Rooms
Founded: 2013
Founder: Ritesh Agarwal
He sold mobile SIM cards, wrote a book on the top 100 Indian engineering colleges and is the first resident Indian to win the Thiel Fellowship, a two-year programme started by PayPal founder Peter Thiel. College dropout Ritesh Agarwal is not your average 22-year-old. His two-year-old startup OYO Rooms is the largest branded network of hotels in the country, with 4,000 hotels across over 160 cities, offering affordable stays.

OYO partners with hotels with an aim to standardise rooms under the OYO Rooms brand so that the traveller’s experience remains the same irrespective of the city. The standardisation includes free WiFi, breakfast and spotless white bed linen. The budget stays range from Rs 999 to Rs 5,400. OYO supports property owners by training their staff in house-keeping and services, standardising supplies and technology integration. The startup is now going beyond budget hotels and is expanding into resorts and service apartments.

It has raised over $125 million from SoftBank, Greenoaks Capital, Sequoia Capital and Lightspeed India, not a small feat for a two-year-old firm.

OYO Rooms audits each hotel that it manages regularly. A rating of less than three stars by customers can lead to the hotel being dropped from OYO Rooms’ network. OYO Rooms works on a commission fee model and takes an average of 20 percent on the total booking value facilitated by it. It currently has 1,500 employees.

Methodology
The seven unicorns of the future were selected by a jury of seven members including angel investors and venture capitalists and advisory firms. These companies were chosen on the basis of their business models, customer validation, market potential and likelihood of garnering valuations above $1 billion over the next three to five years. Votes by investors for their own portfolio companies were not considered while selecting these firms.