Festivals of the fortnight.. 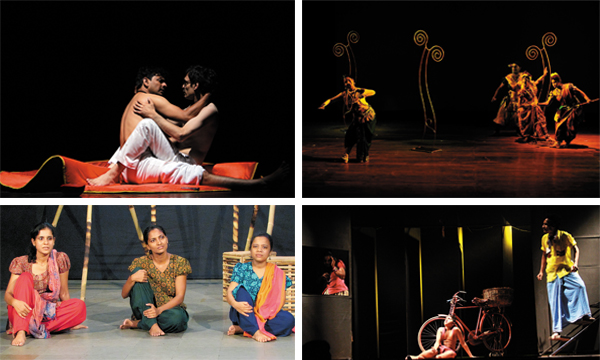 (Anti-clockwise from top left: A scene from A Straight Proposal which has been nominated in various categories for the META Awards; Aaydaan is one of the plays to be nominated; Shanthamani Muddaiah, Kali, wood charcoal with cotton rag; The list of nominations also includes Chitrapata)

Spotlight
META Awards 2015
LTG Auditorium and Kamani Auditorium, New Delhi
March 21-26
in.bookmyshow.com
The Mahindra Excellence in Theatre Awards (META) are back and will
be held in Delhi this year. Now in their 10th year, the awards recognise and reward theatre production and stage craft in all their forms, with awards for playwrights, set designers, costume and lights designers, direction and performance. Nominations for the 2015 awards include productions from a vast swathe of the country, including Delhi, Mumbai, Bangalore, Kerala, Guwahati and Assam. 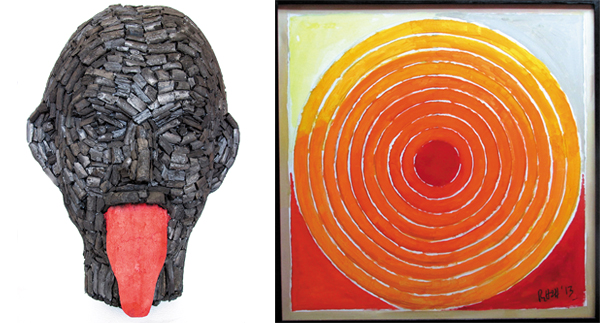 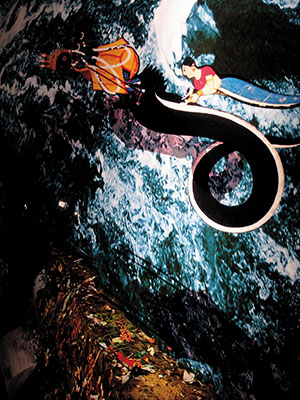 Forms of Devotion: The Spiritual in Indian Art
Lalit Kala Akademi, New Delhi
March 21-April 26
This multi-dimensional theme has been conceptualised around the notion of the spiritual and devotional in Indian art. It explores the idea through artistic creations in different forms and styles, across ideologies and philosophies as well as faiths and regions of the country. The exhibition will include about 350 artworks by over 150 artists chosen from nearly 3,000 works in the Museum of Sacred Art, Belgium. The Sacred Arts Festival, which will run along with the exhibition, includes music and dance performances apart from workshops, lectures, art film screenings, gallery walks, digital outreach and extensive educational events.


Fresh off the Shelves
• Neither a Hawk nor a Dove: An Insider’s Account of Pakistan’s Foreign Relations
Khurshid Mahmud Kasuri (Penguin Random House)
Khurshid Kasuri, Pakistan’s foreign minister between 2002 and 2007, provides an insider’s account of the country’s foreign policy, especially the peace process with India, including the Kashmir framework (then hailed as the most promising dialogue ever between Pakistan and India since Independence), and the complex Pakistan–US–Afghanistan–India quadrangular relationship.
• The Bard of Blood
Bilal Siddiqi (Penguin Random House)
Researched with the assistance of US and Indian intelligence agents and the crime-reporting veteran S Hussain Zaidi, this is a gripping thriller set in war-torn Balochistan. The plot involves the cold-blooded murder of Lieutenant General Sadiq Sheikh, an ex–Research and Analysis Wing (R&AW) boss, which sends shock waves through R&AW and the government. The killer is a man who knows too much and is part of a diabolical plot to create what might become a Third World War.
• India’s Biggest Fraud: How the 2G Scam Unravelled
J Gopikrishnan (Penguin Random House)
A razor-sharp analysis of the 2G spectrum scam and its aftermath by J Gopikrishnan, the journalist who first exposed it in 2008. He now draws on undisclosed material and personal interviews with the chief players in the drama to reveal how corporate icons, media heavyweights and political bigwigs jointly contrived to manipulate the system to their advantage. He also recounts the incredible challenges that accompanied the initial exposé and how he brought to light the explosive Niira Radia tapes two years later.

Tweets by @forbes_india
'Corruption could come in the way of Make In India Succeeding': Deloitte's James Cottrell
Quotes on shopping