Through the book, I found a process of seeking silence within oneself

Wellsprings is not a famous book. It’s a book of spiritual exercises, but it’s not a religious book although it’s written by a Jesuit priest, Anthony de Mello. It has had a huge impact on me as a person, and through that, in business, leadership style and many other areas. I found it so worthwhile that I must have gifted upwards of 50 copies to various people over the years.

When I look at the exercise I did in 1991, I had recorded I wanted to be an entrepreneur. The very fact that I had written, that I kept re-visiting it, played a role that this was not a desire I would then forget and say it is too late, don’t do it. 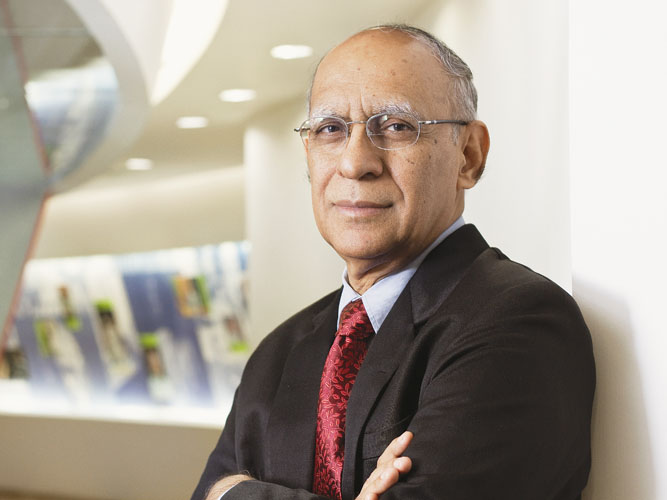 Image: Mallikarjun Katakol for Forbes India
Ashok Soota, Executive Chairman, Mindtree
You need to develop yourself to be a better manager, a better leader and a better human being. You need to be a good leader and a manager. I think the book gave you a lot of thoughts and ideas on the third part: Being a better human being.
Through the book I also found a process of seeking silence within oneself. It led me to meditation, something I’ve been doing for many years. If you close your eyes for five minutes and get peaceful within yourself, you will be amazed at how recharged you get.
Another point I got through a process in the book was accepting life without any complaints. This was a great source of consolation when we were just about a year old and the dotcom bust hit us.
We began as an Internet solutions company, at the height of the dotcom boom. Within a year, we had the dotcom bust, followed by the telecom bust, which was the only other thing we were doing. When you look at it all the companies which started in our space at that time, we are the only survivors. I said that good times won’t last forever, neither do bad times; therefore you could use those bad times to prepare yourself for the future.
(As told to Nilofer D’Souza)