The annual honour roll of the Fabulous 50 singles out the best of Asia-Pacific’s biggest publicly traded companies. The brightest of those stars is India’s HDFC Bank, which has made the list eight times, more than any other company since we started compiling this roster in 2005. 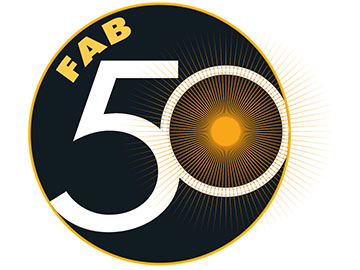 China boasts of the most companies, as has been the case for the last three years. But the number fell to 16, down from 20 last year and 23 the year before that. The country’s real estate slump knocked off all the property developers that would make the list regularly. Tech companies dominate China’s line-up, with Tencent the most valuable, having a market cap of $155.6 billion, nearly twice that of runner-up, Tata Consultancy Services. Lenovo is the biggest in terms of annual revenue—$38.7 billion, edging out India’s Tata Motors (India has 12 firms on the list). South Korea has six, with Naver for the sixth straight year and Hyundai Glovis for the fifth. Casino kings Galaxy Entertainment Group and Melco Crown Entertainment represent Hong Kong once again, along with newcomer Chow Tai Fook Jewellery. After failing to get any companies on the list in the last two years, Japan has two this year—Suntory Beverage & Food and Unicharm, both newcomers.

There are eight other first-timers. Another eight return after falling off in recent years. That means 19 firms failed to repeat, including China snack leaders Tingyi Holding and Want Want China Holdings. At least one of them had made the cut every year since 2007. Other companies ending long streaks include China’s Hengan International Group and India’s ITC. The Fab 50 is chosen from a pool of 1,094 companies that have at least $3 billion in market cap or annual revenue. Since only public companies are considered, hot privately held outfits such as Alibaba Group and Huawei Technologies are out. We screen for a long series of performance measures, analyse the outlook for each company and throw out any that carry a lot of debt or are more than 50 percent state-owned. Companies that are more than 50 percent owned by listed parents are also culled. The result is the region’s best of the best.

ALL FIGURES ARE IN US DOLLARS. SALES ARE FOR THE LAST FISCAL YEAR THE COMPANY REPORTED. MARKET VALUES AS OF AUG 18. SOURCES: FACTSET RESEARCH SYSTEMS; BLOOMBERG.