Some games—even some studios—go under after a botched start, but when the hopefully revamped 'Cyberpunk 2077' goes back on sale the developers will be hoping they emulate the revival of games like 'No Man's Sky' 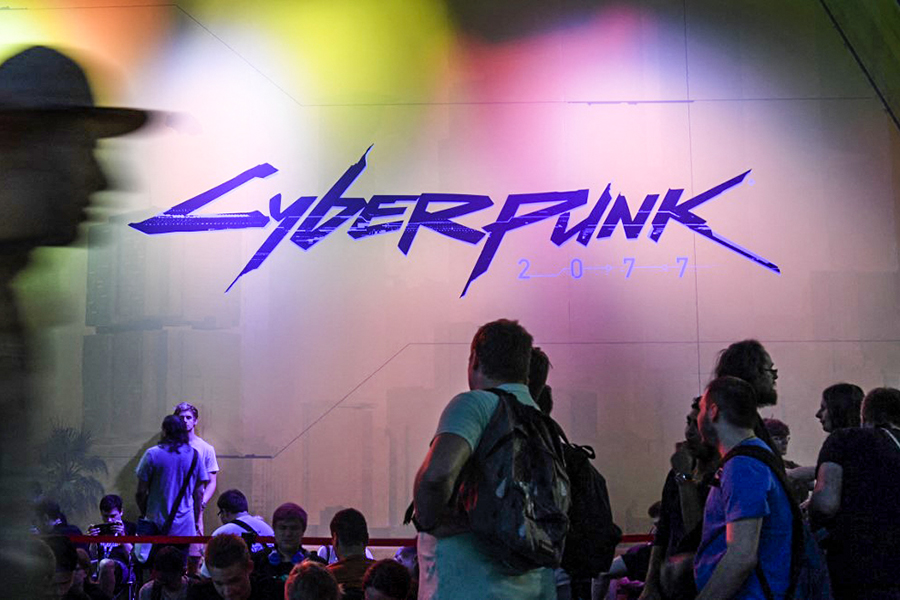 Retro-futurist video game Cyberpunk 2077 will be back in the Playstation store on Monday after a disastrous launch marred by bugs forced a 184-day time-out.

But can a blockbuster game recover from the reputational hit of a failed roll-out? Sometimes, as other titles have shown, one can.

"Redemption is possible," said Yohan Bensemhoun, game tester for jeuxvideo.com. "But it's risky. Fail twice and you're done."

CD Projekt's dark future roleplaying title had been hotly anticipated after the studio's work on the groundbreaking The Witcher III, but gamers were disappointed when the game first appeared and an online storm damaged confidence.

Some games—even some studios—go under after such a botched start, but when the hopefully revamped Cyberpunk 2077 goes back on sale the developers will be hoping they emulate the revival of games like "No Man's Sky".

When that game came out in mid-2016, under the banner of UK studio Hello Games, the epic space explorer was billed as a revolution, set in an almost infinite universe featuring planets boasting unique ecosystems.

"It's up there, yes, as one of the most exciting game I've ever awaited," said 31-year-old British gamer Matthew Winter.

The resulting game, however, fell short as repetitive and bug-ridden. A social media furore erupted among the vocal gaming community.

"I was very disappointed," admitted Winter. "I blame them for lying but I blame myself for allowing myself for being as hyped as I was."

Many player demanded refunds, but five years later No Man's Sky has not only survived but—after a series of free downloadable fixes and improvements—it has become a critical success and something of a classic.

Reinvention and constant updates are even more important in the world of the MMORPG—or massively-multiplayer online role-playing game—which relies on a loyal subscriber base to maintain longer-term revenue.

Real world money
In 2010, Japanese studio Square Enix's "Final Fantasy XIV"—as the number implies—inherited fans from a popular long-running series, only to disappoint them at first with a lack of varied content within the players' world.

The first version was taken down and a relaunched, reworked virtual world returned in 2013. Bit by bit the community was restored, and by the middle of last year 20 million players were wandering its vast playable space.

As journalist Daniel Andreyev explained, the huge user base becomes not only the strength of a game and the source of its profits, but also a powerful incentive not to just abandon a struggling title but to rework it over time to iron out problems.

Sometimes, it's not a technical failure that sinks a game, but a perceived betrayal.

In 2017, US publisher Electronic Arts brought out "Star Wars: Battlefront II", a title that could rely on the goodwill of fans of both the iconic space opera franchise and a series of popular and accomplished battle games.

The problem was in the way players progressed in the game, with their digital avatars gaining prowess through "loot boxes": caches of virtual weapons and equipment to help them overcome increasingly dangerous foes.

These boxes could be acquired through spending time in the game at the frontline—or paying real-world money to unlock them.

This wasn't a new concept, but it was not popular with fans. The Force was not with EA, and after months of online abuse the company dropped the in-game commerce and attempted to win back customers by adding new, fan-friendly Star Wars content like classic characters and locations.

Tweets by @forbesindia
'Don't seek compliance until Delhi HC decides on Code of Ethics validity': Online news publishers to MIB
26/11 and the birth of an asset management firm in India