With France recently returning royal treasures taken from Benin in the 19th century, here is a recap of other disputes over artefacts looted from Europe's former African colonies 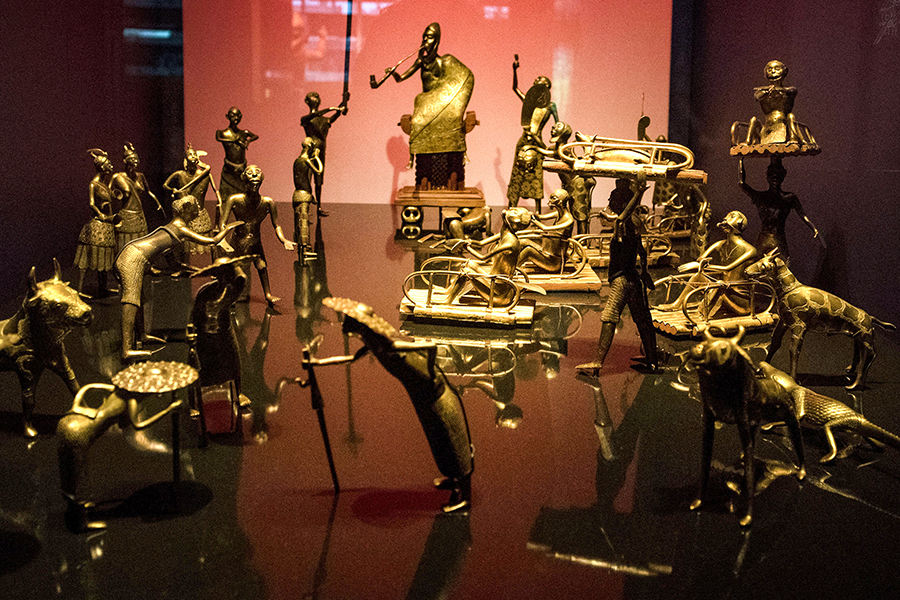 The Ato ceremony of the Kingdom of Dahomey, circa 1934, is pictured, on June 18, 2018 at the Quai Branly Museum-Jacques Chirac in Paris. Image: Gerard Julien/ AFP

In 2016 Benin demanded the repatriation of a part of its treasures from the Kingdom of Dahomey. They include totems, sceptres and sacred doors from the Royal Palaces of Aboma which are held at the Quai Branly museum in Paris. French troops took them between 1892 and 1894.

On Tuesday Macron hosted his Beninese counterpart Patrice Talon for a ceremony to return 26 of the treasures. A 2018 report by French experts recommended a change in the law and the return of artefacts held in museums to Africa.

Ivory Coast has also requested the return of more than 100 works of art, and Senegal has asked France to return all works taken from there.

In the first such move by a UK institution, a Cambridge University college last month handed back a bronze cockerel to Nigerian officials that had been looted in the 19th century.

It was taken along with hundreds of sacred sculptures and carvings known as the Benin Bronzes during a British military expedition in the former kingdom of Benin in southern Nigeria in 1897.

A day after the Cambridge move, the University of Aberdeen in Scotland handed another Benin bronze to the same Nigerian delegation.

Thousands of Benin Bronzes are held in museums across the United States and Europe.
The British Museum, which has the largest collection, refuses to return any of its bronzes.
It has long argued that its vast trove of foreign artefacts, such as the Elgin Marbles taken from the Parthenon in Athens, are best housed there.

Nigeria has also pushed for around 1,000 Benin Bronzes to be returned from Germany. In September Berlin agreed to give back hundreds, starting next July.

Belgium, which amassed thousands of objects during its brutal colonisation of what is now the Democratic Republic of Congo, is looking at ways of returning artefacts.
The process could take years.

Tweets by @forbesindia
Game on: Tesla, Mercedes, and Geely are in the race for rolling out electric trucks
Photo Of The Day: Britney is finally free