Airports That Don't Bore You While You Wait

Tired of duty-free shops? Here’s what you can do to let your hair down 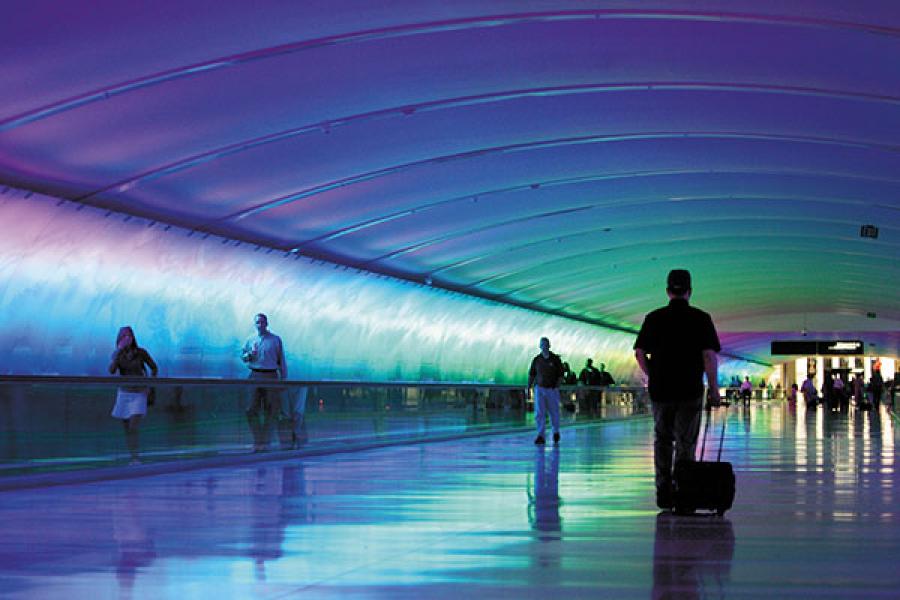 Detroit Metropolitan Wayne County Airport (Detroit)
There’s light inside the tunnel at Detroit airport. A surreal light-’n-music cameo at the psychedelic walkway that connects concourses B and C with the main complex at the McNamara terminal has travellers mesmerised. However, if it makes you dizzy, just switch it off while you pass through.

Mccarran International airport (Las Vegas)
Just check in, and gamble away at the slot machines. The stars might just be smiling on you even before you take to the skies. 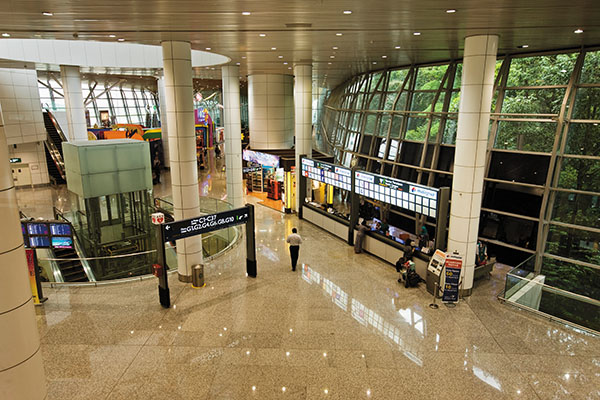 Image: CorbisKuala Lumpur International Airport (Kuala Lumpur)
It’s a jungle out here. Literally. The airport has transplanted a patch of Malaysian rainforest, so you can stroll amid the greens that are housed within spectacular glass-and-chrome confines.

Chep Lap Kok Airport (Hong Kong)
Move over recliners and mood lights. At Hong Kong international airport, unwind at the patch of undulating green that’s a nine-hole golf course created to US Golf Association standards. Time to tee off before you take off. 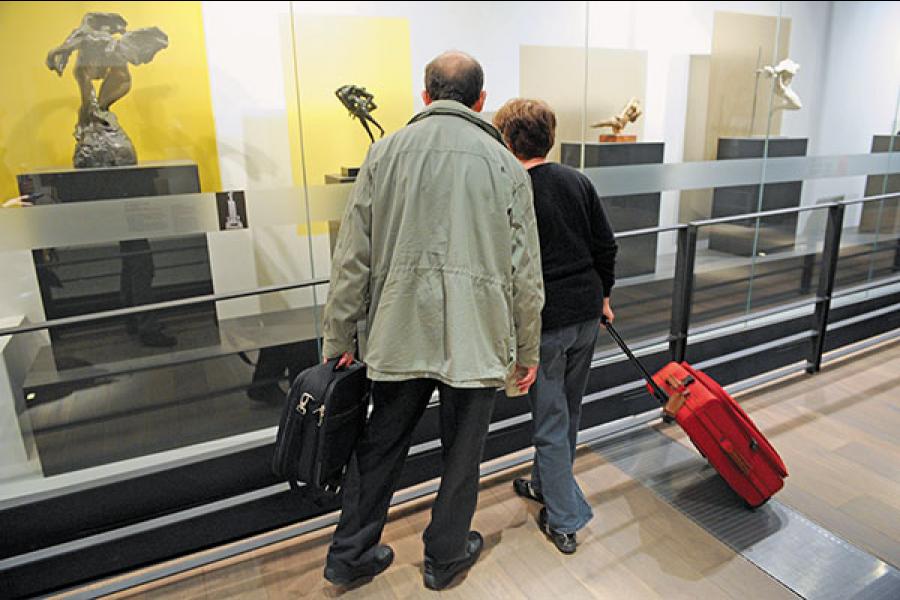 Charles De Gaulle Airport (Paris)
If you thought you’ve left behind the da Vincis and their ilk at Louvre, Paris airport has a lovely surprise for you, tucked between its cafés and lounges. In the biggest-of-its-kind venture, Charles de Gaulle airport inaugurated a museum space that exhibits famous sculptures by Auguste Rodin. Take a last dekko at art’s biggest names before you hop onto your flight.

Incheon Airport (Seoul)
Know a little more about South Korea while waiting at the airport. Incheon airport in Seoul gives you a taste of tradition at its cultural zone that houses a museum, a craft gallery as well as a culture street. 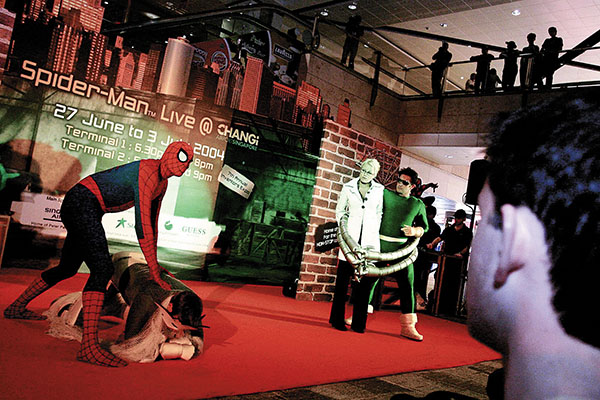 Changi Airport (Singapore)
Missed the latest flick? Catch it at Singapore’s Changi for free. The airport has theatres in terminals 2 and 3 with shows that run 24x7. Happy watching.

Schiphol Airport (Amsterdam)
At Amsterdam, love’s not in the air…it’s in abundance at the airport. The Schiphol airport, one of the best in the business, has a wedding chapel where hundreds tie the knot every day.