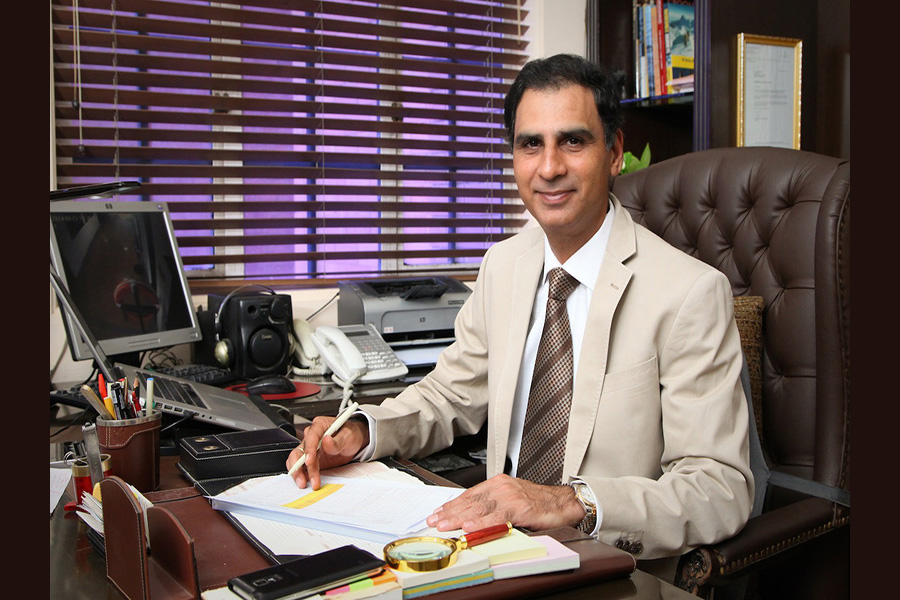 Dr CDR Kartikay Saini
Chairman, Scottish High International School
Years of experience: Over 35 years
Dr Saini is an Ex-Naval commander who served the Indian Navy for 15 long years and then switched to the corporate world. He is an alumnus of Sacred Heart Convent School, Ludhiana and The National Defense Academy, Khadakwasla Pune. The knowledge gained through his school, NDA and navy years is what propelled him forward to take on the challenges of the corporate world. He led two companies as the Chief Executive Officer after his Naval innings—Tobu India Private Limited and Eurotherm Hema Radiators India Limited (Indo-German joint venture). He is currently the Chairman of Scottish High International School and Special Olympics Bharat, an organisation mentoring 1.4 million athletes with intellectual disabilities in India. He is also on the Board of Special Olympics International mentoring 177 countries across the world. Here, he worked with Dr Timothy Shriver, the nephew of John F. Kennedy and the chairman. Dr Shriver’s role in establishing the Social Development Project at public schools in New Haven, Connecticut, setting up the Collaborative for Academic, Social and Emotional Learning at the University of Illinois, Chicago, and leading a movement for persons with intellectual disabilities boosted Dr Saini’s will to make a difference as he drew inspiration from him. Dr Saini earnestly looks up to him and admires his work. He abides by Dr Shriver’s famous quote, “We must have an audacious ambition and a restless dissatisfaction in the hear.”  Achievements
• The first Indian to be the Chairman of Asia Pacific Unified Sports, overseeing 30 countries.
• The first Indian to be on the Board of Special Olympics International Washington.
• Awarded the Derozio Award 2015 and Indian Achievers Award for Education Excellence.
• Commended by CNS for dedication and hard work in the Indian Navy.
• Awarded Gem of India 2004
• Recipient of Rashtriya Gaurav award 2010.
• Recipient of Indira Gandhi Sadbhavna Award 2010.
• Recipient of Shiksha Bharti Award 2011 from Indian Achievers forum.
• Received the Best Award for innovation in Special Education for the project Integration of children with Autism in regular mainstream school at World Education Summit.
• Received the Rajiv Gandhi Excellence Award and ISFI Award for his services to the Nation.
• Conferred honorary doctorate in Educational Entrepreneurship by European Continental University Delaware, USA.  Charting the path
Educational institutes that had in-built foundations of learning pedagogies, holistic learning, quality systems, multiple curricula And emphasis sports and co-curricular activities were rare to find. Realizing this shortage in quality education, Scottish High International School was established as a school that makes personalities and not just people. Challenges and Risks
Starting an institute that was unconventional with ISO standards, National and International Boards under the same roof, Foreign curricula of Cambridge, IGCSE and International Baccalaureate, longer duration, unique sports like fencing, archery, golf and equestrian, etc were a challenge in itself as a concept. Putting this concept into an idea, deriving a vision and a mission statement, and executing it into an operational task were seemingly impossible. Mindsets of people, including teachers, students and parents, challenges of multi curricula teaching, sustaining long hours of work for all the stakeholders, giving it corporate quality Standards, and corporate quality assessment procedures for conventional teachers—all this was an uphill task. Building an integrated setup for students with intellectual disability was one of the many challenges too. But with strong will, determination, and leadership, Scottish High was formed and is one of the top schools of India today.  Life Lessons
“One of the biggest risks that I have taken to achieve my goals, which finally turned out to be the biggest lesson I learnt was the risk to step out of your comfort zone. When I left a plum flourishing career in the Navy for 15 long years with a dream to become an Admiral one day, I stepped out of that zone to have a second innings in the civilian life. Setting up an unconventional school rather than a comfortable run-of-the-mill model was getting out of my comfort zone. Moving on to add one curriculum after another and another despite a well settled and successful school was getting out of my comfort zone. The rest is history. Therefore, always the risk was to reach one pinnacle just short of the happy downhill journey, aiming for the next pinnacle and start moving upwards with a risk to scale that and aim for one more. The journey continues. I believe in people first, than disbelieve. I delegate and trust people rather than mistrust. I lead by example and believe in charismatic and dynamic leadership rather than democratic and dictatorial. I believe in forgiveness and in focusing on the strengths of every human being as an advantage rather than focusing on their weakness. I believe in never looking back at a failure. Every lesson in life is to be learnt but not to be mourned forever.” Disclaimer: The pages slugged ‘Brand Connect’ are equivalent to advertisements and are not written and produced by Forbes India journalists.