As India stumbles, one state charts its own Covid-19 course 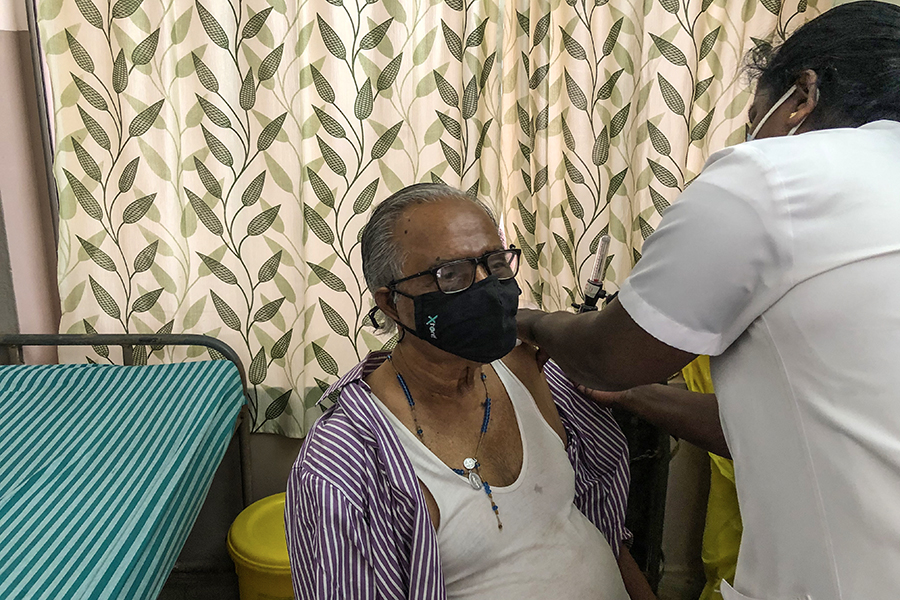 An 80+-year-old person getting his first dose of Covishield vaccine in a private hospital in Kalpetta, Kerala on 6th April 2021. Photo by: Mexy Xavier