A quarter-century after the princess admitted infidelity in a landmark interview with Martin Bashir, the journalist is facing renewed accusations of behaving unethically to secure the scoop 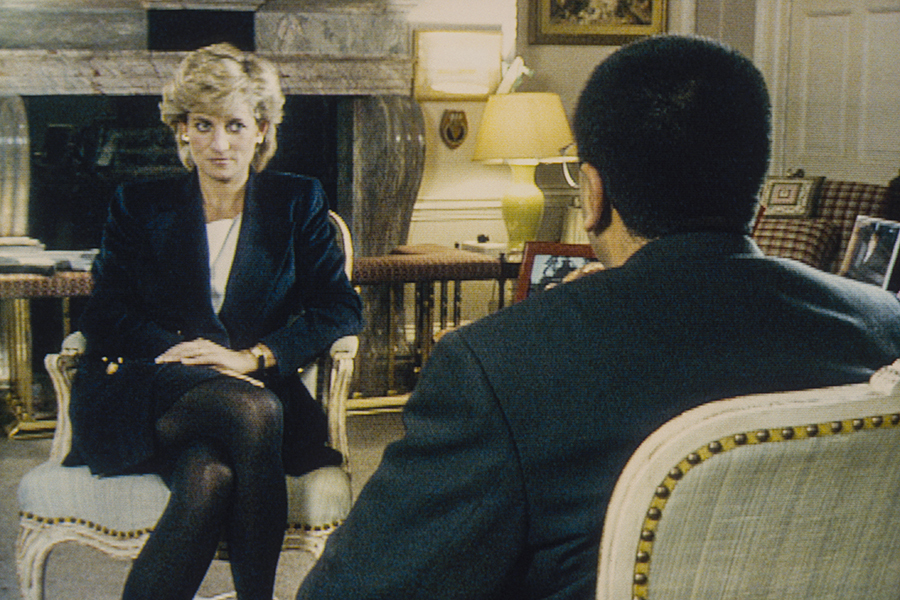 The extraordinarily candid interview with Diana, Princess of Wales, in 1995 — in which she spoke of her “crowded” marriage to Prince Charles, admitted an affair of her own and told how in her despair she suffered from “rampant bulimia” — rocked England. Hailed by British journalists at the time as “the scoop of the century,” it was viewed by an estimated 23 million people and catapulted her BBC interviewer, Martin Bashir, to an international profile. But this week, questions about how Bashir secured the interview have resurfaced in a two-part documentary that aired on the British network ITV on Monday and Tuesday, including allegations that Bashir used dishonest tactics to earn Diana’s trust and persuade her into the interview. Specifically, the documentary claims that doctored bank statements — purportedly proving that royal employees close to the princess were being paid for spying on her — were used to gain Diana’s trust. The BBC, which aired the interview on its “Panorama” program and sold international rights for $1.6 million, announced that it would open an independent investigation into the allegations. “The BBC is taking this very seriously, and we want to get to the truth,” Tim Davie, the corporation’s director general, said Monday. “We are in the process of commissioning a robust and independent investigation.” Bashir, now the religion editor of BBC News, has in the past faced questions about the tactics he used to secure the interview only to be exonerated in an earlier BBC internal investigation. He has been unable to respond to the latest allegations because he is sick. The BBC has reported that he has been recovering from quadruple heart bypass surgery and complications from COVID-19, which he contracted earlier in the year. Neither the BBC nor Bashir immediately offered further comment. Diana, who was legally separated from Prince Charles at the time of the interview but not yet divorced, died in 1997 in a car crash in Paris at age 36. Michael Grade, a former BBC chairman, called the allegations “a very, very serious matter,” in a radio interview with the corporation, adding it left “a dark cloud hanging over BBC journalism.” Even before the interview aired in 1995, it was the subject of widespread scrutiny and speculation. Aware of how sensitive it was, the BBC conducted the interview in such secrecy that its chairman at the time, Marmaduke Hussey, was not told about it, reportedly for fear that he would tell his wife, a lady-in-waiting to the queen. On the weekend it aired, Bashir went into hiding to avoid the crush of media. The interview was conducted without the blessing of Queen Elizabeth II and enraged Buckingham Palace, leading the royal family to reconsider its relationship with the nation’s public broadcaster. The BBC ordered an investigation into allegations of impropriety in 1996, and Bashir was cleared of wrongdoing by the corporation’s news chief at the time, Tony Hall. Hall himself later went on to lead the BBC, retiring as its director general in August this year. Internal documents obtained in a Freedom of Information request by journalist Andy Webb, who directed a documentary about the interview for another British network, Channel 4, show that Hall cleared Bashir while punishing a graphic designer, Matthias Wiessler, who produced the altered bank statements. According to the documents, reported in the ITV documentary, Hall said that while Bashir was “an honest man” who was “deeply remorseful,” Wiessler would never work at the BBC again because he had spoken to the media about the events. Speaking publicly for the first time, Wiessler said in an interview for the ITV documentary that the internal documents made it clear that he had been used as a scapegoat. He went on to claim that Bashir had asked him to mock up bank statements to be used as props for “filming purposes.” He said that he did not know what they were used for until the interview aired. When he approached BBC managers about his concerns, he said, he was cautioned not to speak to the media. But after an unsatisfying confrontation with Bashir, he ultimately spoke to a journalist, which helped set off the first inquiry. “I quite clearly felt that I was the one that was going to be the fall guy in this story,” Wiessler said. His contract was not renewed, and he ultimately left the industry when work dried up, he said. In a statement, Hall told BBC radio that the original investigation had focused on whether the princess had been misled, and that the corporation’s new inquiry would doubtless look at this alongside any new issues raised. He did not immediately respond to further requests for comment. Bashir later moved to the United States and worked for ABC News and then as a political commentator for MSNBC. He resigned over denigrating comments he made about Sarah Palin in 2013 and later returned to the BBC. The new revelations have reinvigorated questions over the media’s relationship with the princess and come after a sustained campaign by her brother, Earl Spencer, raising questions about how the interview was obtained. “I knew that Martin Bashir used fake bank statements and other dishonesty to get my sister to do the interview,” the earl said Sunday on Twitter, adding that he had only recently discovered that the BBC not only knew, but “covered it up.” Wiessler told ITV that he wanted an apology, and that at the time BBC’s senior management, producers and presenters were “protecting themselves at all costs.” He told the BBC on Tuesday that Bashir needed to speak out publicly. “He’s the only one that has the answers,” he said.