BuzzFeed, the digital publisher known for viral content, announced its plan to go public through a merger with a special purpose acquisition company, signalling a shift in the business strategy of the once high-flying media startup 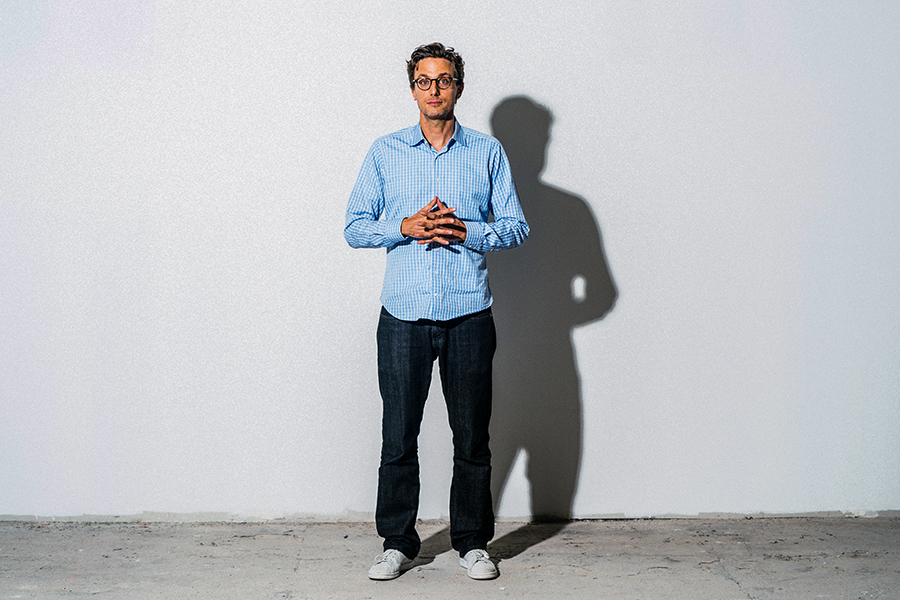 Jonah Peretti, the chief executive of BuzzFeed, in New York on Aug. 31, 2016. BuzzFeed, the digital publisher known for viral content, announced on Thursday, June 24, 2021, its plan to go public through a merger with a special purpose acquisition company, signaling a shift in the business strategy of the once high-flying media start-up.
Image: Cole Wilson/The New York Times

BuzzFeed, the digital publisher known for viral content, announced Thursday its plan to go public through a merger with a special purpose acquisition company, signaling a shift in the business strategy of the once high-flying media startup.
BuzzFeed said it planned to merge with a publicly listed shell company, 890 Fifth Avenue Partners, in what is known as a SPAC deal. It will be valued at $1.5 billion, a decline from its 2016 valuation of $1.7 billion. As part of the proposed transaction, BuzzFeed will raise $438 million, with $150 million of that coming as debt financing.
BuzzFeed also announced that it would acquire Complex Networks in the deal for a total of $300 million, with $200 million in cash and the rest in stock. Known primarily for its pop culture coverage, Complex also hosts events on food, sports and sneaker collecting.
Jonah Peretti, founder and CEO of BuzzFeed, announced the merger at a news conference at the company’s Manhattan headquarters. “This is a very exciting day for BuzzFeed and a great day for our employees and our partners,” he said.
Once seen as the future of the media, BuzzFeed has become something of an outlier in an industry that has lately rewarded subscription-driven publications and newsletter platforms. If the investors in 890 Fifth Avenue vote in favor of the transaction, BuzzFeed expects to close the deal by the end of the year and the shares will trade under ticker symbol BZFD.
Adam Rothstein, executive chairman of 890 Fifth Avenue Partners and a venture investor known for investments in Israeli tech startups, will join BuzzFeed’s board. Made up of veterans from the worlds of finance and media, the company’s board members include current and former executives at ESPN, NBC, Playboy, Martha Stewart Living Omnimedia, Subversive Capital and the A&E cable network.
It is unclear if BuzzFeed’s shareholders, which include media giants like NBCUniversal, venture capitalists and a raft of current and former BuzzFeed employees, will be able to cash out as soon as the company goes public. It is not unusual for shareholders to have to wait in what is known as a lockup period.
Peretti’s growth strategy appears to hinge on acquiring companies — in part to gain leverage over major distributors like Google and Facebook, but also because BuzzFeed has yet to achieve the kind of needed scale on its own.
In 2018, he quietly sought possible mergers with competitors such as Vice Media, Group Nine and Vox Media. In November, Peretti orchestrated BuzzFeed’s acquisition of HuffPost, the site he helped found in 2005 with Arianna Huffington and investor Kenneth Lerer.
With the addition of Complex, BuzzFeed expects revenue to grow 24% to $521 million this year with pretax profit of about $57 million. Next year, it estimates revenue will hit $654 million and pretax profit of $117 million.
Still, that may not be enough.
“We’ll have opportunities to pursue more acquisitions, and there are more exciting companies out there that we want to pursue,” Peretti said during the news conference Thursday.
When asked which companies he might look to acquire, he responded, “I don’t know, you have any ideas?”
Hatched out of a small office in New York’s Chinatown in 2006, when Peretti was the chief technology officer of The Huffington Post, BuzzFeed started as an experiment in creating content meant to be shared on the web. He left what is now HuffPost in 2011, after AOL bought it for $315 million, and ended up transforming his project into a stand-alone media company with the help of $35 million from investors.
BuzzFeed soon became one of the fastest-growing digital publishers, eventually raising $500 million, and was hailed as the future of news media. But in recent years, it has missed ambitious revenue targets and some of its investors have agitated for a sale.
After a series of layoffs in 2019, BuzzFeed started to diversify its business, selling branded cookware and ramping up its product recommendation section, garnering a commission on each sale through affiliate agreements with Amazon and other companies.
“Our model evolved,” Peretti said in an interview last year.
SPAC deals, once an arcane Wall Street maneuver, have become more common over the last year. Special purpose acquisition companies — shell corporations that list on a stock exchange — are usually created with the goal of buying a private business and taking it public.
Group Nine, a BuzzFeed rival, has gone a different route. It created an SPAC of its own in December, with the aim of finding a company to acquire before going public.

Tweets by @forbes_india
JioPhone Next to launch Sep 10; Twitter partners with Razorpay for Tip Jar in India; and Meghna Suryakumar on enabling fintech at Crediwatch
This is the plan to rescue poor countries from the pandemic