Through the use of technology, this e-library application is taking homegrown children's literature to a wider audience 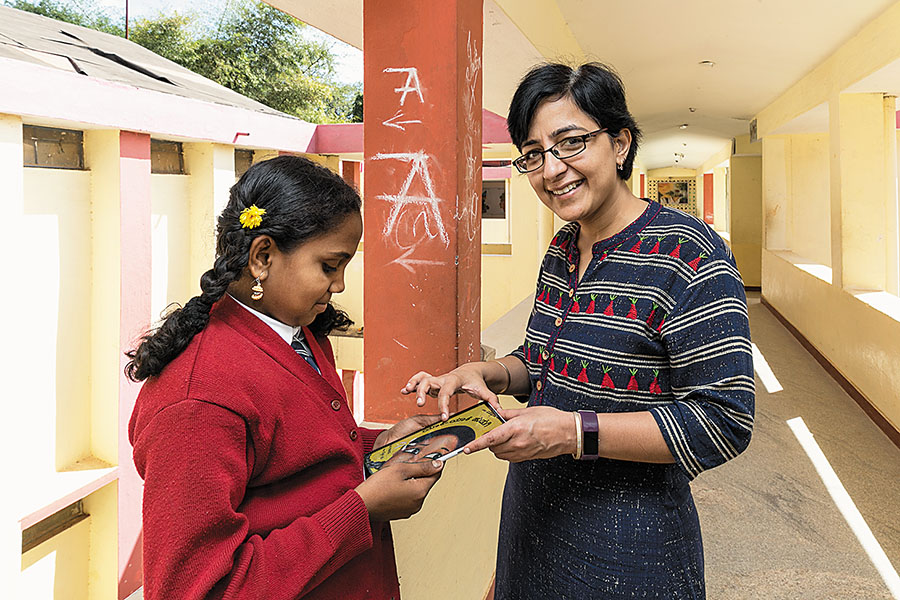 Kitablet programme manager Parul Bajaj with Anupriya, a Class 6 student at a Navodaya in Bengaluru
Image: Madhu Kapparath
At a Jawahar Navodaya Vidyalaya (a government-run residential school for meritorious underprivileged kids) in Bengaluru, students of Class 6 were glued to the screens of their tablets in their ‘smart class’, a CSR initiative by Samsung to take digital education to the bottom of the pyramid. But it wasn’t a video they were watching. These sixth graders were reading books through Kitablet, an e-library application.

Launched in 2016 by Tata Trusts, Kitablet is an online library for children that brings a curated selection of storybooks from Indian publishers on one platform, thus reaching a larger audience through the use of technology. “Often, when left to market sources, some of these books might not find their way to bookstores,” says Parul Bajaj, programme manager, Kitablet. 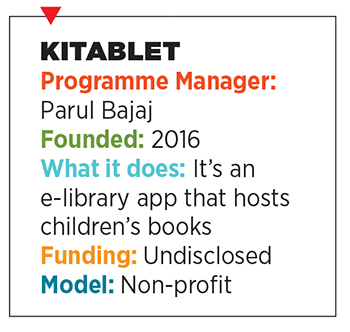 Ever since its launch, the initiative has been an incubatee of Social Alpha that helped them with product management and key strategies. As part of the pilot programme in 2016, the application was taken to some private schools in Bengaluru and New Delhi and three Jawahar Navodaya Vidyalayas across Bengaluru. “The initial plan was to build a paid subscription based e-library of storybooks by Indian publishers for children of Classes 1-8, but we realised urban children were not reading as much digitally, and the ones who were, were reading mostly foreign publishers and authors,” says Bajaj.

So Kitablet continued the programme as a non-profit with the Navodayas as children from underprivileged backgrounds had no such biases. Kitablet has tied up with publishers like Amar Chitra Katha, Eklavya, Pratham Books and niche publishers like Jyotsna Prakashan and TERI Press.

“The books on Kitablet are interactive, with a minimal level of animation, not entirely video, but just enough to keep the child interested,” says Bajaj.

At present, of the 200 books on Kitablet, about two-thirds are in English and the rest are in Hindi. “This year we will be moving to about 40 Navodayas, 20 in South India and 20 in the Northeast. And we plan to add Kannada and Telugu books as well,” says Bajaj.