In seven years, the company has provided mortgages to 23,000 low-income householders with its loan book growing at 78 percent annually 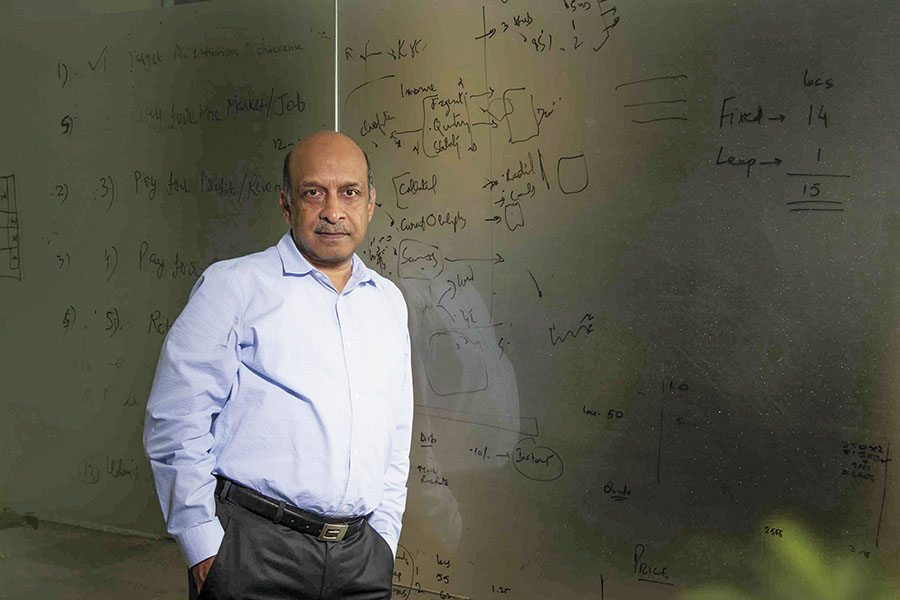 How does one lend to a consumer who doesn’t have a regular income, let alone a salary slip? Someone who has no credit history and, at times, no clear idea of his monthly expenses as well? And significantly, a consumer who is almost always a first-time borrower?

It was a puzzle Anil Mehta, 56, and his team at India Shelter Finance Corporation Ltd set out to solve in 2010. “Most of my experience had been in lending and the idea was to do something I knew along with a bunch of like-minded people,” says Mehta, who had worked in several companies, including ANZ Grindlays, HDFC, Bank of America, American Express and Max New York Life Insurance, before he decided to get into microloans. Teaming up with Sanjay Gupta, who is now managing director of PNB Housing Finance and on the board of India Shelter, and Srinath Mukherjee, a consultant, Mehta started out with lending to borrowers who went in for home extensions.

Initially, the loans were limited to ₹1 lakh, with a loan-to-value ratio of about 10-12 percent. The company soon came up with a model that allowed it to identify borrowers and, in time, it also evolved a checklist of requirements for the home extension loans.

First, there must be multiple earners in the house. Second, they should have invested in the title of the property. Third, a woman should be a co-borrower and ideally the first borrower. Fourth, the household must have an idea of its expenses. Fifth, the family must have a bank account. (India Shelter does not disburse cash.) Last, it would not give loans for buying homes, only for extensions. Mehta says these judgement calls “allowed them to, over the years, evolve a more rigid template on how to assess creditworthiness”.

Today, it also gives home loans and the loan-to-value ratio for the whole portfolio is 35 percent. The average loan size is ₹6 lakh though the amount can go as high as ₹25 lakh. The gross NPA is 0.64 percent for loans outstanding for more than 90 days and India Shelter has granted 23,000 loans since inception of which 18,000 are outstanding. 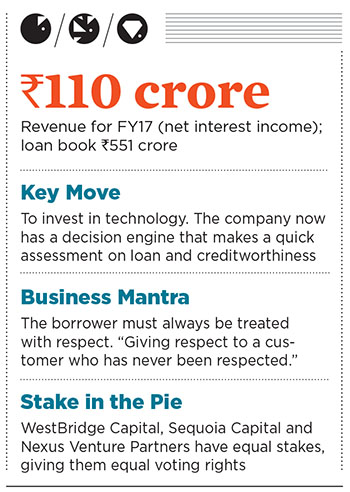 What sets it apart, though, is that right from the beginning India Shelter also invested heavily in technology as the company knew it would help them keep the costs of disbursement and collection low. India Shelter has gathered information on occupational value (for instance, how much a driver in Kota makes) and collateral values of properties across the areas it operates in. This allows it to make a more informed credit assessment than it would have done when it started. It has also made minor tweaks to its initial model—money is now collected every month instead of every fortnight earlier as, “we realised that even though the borrower might be earning every day, his financial clock still ticks monthly”, says Mehta.

The person behind it
While Mehta takes pains to stress that the success of India Shelter is a result of teamwork, there is no getting away from the fact that he had a clear vision. According to GV Ravishankar, managing director at Sequoia Capital, Mehta, who had made a career in the lending business, “saw the opportunity ahead of many others before the segment became widely understood as attractive”. The decision to invest in the right technology platforms was also his.

Mehta has also instituted a stock option plan to ensure that employees are both adequately compensated and sufficiently motivated. Even loan officers who earn ₹12,000 a month are part of the employee stock ownership plan.

Why it is a gem
The micro-loans-for-homes segment comes with its own set of challenges. It takes time to identify the creditworthiness of borrowers and the process is not one that can be crunched. A company needs to have robust data from borrowers to make an informed assessment of the types of borrowers that are likely to default. In 2015, the company invested in a decision engine where salient details of the borrower are entered and it immediately provides a decision. Sixty percent of loans are now given through this method and the company’s loan book, currently at ₹551 crore, has grown at a CAGR of 78 percent since 2010. India Shelter has also erred on the side of caution on over-capitalising itself. Its net worth stands at ₹357 crore.

The company’s technological platform has helped standardise the credit assessment as well as disbursal of loans. This allows loan officers to stick to pre-decided parameters and also ensures that discretion is eliminated. It also does away with the need for the company to check with the headquarters before disbursing a loan. “We believe Anil and his team are building a differentiated business—one that focuses on ensuring high credit quality and high operations efficiency through a rigorous credit process combined with significant use of technology,” says Ravishankar of Sequoia, which invested in the company in its first round of fund raising in 2011.

Risks and challenges
The most obvious risk for a lending business is that of buyers defaulting on loans. The fact that India Shelter has been growing its loan book at 78 percent every year means there is a risk of default if strict underwriting standards are not maintained. Mehta is extremely conscious about this. As Sunil Jain, the CFO, points out, “We still provide only 35-37 percent of the property value as the loan amount.” But that awareness, coupled with the fact that India Shelter’s NPAs above 90 days is less than 1 percent, means that the company could well have a winning proposition on its hands.