What kind of future do people want to have? Intel's futurist Brian Johnson studies that and then helps design chips that make such a future possible 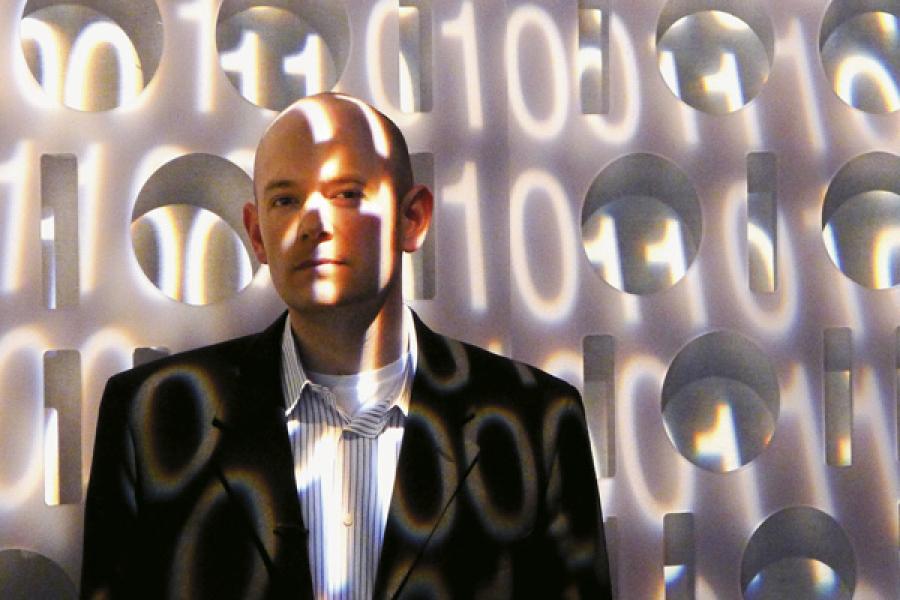 It’s not often that you meet a corporate futurist. So when you meet one, you are tempted to ask the obvious: What does the future look like?

Brian D Johnson, the futurist at Intel, says he doesn’t make predictions, because the future is always in motion. If somebody makes predictions, then he does not comprehend the complexity of it and is probably trying to sell you something, he says. Instead, what he does is look 10 to 15 years ahead, roughly estimate what the future is going to be like and then work to build it. “I don’t want to be right; I want to get it right,” he says.

Johnson was appointed the Intel futurist in 2010. He travels around the world talking to a variety of people, figuring out what kind of future they want to have or avoid; how they perceive or use technology. He then uses that information to build models which help design chips that make such a future possible.

That future, according to him, is one where computational power and zero size computing — chips so small (seven nanometers) that they can be inserted into anything — will mean technology gets more human. Our phones and other devices will literally know who we are, even as we walk into a room or boot up a system. At work, computers will know whether the user is an introvert or an extrovert, what time of the day she is more productive, what kind of humour cracks her up and at what time of the day, and so on.

As a piece of artificial intelligence, Siri, a built-in digital personal assistant in iPhone 4S, might not be great, but it’s a start, he says. (He now uses a Samsung Galaxy 3S.) “I’ve been telling my company that people want their technology to have a sense of humour…we feel closer to it, we learn quickly.”

As an example of personalisation, he quotes his colleague Genevieve Bell, an anthropologist at Intel Futures Lab, who thinks the smartphone should know that the owner is in a pub and doesn’t allow him to post on Facebook. “Now think what it would do,” he says with a grin. For years we’ve had to tailor ourselves to the machines, now it’s going to be the other way round. It’s starting to happen and it can bring some serious productivity change, he believes.

Besides studying people, Johnson digs into science fiction for ideas. And since good fiction is about people, good science fiction is also about people and character. Such a language allows him to prototype the human impact of technology which he then takes to his engineers to show what a particular experience might be like. Through Project Tomorrow — an interactive communication initiative that is currently on in the UK and will move to Brazil and South Korea next year — he releases the conversation to the public to see if they like the future.

The narrative matters to him. Just as his conversations and talks are peppered with metaphors from the past, stories of the mechanical duck (created by Jacques de Vaucanson in 1739), Frankenstein’s monster or the flying ‘vimana’ mentioned in the Ramayana, his books tell a story of the future that people can associate with. His next book, Vintage Tomorrow, will be out in September.

When you are building for that future, you can’t punt. It’s a big deal. “Which is why we need to change the story that people tell themselves about the future they will live in. You have control over that future, [it] doesn’t matter whether you are a scientist, engineer, sociologist, or in media.”

That’s perhaps easier said than done. Look at how smartphones have invaded our lives.

“Can smartphones kill us? That’s a bad narrative,” he counters. We needn’t fear the future of technology; instead we ought to ask the right questions. These devices have not been around for a long time so we don’t really have the norms around what is acceptable and what is not. Let’s have a cultural conversation around it, he suggests.

Building a future on the relationship between humans and technologies has its own perils: Being off the mark. But getting it wrong is not a “binary thing” for Johnson, though he admits he’s had to do course correction. When Intel began making chips for set-top boxes, it started on the assumption of video-on-demand. But as companies failed miserably in converting TVs into computers, the futurist in him had to find out what people love about TV. It became clear that watching television is like a “social act”. So chips were designed accordingly and today we have TV and internet on the same screen, two to four layers of HD video overlaid with HTML.

In the end, says Johnson, technology is about culture. “We don’t study markets, we study people; it doesn’t matter where they are. We go to every continent, except Antarctica.”