The last year has been tough on these business leaders, and has resulted in their exit from the rich list in 2015

Murugappa Family
Tube Investments, EID Parry
No. 72 in 2014
Recent years can be considered tough for this large family, and this is reflected in its exit from the list. The 114-year-old Murugappa Group, which spans 28 businesses including commodities, fertilisers, engineering and financial services, saw its flagship company, Tube Investments, an auto engineering and bicycle manufacturer, register lower profits while another group company, EID Parry, which manufactures sugar, reported a bigger loss. The EID Parry stock price has nearly halved to Rs 128.45 in the last year, at the BSE. In May this year, Sebi slapped a charge of insider trading against the executive chairman of the Murugappa Group, A Vellayan, and three other individuals for sharing price-sensitive information regarding the acquisition of Sabero Organics Gujarat Ltd by Coromandel International, a group company, to some individuals who traded in Sabero shares on this basis. Vellayan stepped down from his post a day later. 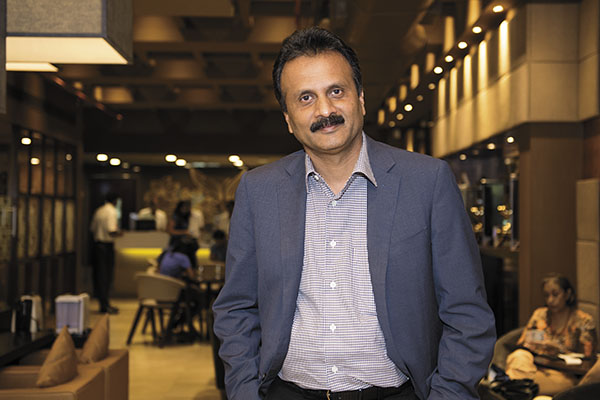 Image: Mexy Xavier
V G Siddhartha
Coffee Day Entrerprises
No. 75 in 2014
This entrepreneur witnessed a sharp downturn in fortunes last year. His Coffee Day Enterprises—which runs the retail café chain Café Coffee Day—faced challenges in the form of subdued international coffee prices (which hit a 19-month-low in August 2015); growing domestic competition as Starbucks expands its India presence; and lower-than-expected growth in his wealth management firm and furniture business. His company has been planning an IPO for long, and it is expected to take place in the coming days. However, despite the rapidly changing lifestyle across urban India and the growing demand for coffee, profitability and scalability for retail coffee outlets will become a real concern in the coming years. 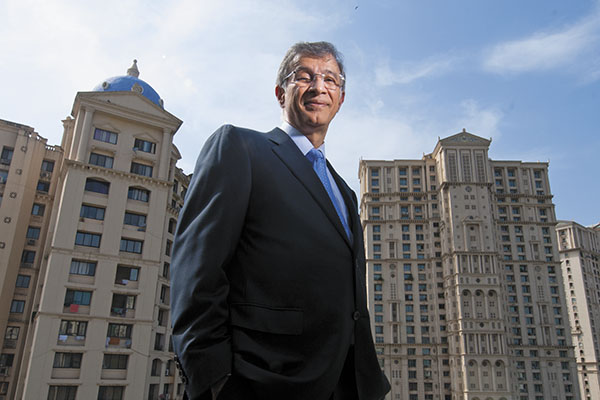 Image: Joshua Navalkar
Niranjan Hiranandani
Hiranandani Group
No. 79 in 2014
With a net worth of $1.08 billion estimated by Forbes, real estate tycoon Niranjan Hiranandani, co-founder of the Hiranandani Group, has slipped out of the list of 100 richest Indians this year. Hiranandani’s exit can be connected to the slump in fortunes for the real estate industry in which he operates. Prices are correcting in most tier I and tier II cities alongside sharp drops in transaction and new launch volumes. Banks have also shied away from lending to developers, thus impacting new projects. The Reserve Bank of India’s Housing Price Index suggests that prices have moderated on a pan-India basis, while data from property websites suggest a deeper slowdown in India’s large cities, with prices falling by 7 to 18 percent year-on-year. Over the next year, the outlook remains pessimistic for Indian property developers and challenges including stagnant prices and flat sales will persist. 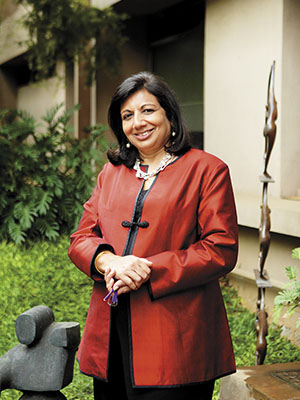 Kiran Mazumdar-Shaw
Biocon
No. 81 in 2014
Mazumdar-Shaw, the founder of India’s largest listed bio-pharma firm, Biocon, saw her wealth decline due to an over 11 percent dip in her company’s shares on the BSE during the year. Though Biocon’s earnings have remained muted, the company’s under-performance on the bourses over the last year is more a function of the relative better performance of other listed peers in the Indian pharmaceuticals space that cater to the lucrative generic drugs market in the US and other countries. However, with the successful listing of Syngene, Biocon’s clinical research subsidiary, in August 2015, and the adoption of biosimilars as substitutes for generic drugs in the US improving, the company may regain lost ground next year.

Ajay Kalsi
Indus Gas
No. 85 in 2014
This oil and gas entrepreneur has seen a regular drop in fortunes and ranks over the past four years on the Forbes India Rich List. From being the 28th richest person in India in 2012 (his wealth then was $2.3 billion), Kalsi has now dropped out of the 2015 list altogether. In previous years, the stock was impacted due to uncertainty and delays in the pricing of natural gas by the earlier Indian government. In the past year, the shares of his London-listed energy outfit Indus Gas—which Kalsi had founded—have fallen nearly 70 percent. Much of the malaise can be attributed to a reducing demand for oil and gas across several large economies.

M G George Muthoot
Muthoot Finance
No. 92 in 2014
George Muthoot, with his three brothers, runs the Muthoot Group which was founded by his grandfather in 1887. Muthoot Finance, the flagship firm, which is in the business of lending against gold, foreign exchange, insurance and housing finance, reported flattish growth in the quarter ended June. Factors like a slowing economy, sluggish gold prices, weak demand for the precious metal and a near 15 percent drop in the company’s stock price, have impacted their business and fortunes. The group has diversified into other financial services sectors recently and could perform better in coming years.