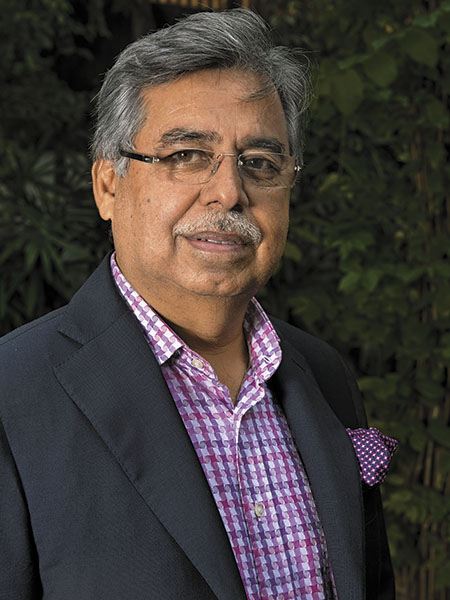 Pawan Munjal
$3.65 billion
Rich List rank: 29
Pawan Munjal takes his father’s place in the 2016 Forbes India Rich List (Brijmohan Lall Munjal, the founder of the Hero Group who passed away in November last year, was ranked No. 27 in the 2015 Forbes India Rich List). Despite operating in a highly competitive and volatile auto industry, Hero MotoCorp has managed to retain its dominant position in the two-wheeler segment. During FY16, the country’s largest two-wheeler maker recorded sales of over 6.6 million units (bikes and scooters) in the domestic market. Hero parted ways with its long-term partner and Japanese automaker Honda Motor Company in December 2010 and since then, Pawan Munjal, 62, who was recently appointed chairman, managing director and CEO of Hero MotoCorp, has been instrumental in driving the company’s expansion in foreign markets. Last year, the company opened its first overseas facility in Colombia and in the current fiscal it plans to launch its second overseas plant in Bangladesh. Earlier this year, the billionaire entrepreneur also invested Rs 850 crore to set up a research facility, with over 500 engineers, in Jaipur.
Image: Amit Verma

Acharya Balkrishna
$2.5 billion
Rich List rank: 48
Riding on Patanjali Ayurved’s stratospheric success, co-founder Acharya Balkrishna makes his debut on the 2016 Forbes India Rich List. The self-made billionaire holds 97 percent in the consumer goods company that he started in 2006 along with his childhood friend and yoga guru Baba Ramdev. While Ramdev doesn’t hold any stake in the business, he has been instrumental in building the company’s brand equity. Ramdev’s popularity with his millions of disciples has given the homegrown player an edge in an industry dominated by global giants such as Unilever, Procter & Gamble and Colgate. Apart from running the FMCG business, Balkrishna, 44, also oversees 5,000 Patanjali clinics and health care centres, and operates a yoga and ayurveda research institute. He is also the founder of the University of Patanjali in Haridwar. According to the company, Patanjali Ayurved, which sells personal care, home care, food and health care products under its brand, recorded net sales of Rs 5,000 crore for FY16.

Satish Mehta
$1.6 billion
Rich List rank: 82
From being a domestic player, Satish Mehta’s Emcure Pharmaceuticals today has made its presence felt in the global branded generic drug market with 60 percent of its revenues coming from overseas, largely North America. The Pune-based company that 65-year-old Mehta, managing director and CEO, founded in 1981 as a contract drug manufacturer for multinationals, today sells its branded generic products in 65 countries and operates nine manufacturing facilities including one in the US. The sustained growth of Emcure has ensured Mehta’s place on the list. Earlier this year, the unlisted company, in which private equity firm Bain Capital has invested, was faced with a crisis when the US Food and Drug Administration issued a warning letter saying the regulator had inspected the company’s facility at Hinjewadi, Pune, and found “significant violations” of standard manufacturing practices. 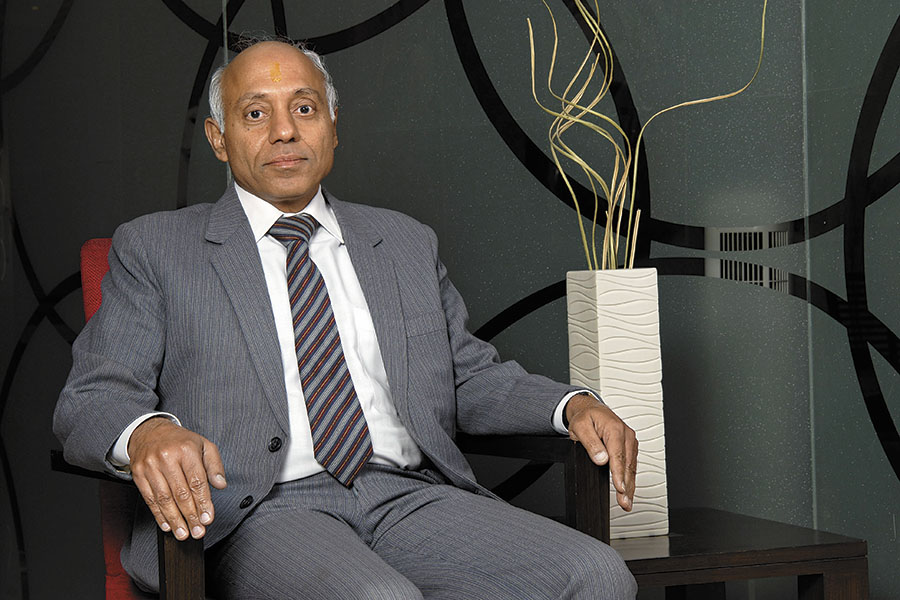 Jai Hari & Yadu Hari Dalmia
$1.5 billion
Rich List rank: 88
The Dalmia brothers Jai Hari, 71, and Yadu Hari, 69, make an entry into the Forbes India Rich List as the share prices of their cement company surged in the beginning of the current fiscal. Benefiting from rising demand, cement maker Dalmia Bharat recorded a 76 percent year-on-year jump in profit in the first quarter of this fiscal, moving its share price up by 120 percent between April and September this year, which outperformed those of peers such as UltraTech Cement, Shree Cement and ACC. The siblings inherited India’s fourth-largest cement company from their father Jaidayal Dalmia, who set up the cement business in 1939. The group’s other businesses include sugar and energy and the company, headquartered in New Delhi, counts private equity major KKR as its largest institutional shareholder. 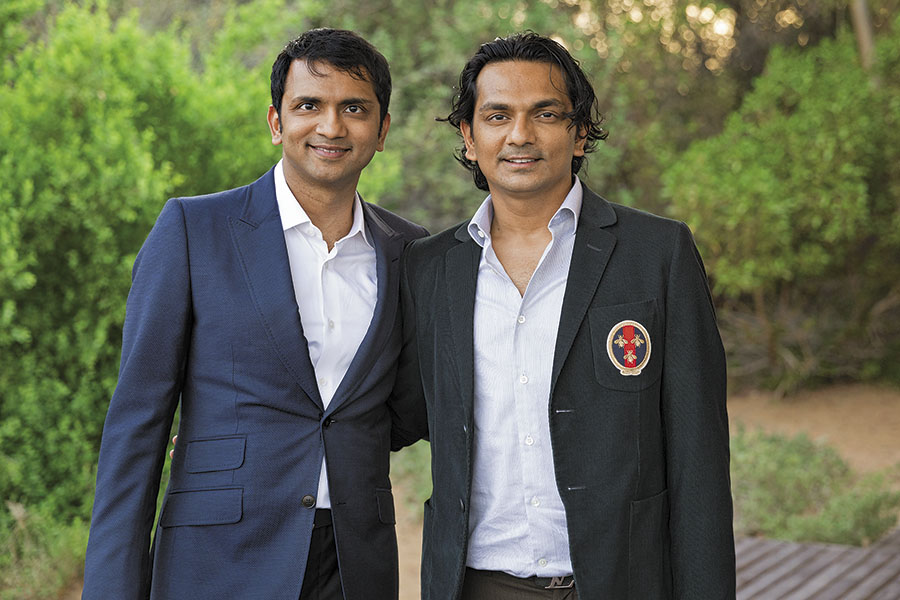 Bhavin & Divyank Turakhia
$1.3 billion
Rich List rank: 95
The siblings are one of the new breed of successful tech entrepreneurs from India who have made it to the billion-dollar club quite early in their career. In August, Divyank, 34, sold his advertising-technology startup Media.net for a staggering $900 million to a group of Chinese investors. Bhavin, 36, played a key role in the negotiation of the deal. This, along with their personal investments and other exits, made for the debut of the Turakhia brothers on the 2016 Forbes India Rich List.

The tech duo has had other exits prior to this deal, including sale of their web-hosting business for $160 million to Nasdaq-listed Endurance Group in 2014. Since their teens, the brothers have been involved in creating businesses such as voice and messaging services, web hosting, cloud infrastructure, etc. The duo founded technology company Directi in 1998 as teenagers. At present, Directi has over 1,500 employees with offices in Mumbai, Delhi, Bengaluru, Dubai, New York, Zurich and other cities. 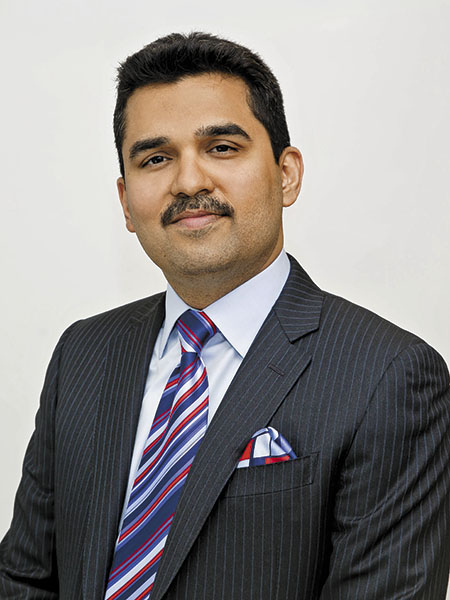 Shamsheer Vayalil
$1.27 billion
Rich List rank: 98
Born into a business family in Kerala, Shamsheer Vayalil, 39, always wanted to become an entrepreneur. A radiologist, he founded VPS Healthcare in 2007 and opened a hospital in Abu Dhabi. Today, he
runs a network of hospital chains, medical centres, clinics and pharmacies across the GCC countries and India, including Abu Dhabi’s largest private tertiary centre, Burjeel Hospital, also considered VPS’s flagship hospital. This year, VPS forayed into the Indian market with the acquisition of Lakeshore Hospital, one of the largest super-speciality hospitals in Kochi, followed by the acquisition of New-Delhi based Rockland Hospitals in July. He is also the son-in-law of billionaire entrepreneur MA Yusuff Ali, who is No. 25 in the 2016 Forbes India Rich List.

Tweets by @forbesindia
Decoding Ratan Tata's message to colleagues
The damage is done. How will the Tata board heal the rift?